Home Real Housewives of Orange County News Vicki Gunvalson Responds After Jim Edmonds Proclaims She “Sucks,” Plus She Shades RHOC Costars Who are ‘Dependent’ on Bravo Paychecks and Says Entire Cast is “Replaceable”

Vicki Gunvalson Responds After Jim Edmonds Proclaims She “Sucks,” Plus She Shades RHOC Costars Who are ‘Dependent’ on Bravo Paychecks and Says Entire Cast is “Replaceable” 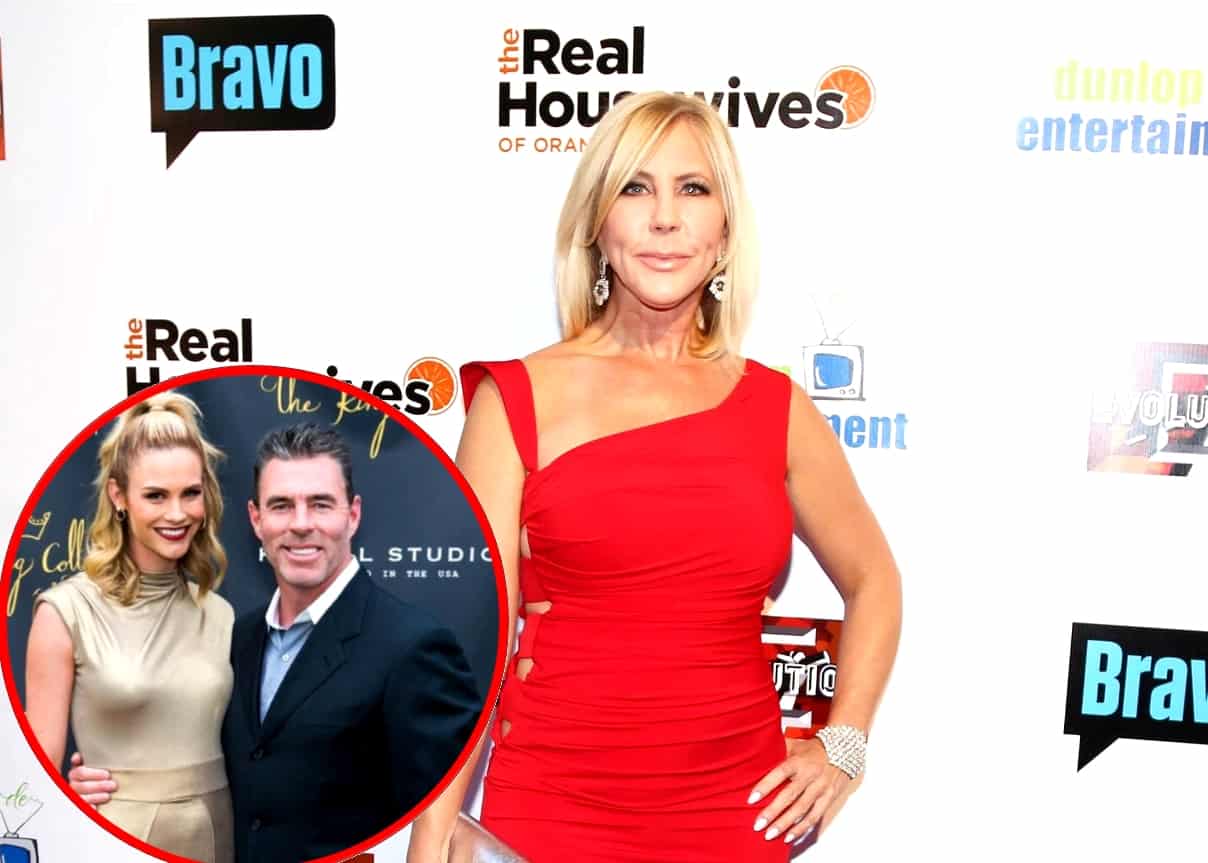 Vicki Gunvalson is responding to the recent comment Jim Edmonds made about her prediction that he and Meghan King Edmonds would be divorced after five years of marriage.

After seeing that Jim had told a fan on Instagram that Vicki sucks after the fan suggested he give her a call, the Real Housewives of Orange County star shared her thoughts about Jim. After that, she told a fan on Twitter that each and every member of the RHOC cast is replaceable and noted that some stars need the series more than others.

As fans on Instagram may have seen, a fan left a comment for Jim that read, “Don’t forget to call Vicki, it’s been 5 years…lol,” and noted Vicki’s accurate divorce prediction before receiving a clap back from Jim. 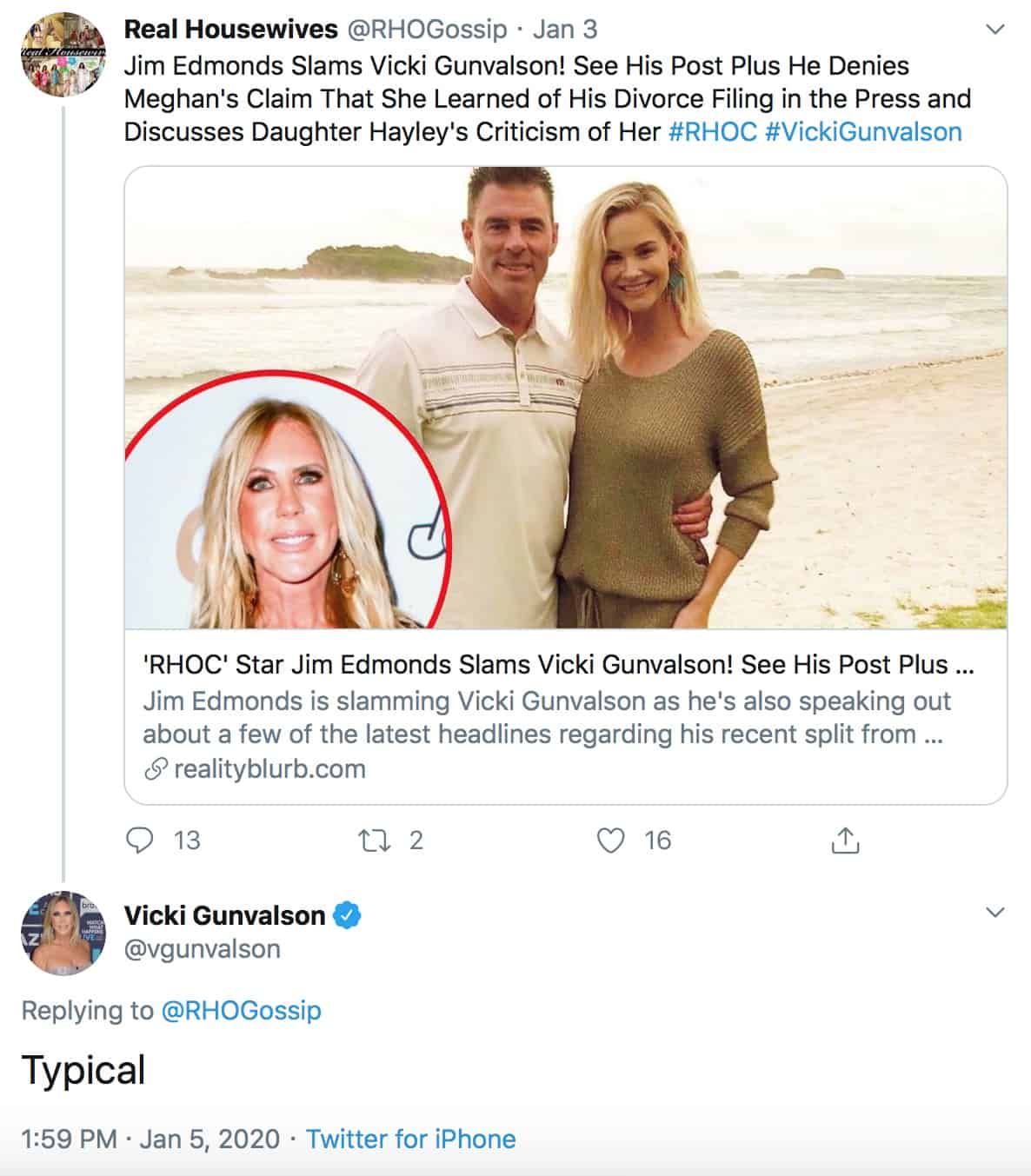 In her second tweet, Vicki responded to a fan who suggested that she wasn’t a necessary aspect to RHOC, despite having been with the series since its beginning in October 2006.

“Yep you are right. We are ALL replaceable,” Vicki agreed.

Vicki then threw some shade at some of her RHOC co-stars by noting that certain members of the show were “dependent” on their Bravo paychecks.

“Good thing I have a career at [Coto Insurance] which I own 100 % and am not dependent on a reality show like some others are,” she wrote, without naming names. 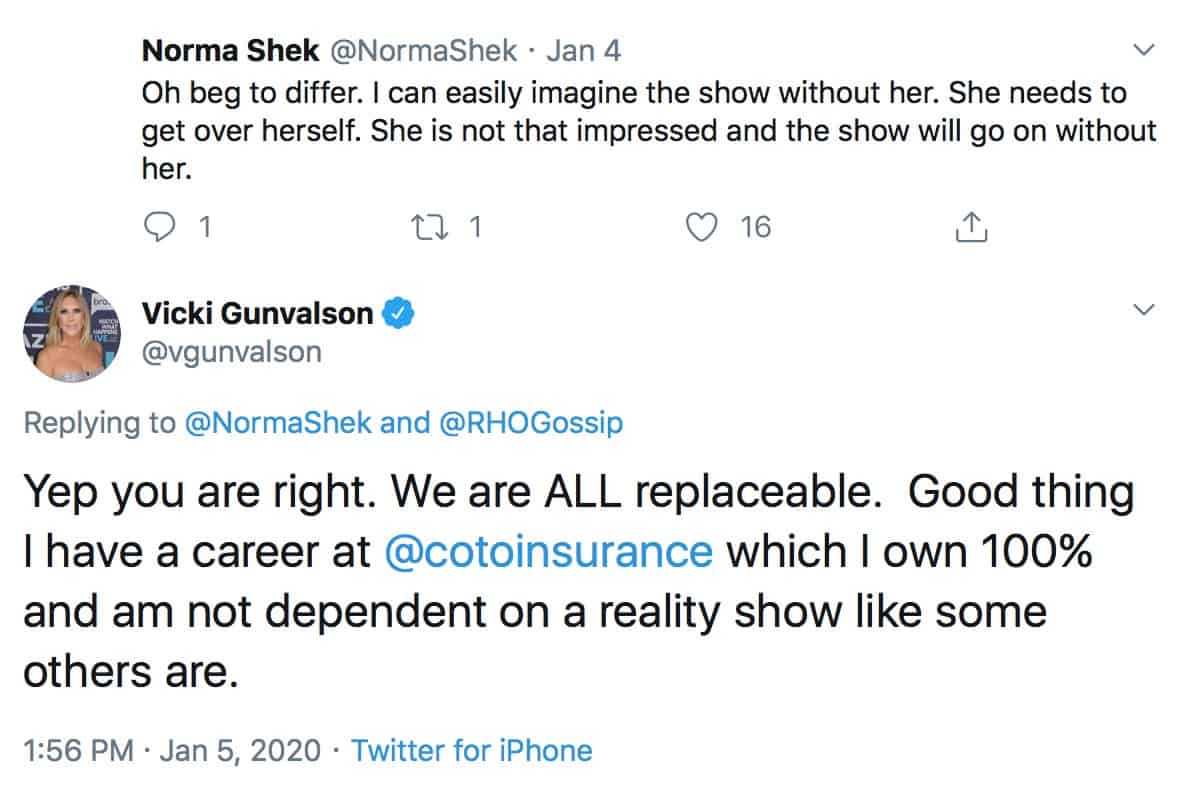 Although Vicki didn’t name anyone specifically, she could have been dissing Kelly Dodd, who owns just a portion of Positive Beverage, or stay-at-home moms Gina Kirschenheiter and Braunwyn Windham-Burke.

In November, around the time of the RHOC reunion taping, Vicki told a panel audience at BravoCon that she was unwilling to reprise her part-time role for season 15. Instead, she would agree to return to the series only if it meant returning to the full-time role she held on the show for its first 13 seasons.