Home Real Housewives of Orange County News RHOC’s Vicki Gunvalson Responds to Claims of Not Calling Out Tamra While Slamming Braunwyn for Racy Behavior, Explains What Caused Her Meltdown at the Reunion and Why She Believes it’s Her Show

RHOC’s Vicki Gunvalson Responds to Claims of Not Calling Out Tamra While Slamming Braunwyn for Racy Behavior, Explains What Caused Her Meltdown at the Reunion and Why She Believes it’s Her Show 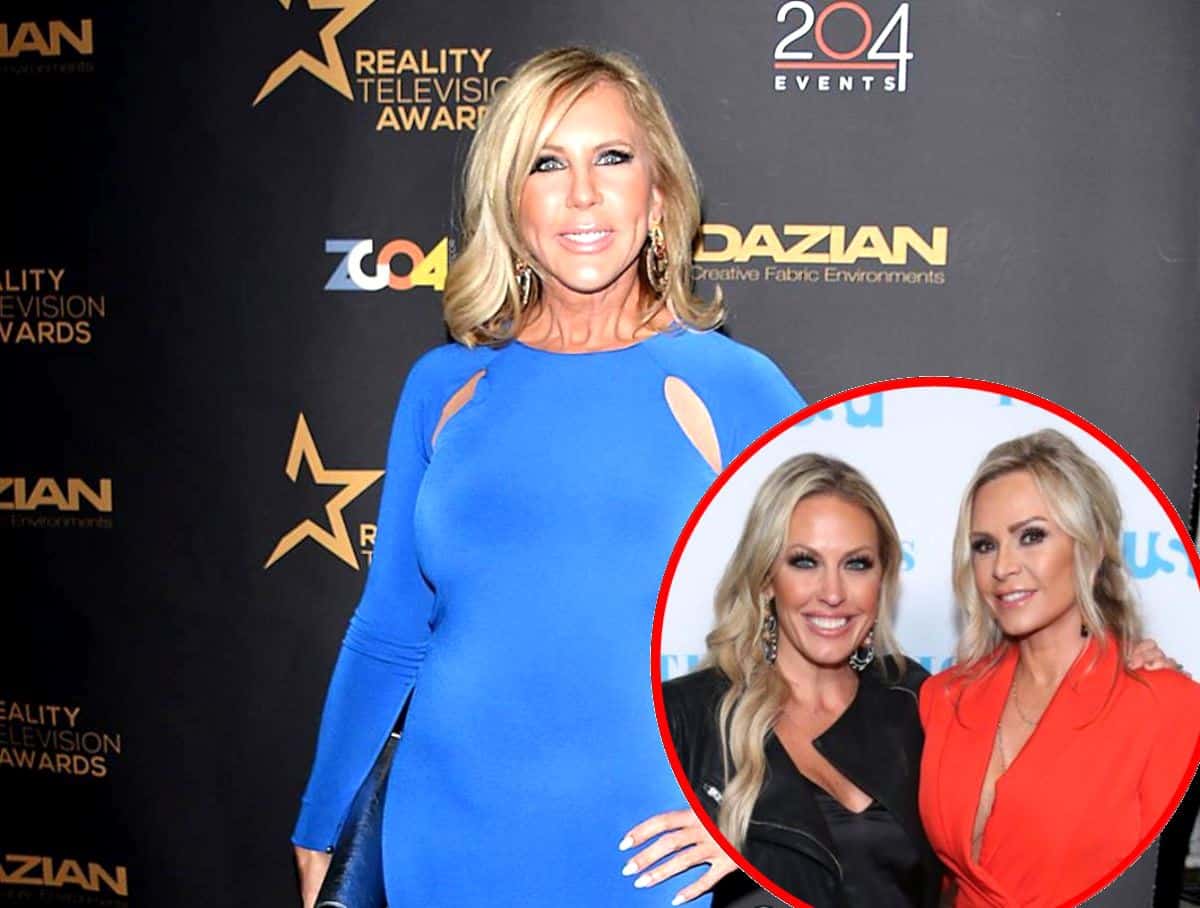 Does Vicki Gunvalson have double standards for Tamra Judge and Braunwyn Windham-Burke?

Following last week’s conclusion of the three-part Real Housewives of Orange County reunion, which featured Vicki telling Braunwyn to tone down her sexuality, Vicki responded to a fan who wondered if she was equally turned off by Tamra’s behavior. Then, she explained her reunion meltdown and revealed why she’s convinced that RHOC is her show.

“How come you didn’t call your GT TamRat of having the same thirsty behavior as Brawring?” a fan asked on Instagram. 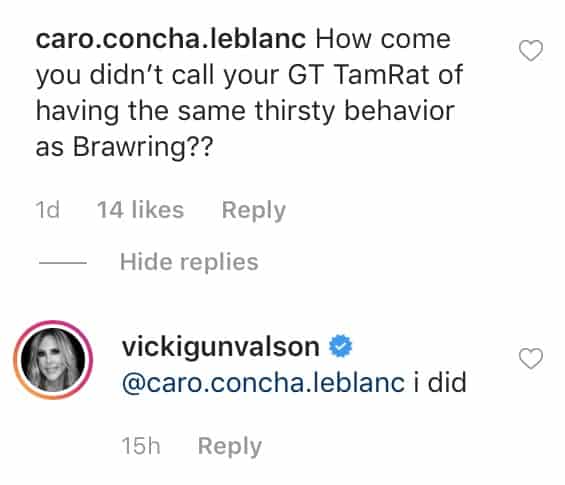 Vicki then responded to a fan who wanted to know why she behaved so outrageously at the RHOC reunion.

“Sometimes you’ve just had enough,” Vicki explained, along with a raised-hands emoji. 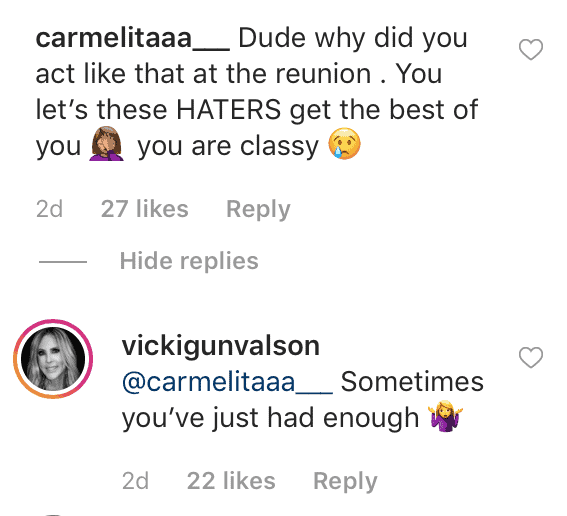 After Vicki was seen lashing out at her producers, and at Braunwyn, during the reunion, a number of her online audience members expressed their disappointment with her behavior. One particular fan wanted to know why she felt as if RHOC was her show.

“I liked Vicki until seeing her rant on the tell all. She was self righteous, condescending, egotistical, judgement, and truly believed she could make the rules and call the shots. My opinion of her has completely changed. Her show? Really? She thought of the idea?” the fan wondered.

“Actually it was our creator Scott Dunlop and myself,” Vicki noted.

Actually it was our creator Scott Dunlop and myself

Following her season 14 demotion, Vicki attended the BravoCon fan event in November in New York City, where she confirmed she was unwilling to reprise her part-time role for season 15. A short time later, a Radar Online source revealed that Bravo agreed to reinstate Vicki as a full-time housewife after being met with the ultimatum.

“Vicki is going to be coming back as a full-time housewife next season,” their insider revealed. “She gave Bravo an ultimatum. She said she would only come back if she were full-time, and they agreed.”

“Vicki really brought the heat with her full-fledged meltdown. They really want her to be a part of the show, and she forced their hand,” the insider added.

The Real Housewives of Orange County season 15 is expected to go into production sometime in early 2020.