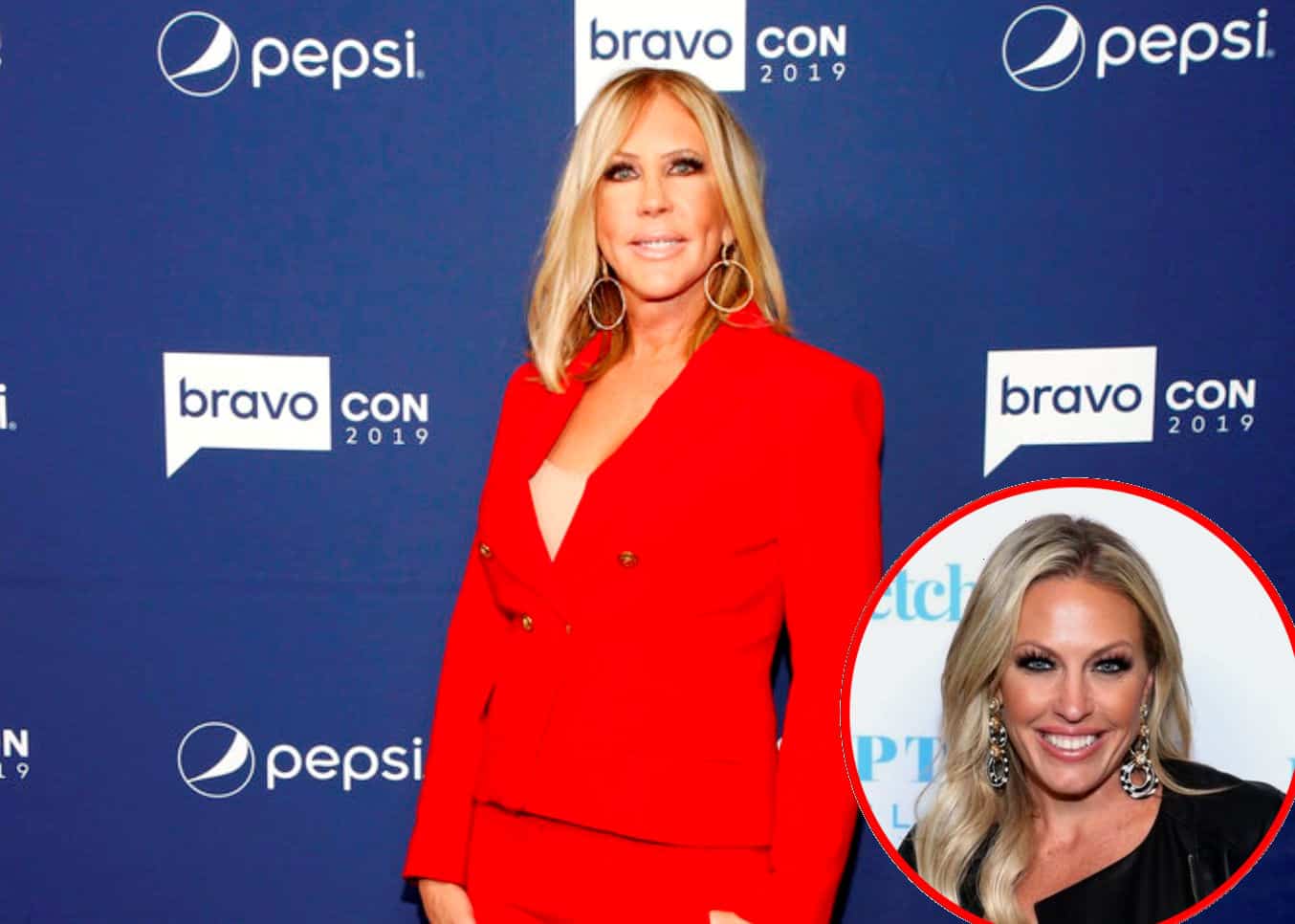 Vicki Gunvalson isn’t happy with the way she behaved during last night’s conclusion of the three-part Real Housewives of Orange County reunion as she insists she was lied to.

After lashing out at Braunwyn Windham-Burke‘s life choices and suggesting she made the show trashy by speaking of her many threesomes with husband Sean Burke and making out with women, including co-star Tamra Judge, Vicki was confronted by a fan who said they were “so disappointed” with the way she acted.

“Yep, I’m pretty disappointed in how I acted too,” Vicki admitted. “It was a horrible night, and there is a lot you didn’t see. I’ll take the blame for getting upset, but I had enough of being lied to.” 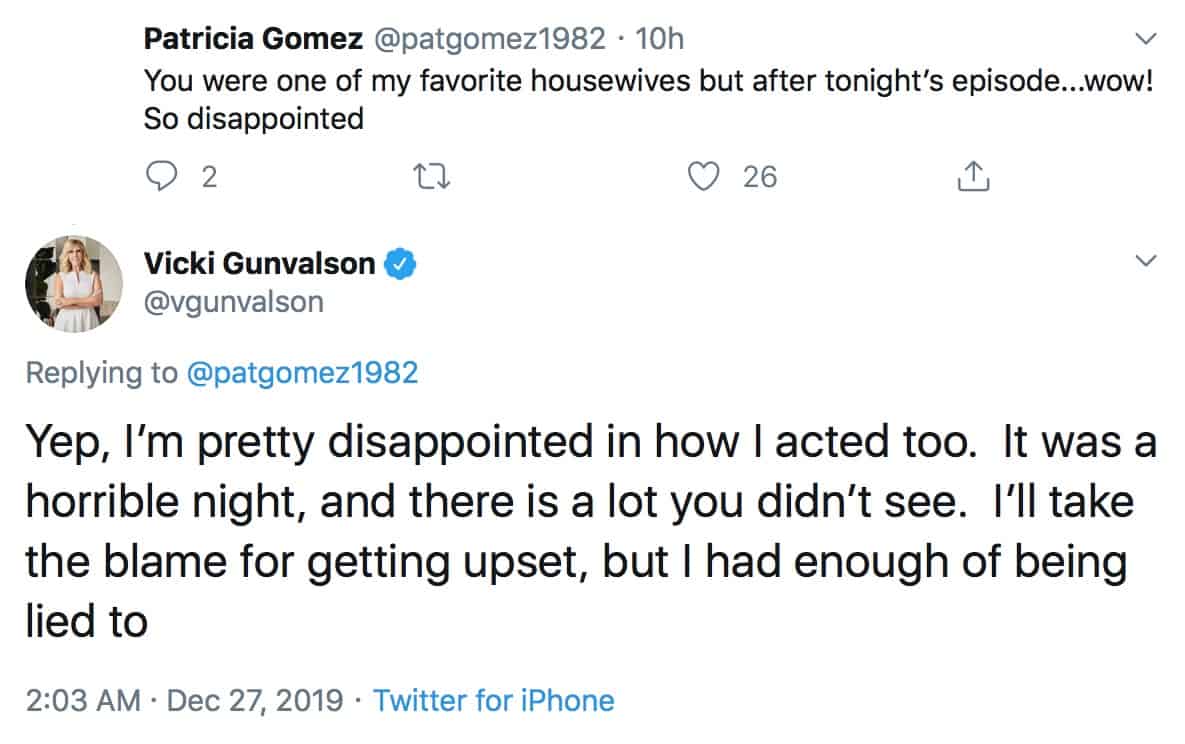 During Thursday night’s show, Vicki took aim at Braunwyn’s time on the series, all while conveniently forgetting the racy things she’s done herself, including exposing her nipples during a group meal and licking a penis lollipop.

Vicki even seemingly took credit for the success of the entire Real Housewives franchise by telling host Andy Cohen that he shouldn’t forget where he came from. Then, when she exited the stage to make way for Emily Simpson‘s husband, Shane Simpson, Vicki was slammed for her self righteous antics as she broke down saying that she’s embarrassed to be part of RHOC.

In a second tweet shared after Thursday’s show, Vicki responded to a fan who accused her of being “incredibly jealous” of Braunwyn before telling another that she “can’t stand” her new co-star.

“Sorry but that is not anywhere near the truth. No way!!!” Vicki told the first fan.

“Seems like it to me,” another wrote. “Why be so nasty to people?? The way you judge others (especially Braunwyn) while never holding yourself accountable is pretty gross—especially this season.”

“I can’t stand her,” Vicki replied.

I can’t stand her

While Vicki appeared in a part-time role on RHOC season 14, she made it clear at last month’s BravoCon fan convention that she is not willing to do so for a second time. She will only return to the show for season 15 if she is reinstated as a full-time “housewife.”

The Real Housewives of Orange County season 15 will begin production sometime in early 2020.