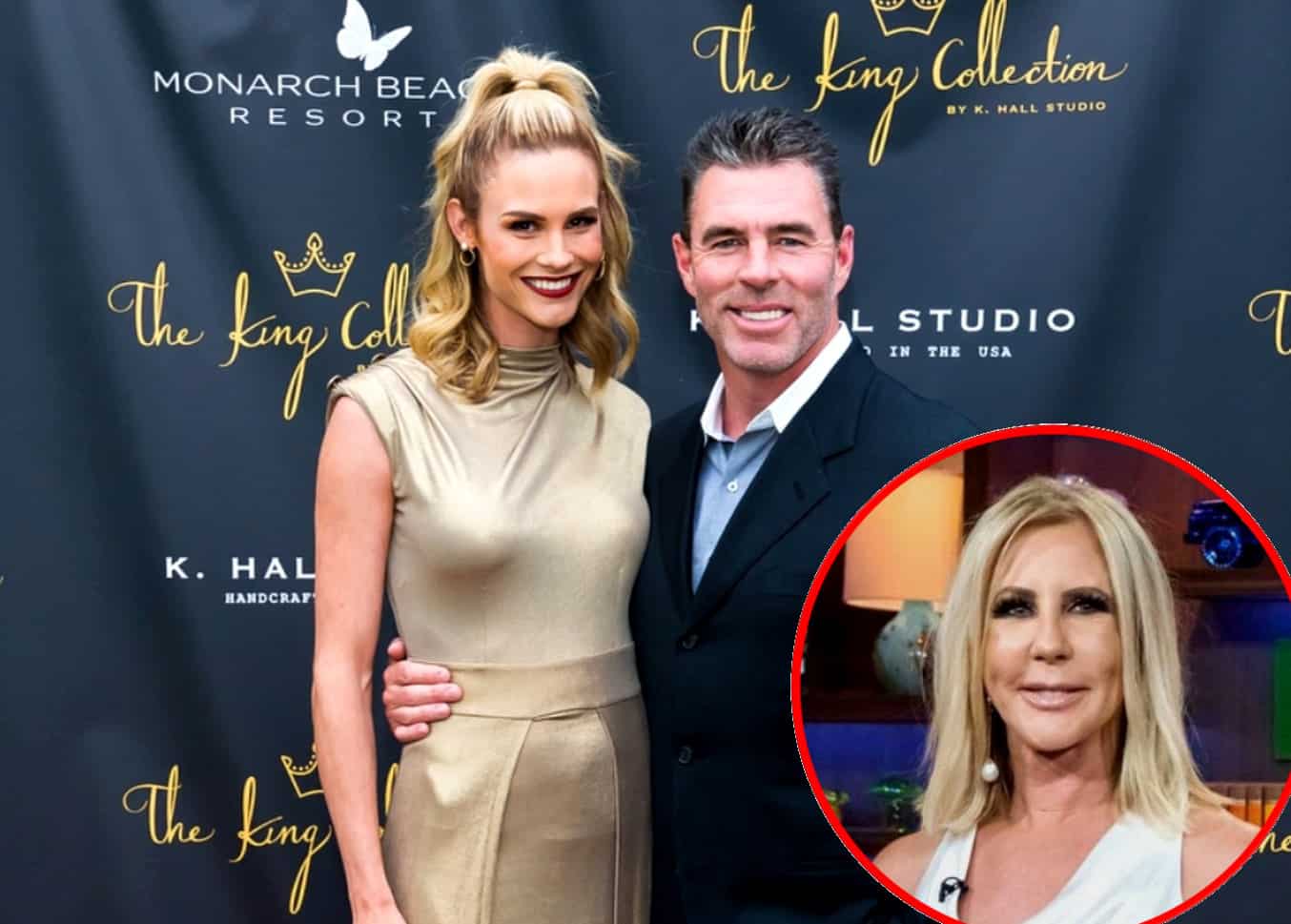 Police responded to Jim Edmonds and Meghan King Edmonds‘ Missouri home not once, but twice last week as a recent report is shedding light on those calls. Also, Vicki Gunvalson is speaking out on the split following her prediction about their marriage years ago.

As the Real Housewives of Orange County star’s marriage came to an end after five years and three children, Meghan called the cops twice after viewing the Instagram pages of her nannies.

“Husband and wife [are] arguing by the front door,” the responding officer wrote in a report. “Children are upstairs with the housekeeper.”

When cops arrived to their home, Meghan and Jim were with their nanny and it was noted that there were no indications of physical violence.

According to the report, Meghan and Jim’s blowout fight began after Meghan accused her husband of cheating on her with their 22-year-old nanny, Carly Wilson. Meghan has since admitted she’s uncertain Jim cheated with Carly as both Carly and Jim have denied any affair.

Following the feud, Meghan and Jim were instructed on how to file for a protection order, but it does not appear that either party did so. Then, after gathering a few of his belongings, Jim left the home and proceeded to file for divorce.

The next day, Meghan called the cops again after Jim allegedly engaged in a heated argument with her mother.

“Caller’s husband, Jim Edmonds, is at the house and per the caller he is not supposed to be there,” the responding officer revealed. “Officers responded and determined that there had been a verbal disagreement between Mr. Edmonds and his mother-in-law over property.”

According to a second report, Meghan’s calls to police came after she began questioning Jim about his behavior following his June sexting scandal.

“After the Jennifer Villegas thing, she got more suspicious after that. It wasn’t like this before that,” a source explained to Us Weekly.

“She called one of the nannies and she was certain that Jim was messing with one of them,” the source continued, adding that Jim and Carly recently attended a hockey game together. “They hung out with another nanny after the game.”

“Meghan said she was pretty sure that this was the nanny who was sleeping with Jim. The nanny was like, ‘Jim is older than my dad, no way,’” the source said. “Meghan wasn’t dissuaded and threatened the nanny that she would call the cops if the nanny ever talked to them or their kids. Meghan also said she was going to make sure that everyone knew it was this nanny that was sleeping with Jim. Meghan had a list of questions she asked the nanny about her relationship with Jim and how often they spent time together.”

As we reported yesterday, the relationship status of Meghan and Jim remains up in the air after Jim released a statement calling her a “truly special woman” and vowing to make things “right.”

Meanwhile,  in other RHOC news, Vicki is looking back on her 2015 prediction regarding the end of Meghan and Jim’s marriage.

“While I did say on the show that I predicted Meghan and Jim’s marriage would last five years, I, of course, never really wanted that to come true and certainly didn’t think by putting it out there the way I did that it would be an omen of any sort,” Vicki told Life & Style magazine this week.

“If you remember back during the time I said that, Meghan had come on the show and she was not very nice to me at all. She came on trying to make a name for herself by taking my relationship with you know who, tearing it down, and trying to claim that I was in on a cancer scam,” she explained.

That said, Vicki says she has since moved past her issues with Meghan and wishes her the best.

“[My] heart truly goes out to Meghan during this tough time. I hope that, with time, she will find peace and happiness again,” she added.