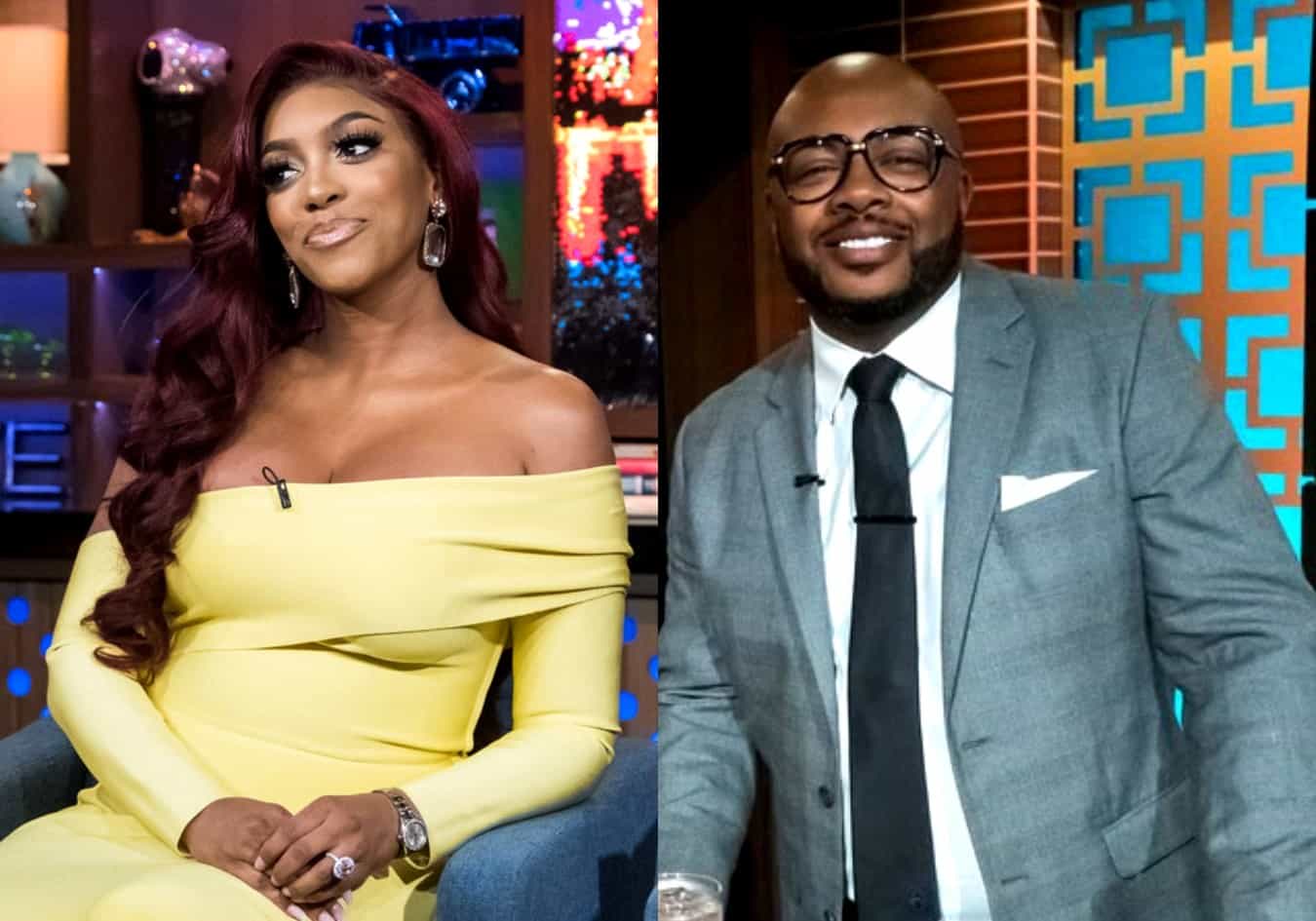 Real Housewives of Atlanta star Porsha William‘s fiancé Dennis McKinley was caught out to dinner with four unknown women in the wee hours of the morning, and Porsha has just deleted photos of him from her Instagram page.

Just when it seemed like Porsha and her fiancé were making things work after their messy break-up, the hotdog mogul was caught having dinner with four beautiful women at a diner in Atlanta at 4 a.m. last Saturday. A neighboring patron caught the entire scene on their phone.

“He came in with four beautiful women,” a witness to the late-night rendezvous dished to Radar Online who also obtained a video and photos of the late-night meet-up. “Porsha was not with him. Dennis was the only man in the group and all of the women were flirting with him.”

The insider didn’t shy away from going into detail about what they saw Dennis doing without Porsha anywhere in sight.

“The girl in black had her head on his shoulder,” the source continued to explain. “It was like he was on a date with all of them.”

#RHOA star Porsha Williams’ fiancé, Dennis McKinley, was spotted out with four gorgeous women who were not her. Watch the video: https://t.co/V5ViGyPY9R

The witness also told the outlet she overheard one of the women telling the rest of the group that she met Dennis after he “slid into her DMs,” contacting her through Instagram. Dennis then allegedly picked up the bill before they all piled into a black Escalade.

“There was a driver, Dennis wasn’t driving,” added the insider.

Adding even more legitimacy to the footage, Dennis was donning the same purple sweatshirt he was seen wearing on his Instagram account, just one week ago.

This news comes just weeks after viewers watched Dennis and Porsha begin to mend their relationship on RHOA. In one episode, the couple attended therapy together, where Dennis admitted to having sex with another woman while Porsha was expecting their daughter Pilar, blaming his actions on the pregnancy.

“We had a rough pregnancy, all the way from start to finish,” Dennis said on the reality show. “Sex during pregnancy, it’s nothing what a man wants to do … and after PJ got here, postpartum was very real. We cried together like every night. That’s not a good enough why, but that’s the why.”

As fans have already learned, Dennis reportedly proposed to Porsha for a second time since their first broken-off engagement.

And just as this story was published, we noticed Porsha has deleted some photos of Dennis from her Instagram page, including photos shared in recent days from their recent vacation to Jamaica.