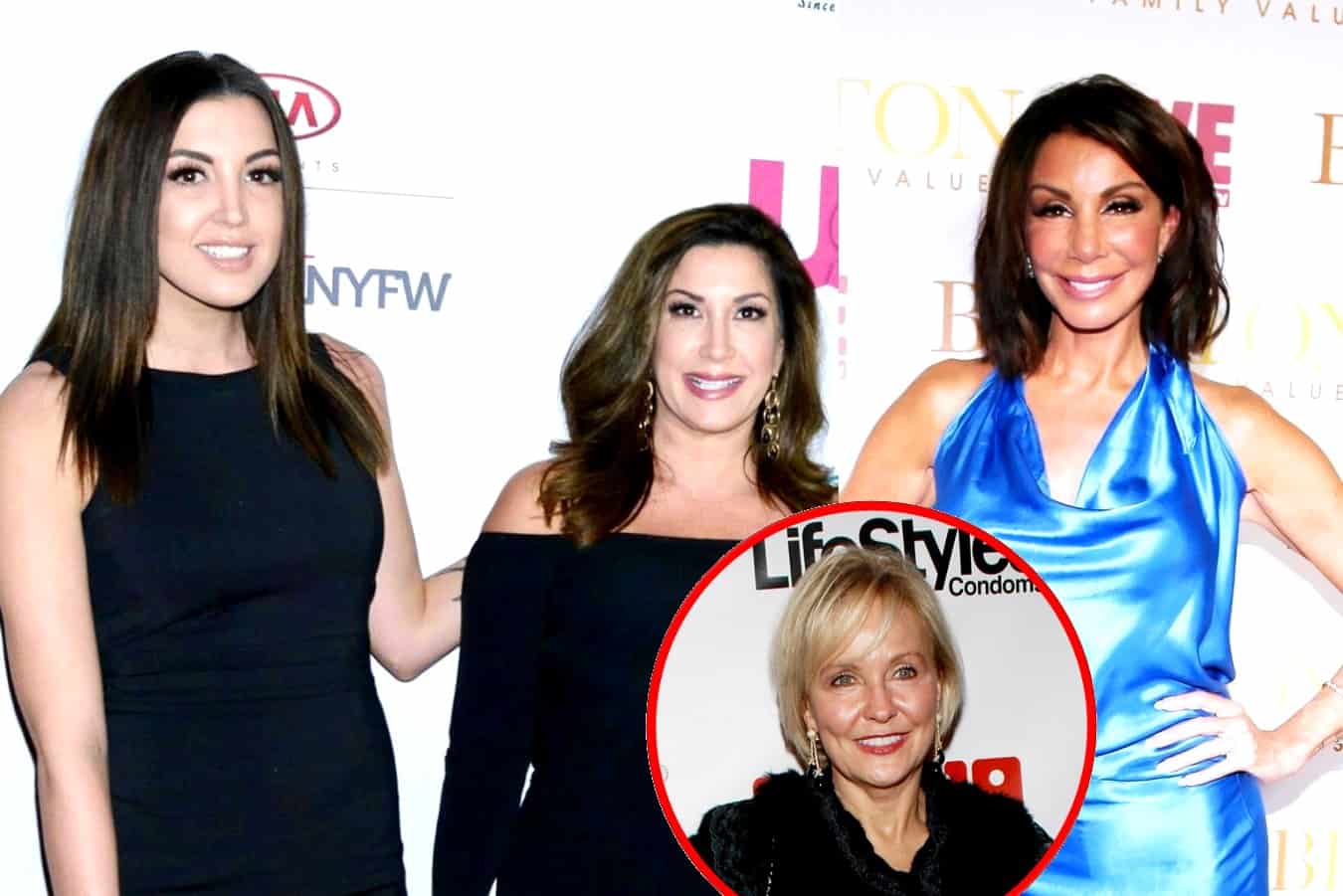 After Danielle pulled Margaret Josephs‘ hair in a spat that turned physical on last week’s episode of RHONJ, fans couldn’t help but compare it to the time Danielle got her weave pulled out by Ashlee back in season two of the show. And while these incidents happened years apart, Ashlee is threatening to take legal action against Danielle for allegedly spreading false stories about her.

“If anyone else has DMs from [Danielle], feel free to send them my way. I’m collecting as many as I can for when I file my report,” Ashlee reportedly wrote online, as was reposted by an Instagram fan account.

“Danielle Staub is DMing people absolutely insane and false stories about me. I can easily prove that they are false stories,” Ashlee continued in a second tweet on the same subject. “This is me openly telling her to stop or I will be taking legal action.”

A post shared by Real Housewives (@realhousewivesfranchise) on Jan 9, 2020 at 3:47pm PST

This isn’t the first time Ashlee has spoken out about Danielle’s behavior. Ashlee recently responded on Instagram to Danielle’s claims about their former altercation, insinuating she was over-exaggerating how traumatic it really was. And to add to the drama, Ashlee’s mom and former New Jersey housewife Jacqueline also spoke out online, expressing her shock over Danielle’s over-the-top recollection of how the incident went down.

Even Kim G., a former friend of Danielle’s, is putting her two cents in about the controversial reality star. She recently claimed online that Danielle was lying about what really happened between her and Ashlee years ago. Kim G. is now saying Danielle’s decision to leave RHONJ was actually not in her control.

“More lies. So she won’t be returning to the franchise, but let’s be real it’s not by choice…” Kim G. wrote in a since-deleted tweet, as was reposted by fan account Irealhousewives. “in contracts we are not allowed to put hands on other cast. And especially after she told @Adam_Barta they offered so much money to return why would she quit? #RHONJ”

#Repost via @rhonjobsessed In A Now Deleted Tweet #KimGranatell Claims #DanielleStaub Was Fired From #RHONJ & Did Not Quit! Do You Believe Kim G or Danielle?

As fans have recently learned, Danielle announced she’d never return to RHONJ. She plans to put all her focus into her own cooking channel.