Home Real Housewives of Beverly Hills News Kyle Richards Reveals Which Instagram Ad She Turned Down for $100K and What Would Make Her Quit RHOBH, Talks Humble Beginnings and How Show is Different From Other Franchises

Kyle Richards Reveals Which Instagram Ad She Turned Down for $100K and What Would Make Her Quit RHOBH, Talks Humble Beginnings and How Show is Different From Other Franchises 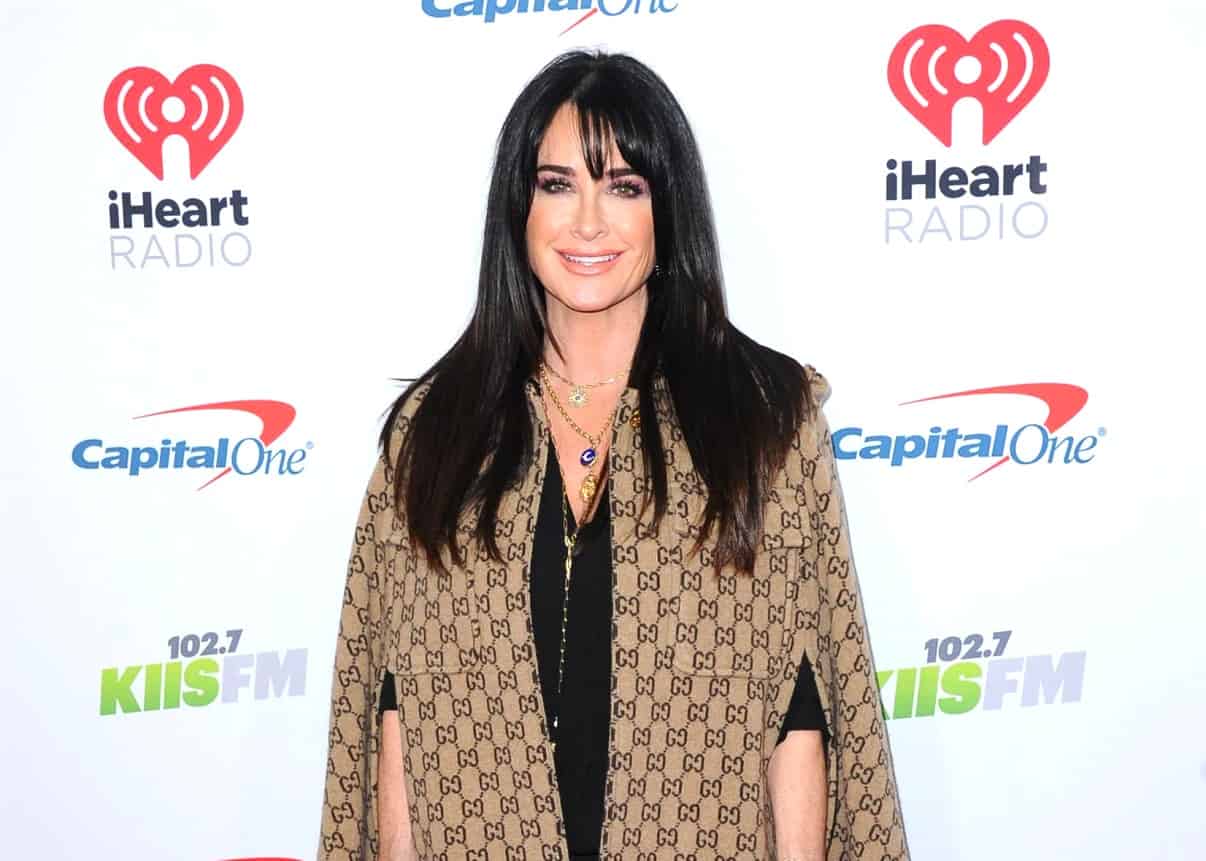 While appearing on Tuesday’s episode of Justin Sylvester‘s podcast, The Real Housewives of Beverly Hills star opened up about a $100,000 ad she turned down before dishing on what would make her quit the Bravo reality show, her humble beginnings, and the difference between RHOBH and other franchises.

One particular opportunity that came in and was ultimately declined was from KY Jelly, who offered Kyle $100,000 for one post featuring her and her husband,  Mauricio Umansky.

“I could not do it. You know why? I couldn’t embarrass my kids,” Kyle said. “Could you imagine my Instagram with KY Jelly? By the way, I still wouldn’t do it now. They wanted my husband and me together for the KY Jelly ad.”

When Kyle joined RHOBH nearly a decade ago as the very first housewife to sign on, she was pleasantly surprised to see that her co-stars weren’t going above and beyond to make themselves look richer, even though women from other franchises have.

“A lot of the franchises, they do that. Our show did not do that,” Kyle confirmed. “I mean, Lisa’s home and Adrienne’s home, those are their homes. That’s where they live. Those are some of the most beautiful homes in Beverly Hills.”

Kyle also discussed her desire to move away from Los Angeles at some point in the future. As for what’s keeping her there at the moment, she credited the careers of both herself and her realtor husband before revealing she will leave RHOBH “when it’s not fun anymore” and “when the bad outweighs the good.”

While Kyle is currently enjoying her role on the show, she has faced challenges along the way but does her best to keep her husband out of the drama between her and her co-stars. After all, Mauricio isn’t “the kind of man that wants to get involved.”

“There’s been times in the past, where I’m like, can you be like, ‘Goodbye, Brandi!’ I can remember having a fight with [Brandi Glanville] and then bumping into her and him being like, ‘Hi! How are you?’ And I was like, ‘Don’t you remember she was mean to me?'” Kyle laughed.

Looking back on her humble beginnings with Mauricio during the early moments of their marriage, Kyle said that when it came to her husband, it was love at first sight.

“He was the sweetest, nicest guy and he was amazing with my daughter. I knew right away that this was going to be my husband and we’d be together forever. And I hoped that we would do well and succeed in life but if we didn’t, I had a backup plan,” she shared.

Kyle’s backup plan involved a move to Vail, where Mauricio would teach skiing and she would be a stay-at-home mom.

“When we were first married, we were in a two-bedroom apartment and we stayed there for three kids and I was clipping coupons,” Kyle admitted.

And when she had money left over, she would go to Bebe and buy a tanktop. That was her thing!

The Real Housewives of Beverly Hills season 10 will air sometime in the coming months on Bravo.