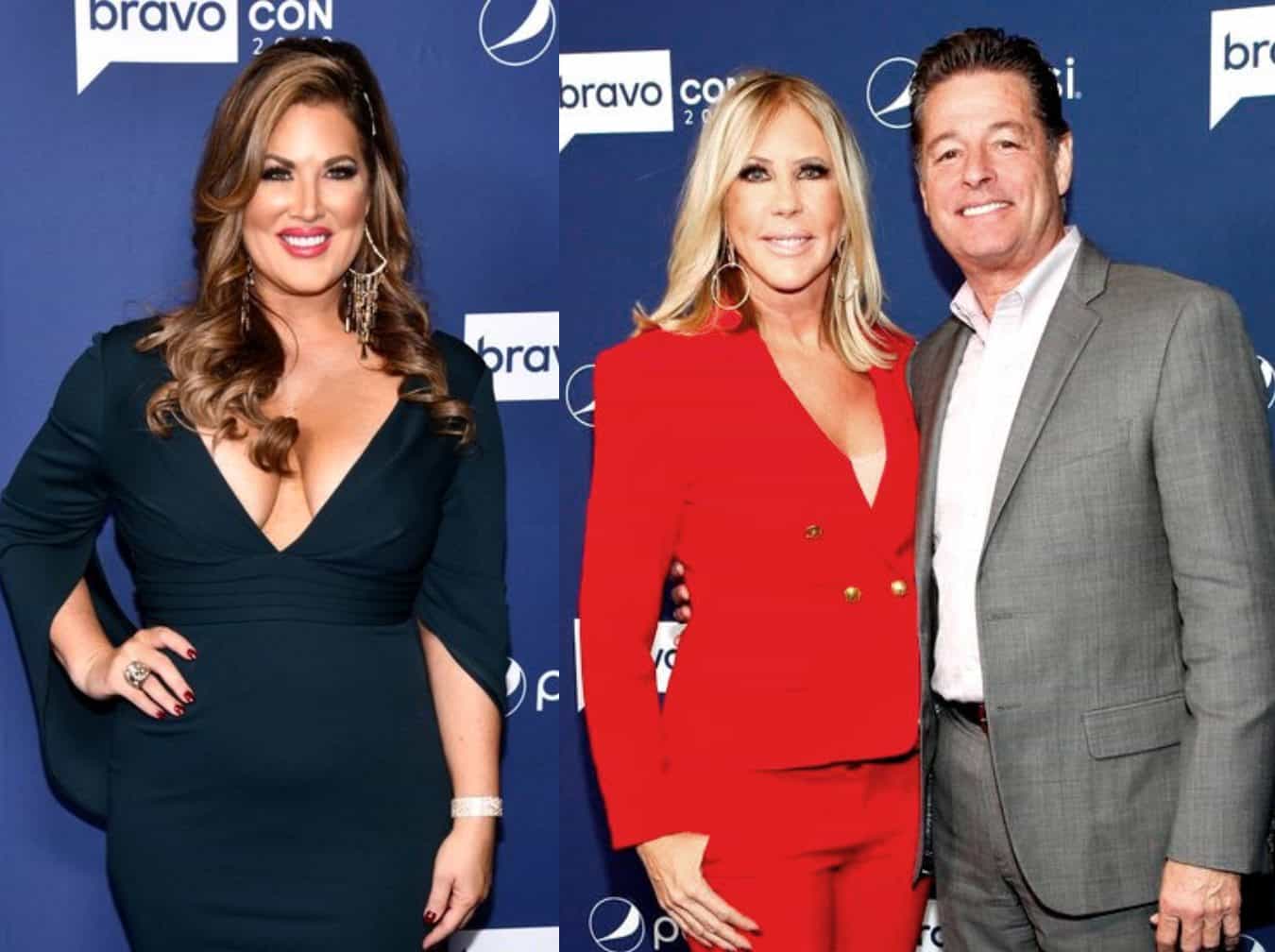 After seeing that Vicki had suggested she and husband Shane Simpson were mooching off his parents amid their bitter feud, the Real Housewives of Orange County star dissed Steve as Vicki insisted that a number of rumors she’s repeated, specifically those about David Beador and Kelly Dodd, were “all truth.”

“Speaking of mooching…Vicki would know a lot about that. Does Steve need new teeth?” Emily wrote in response to a Reality Blurb article about a tweet Vicki shared. 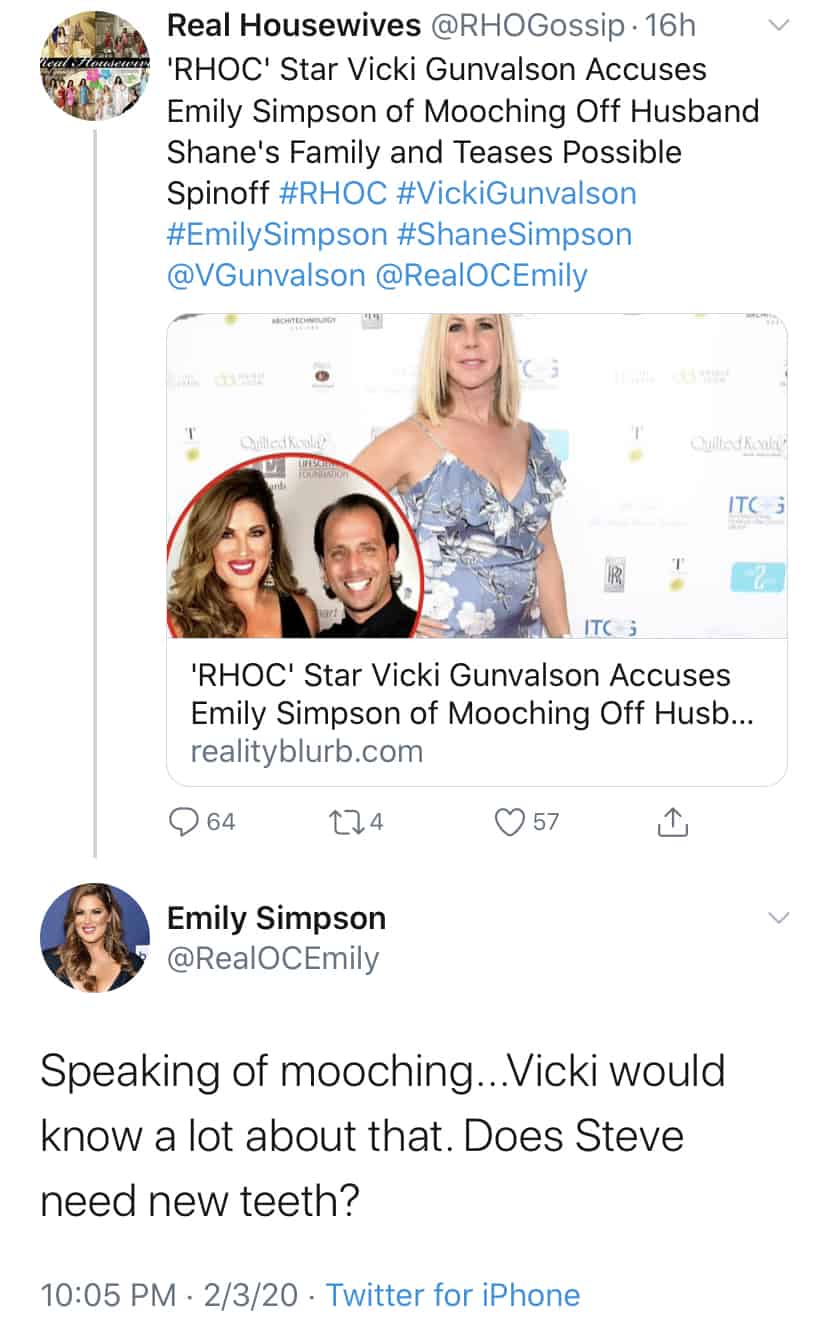 In Vicki’s tweet, the former reality star pointed out that she doesn’t need to mooch off her in-laws as she dissed her former co-star.

As RHOC fans may have seen, Emily and Vicki engaged in a Twitter feud over the weekend after Vicki suddenly slammed Emily for a tweet she shared in December by labeling her a “liar” and an “idiot.”

Then, a fan suggested Vicki was simply spreading “fake news” about Emily and Shane, just as she had done when she claimed David was “beating up” his now-ex-wife, Shannon Beador. In response, Vicki said the statements she made, which included comments about Kelly being part of a train and being banned from daughter Jolie’s school, were “all truth.” 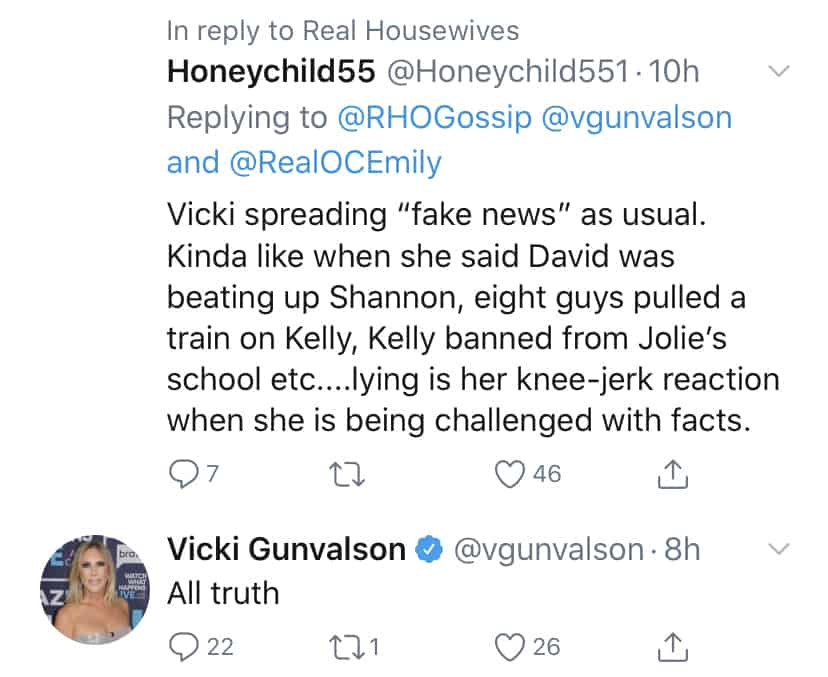 Vicki also responded to another fan who claimed she was “making [herself] look so desperate” by trash-talking her co-star.

“Oh sweetie, I’m a lot of things but desperate isn’t one of them,” Vicki replied. 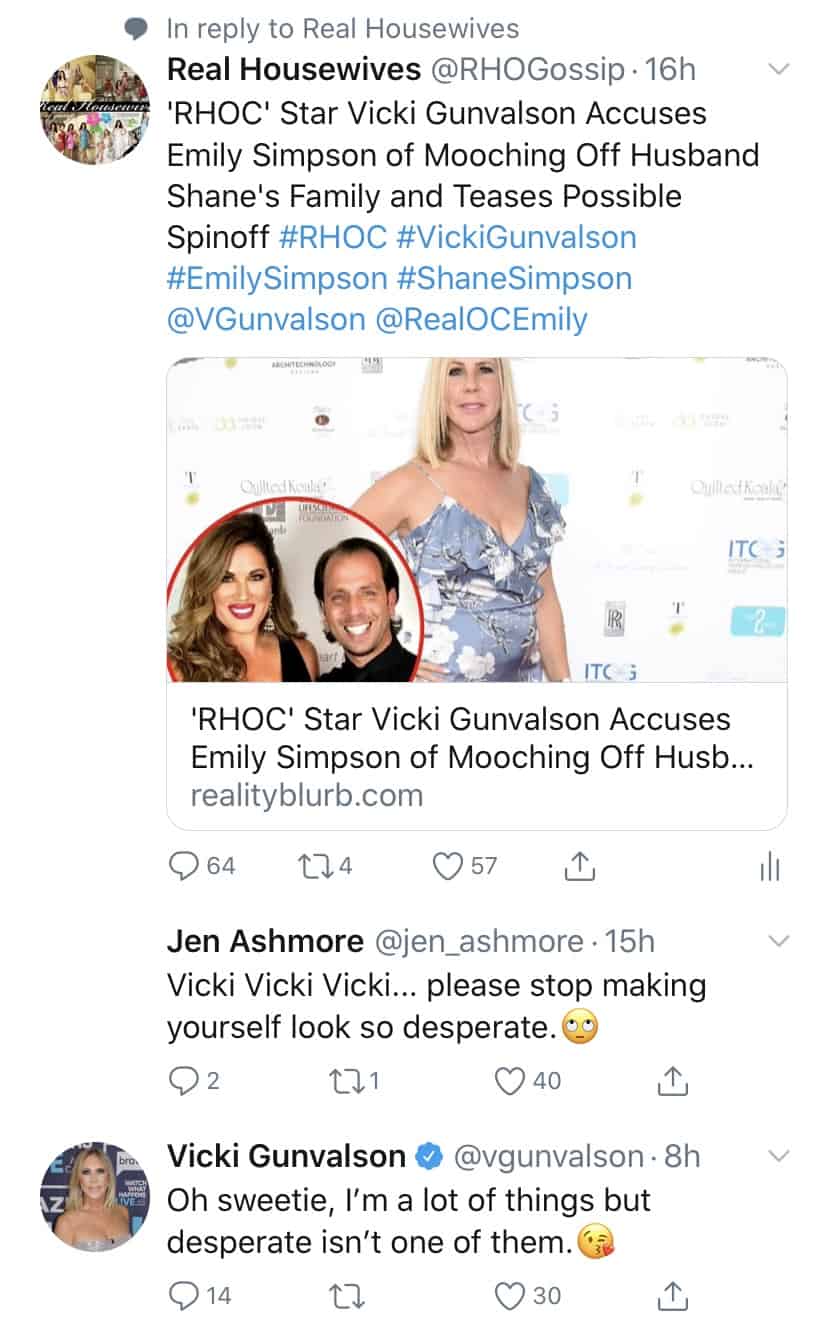 Vicki announced she was leaving her role on RHOC last month after starring on the series for all of its past 14 seasons.

The Real Housewives of Orange County will return to Bravo later this year for season 15.