Home Real Housewives of Orange County News RHOC’s Kelly Dodd Shades Tamra Judge’s Firing and Reveals How She Celebrated Her Exit, Plus Teases What Fans Can Expect to See on the New Season

RHOC’s Kelly Dodd Shades Tamra Judge’s Firing and Reveals How She Celebrated Her Exit, Plus Teases What Fans Can Expect to See on the New Season 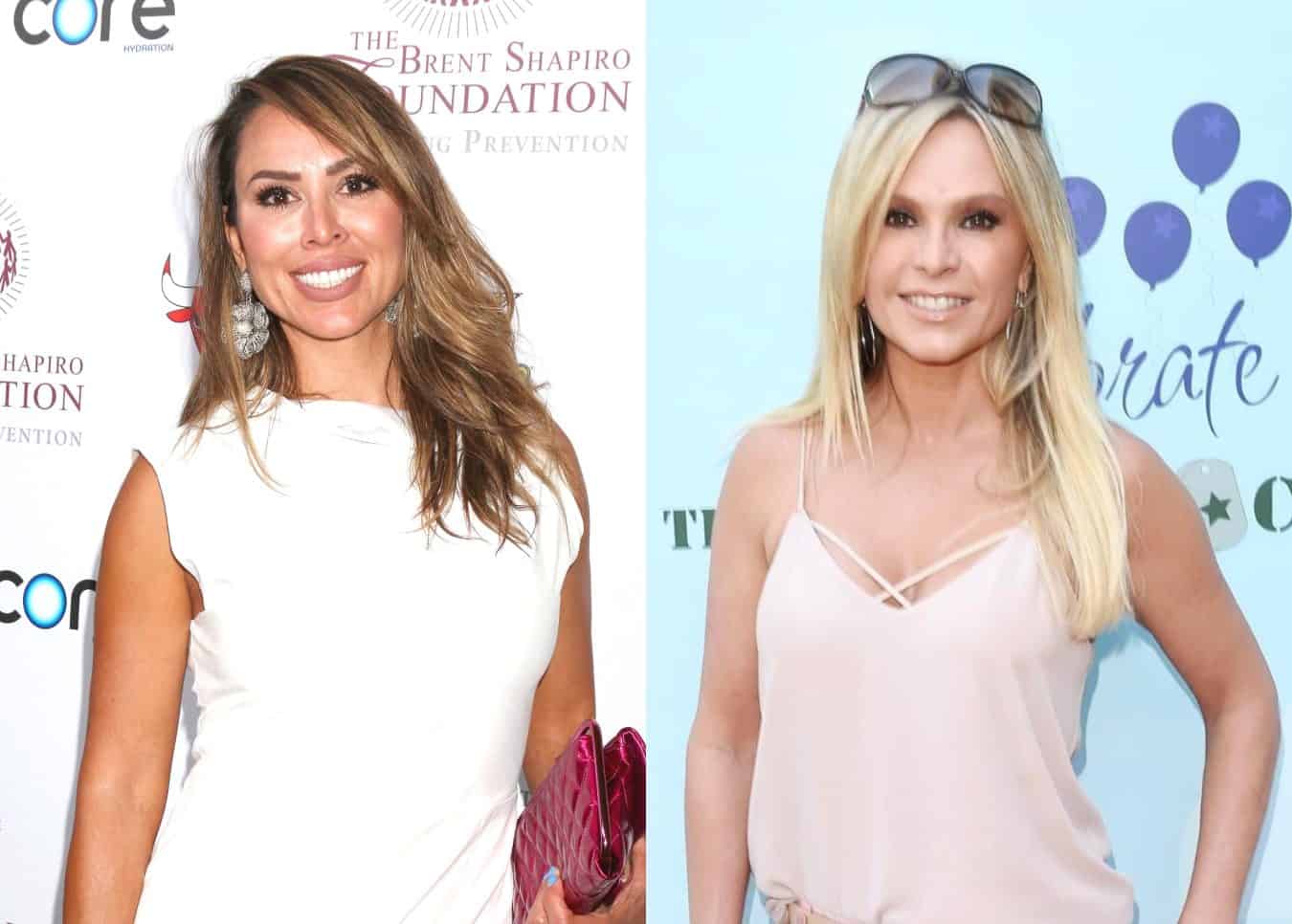 Kelly Dodd was thrilled when she learned Tamra Judge had been fired from The Real Housewives of Orange County.

After sharing a throwback clip of the show in which she and Shannon Beador were seen arguing over their appearances, Kelly responded to a series of fan comments about Tamra’s firing and the upcoming 15th season of the Bravo reality show.

“I was so happy when Tamra was fired I put my hands in the air and did a booty dance,” one fan wrote to Kelly.

“You should’ve seen me!! I did the worm and almost popped a boob!” Kelly responded, later adding, “or two.” 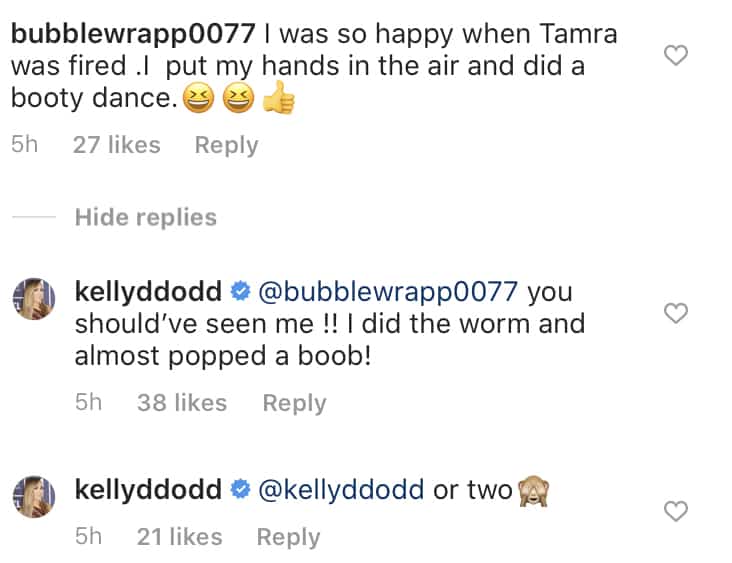 After watching as Shannon told Kelly she looked “like an Indian,” as if it were possibly a bad thing, one of Kelly’s followers slammed her for sounding “so racist and nasty” before saying they will miss seeing Tamra on the show.

“I promise you won’t miss that,” Kelly replied. 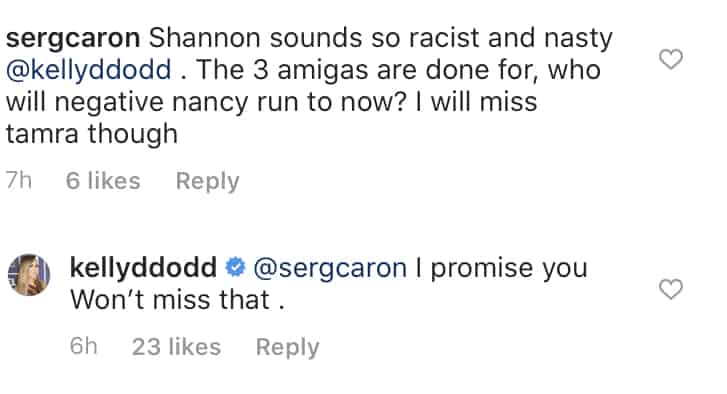 While the upcoming season of RHOC will certainly be a lot different without Tamra and Vicki Gunvalson, who announced her exit in January just one day prior to Tamra, Kelly assured a third fan that there was plenty of “fun” on the way between her and her remaining co-stars, including Emily Simpson, Gina Kirschenheiter, and Braunwyn Windham-Burke.

After the fan said they’d like to see the ladies “traveling all over, drinking Positive Beverage with vodka and having a fun time,” Kelly said that’s what fans can expect to see.

“That will be the show!! Fun fun fun,” she confirmed. 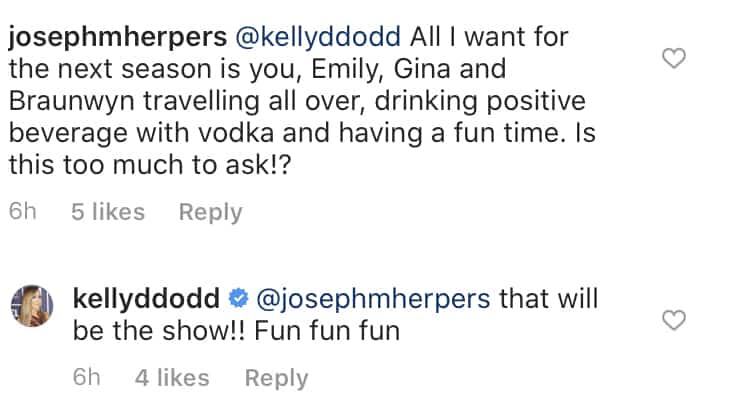 During a taping of his SiriusXM Radio show, Andy Cohen Live, last week, Andy Cohen explained why Tamra and Vicki were both fired from RHOC.

“This has to do with the stories that have to be told. We just felt like, with Orange County, we were kind of going in circles a little bit with the group,” he said. “And sometimes you have to take people out of the group in order to see it go in a new direction.”