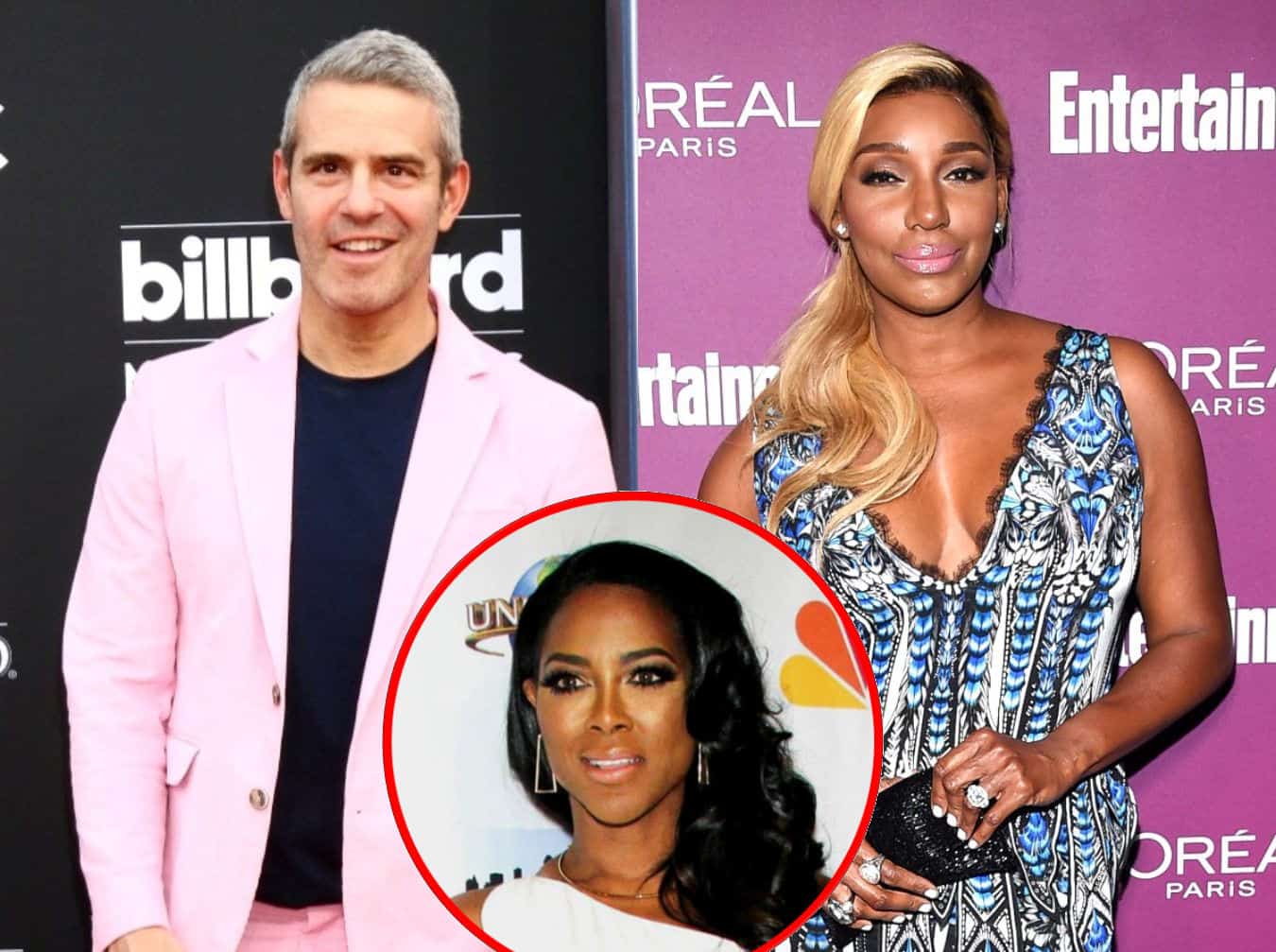 Andy Cohen addressed Kenya Moore‘s recent claim regarding NeNe Leakes supposedly being phased out of The Real Housewives of Atlanta during Sunday night’s episode of Watch What Happens Live.

After Nene was noticeably missing from several episodes throughout this season, Andy confronted Kenya about her statements after Nene weighed in on her co-star’s recent comments about her status on Twitter.

“Here’s a Q for Ken @andy ….ask her y is she out doin press sayin BRAVO is fazing me out? BRAVO hasn’t told me or my team that!” Nene tweeted during the February 16 episode. “Why is she out sayin i have lost money from NOT being n episodes. I negotiated my episodes & money Upfront? I have NOT lost anything #shady #hater.” 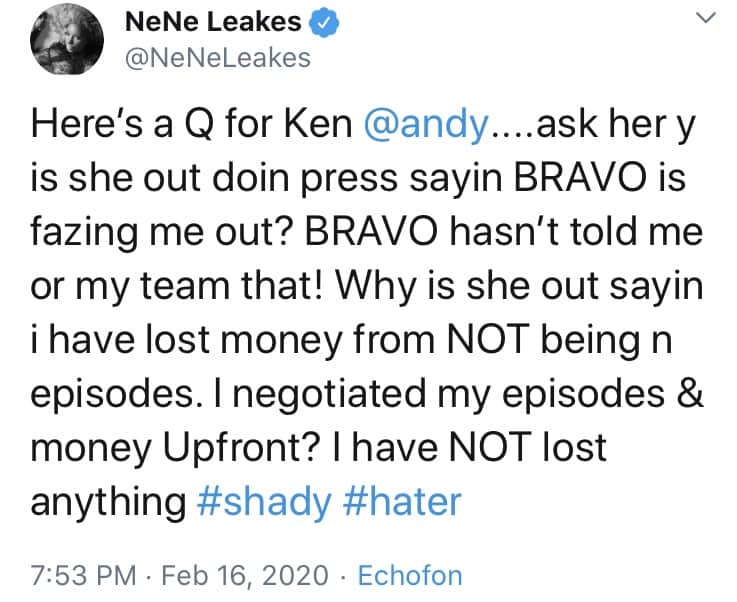 After being read her co-star’s question, Kenya said, “I guess she would need to ask Bravo why they’re cutting her out of many episodes this season. I’m not the one behind the editing, you know, I’m not doing the editing and figuring out the show.”

“You’re saying that she’s being phased out?” Andy asked.

“I think she is,” Kenya replied. “That’s not something I can absolutely say. If you’re being cut out of episodes, clearly the sign is that you’re not as important as you think you are.”

Kenya stated she suspected Bravo was phasing Nene out earlier this month during an interview with Entertainment Tonight. A short time later, a rumor suggested Nene had taken a $240,000 pay reduction after being cut from a number of episodes. However, according to Andy, everything Nene filmed will be seen on season 12.

“I don’t think she’s being cut out of episodes because I think everything that was shot with Nene is in the show. We’re not cutting anything out. Everything that we shot… There’s nothing that’s been left out,” he confirmed.

In another tweet, Nene confirmed she was not cut from any RHOA episodes and thanked Andy for setting the record straight on the air.

“I HAVE NOT been cut out of any episodes! I negotiated my episodes just like everyone else did! I’m getting every dime I asked for! Thank you for asking and clearing that up @andy,” she tweeted. “That means a lot to me.”

I HAVE NOT been cut out of any episodes! I negotiated my episodes just like everyone else did! I’m getting every dime i asked for! Thank you for asking and clearing that up @andy That means a lot to me

Nene also accused her RHOA co-stars of attempting to sabotage Sunday’s new episode of the show in an apparent effort to avoid giving the series a boost in ratings.

“It’s looking real shady! A few of my cast didn’t post to tune into RHOA tonight. I’m sure they don’t want the ratings to spike when I’m on (I post tune in even when I’m not on ALWAYS) Andy has Kenya on his show tonight (the episode has nothing to do with her #HATER,” Nene wrote. 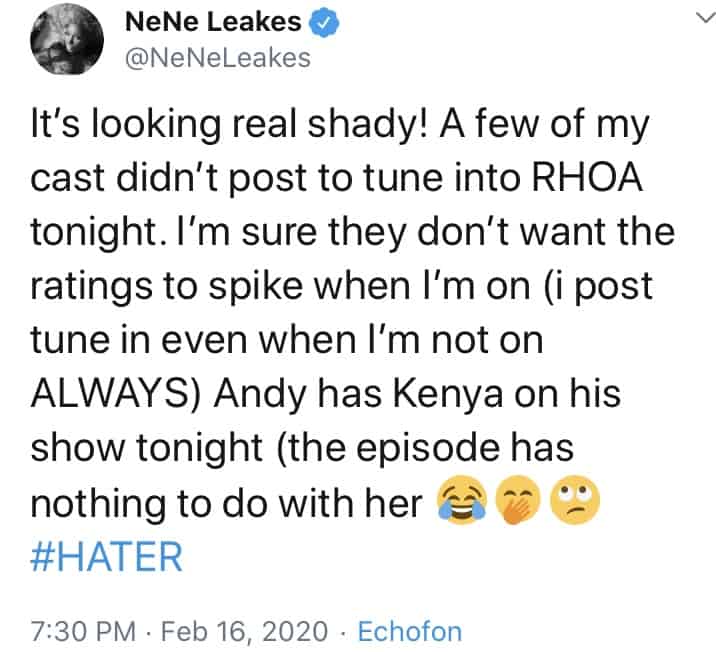 Porsha Williams appeared to be the only cast member who didn’t mention Sunday’s RHOA on Instagram.

The Real Housewives of Atlanta season 12 airs on Sundays at 8 p.m. on Bravo.