Tamra Judge Reveals Which RHOC Scene Was Staged, Bashes Editing, and Claims Decision to Leave Was Mutual, Plus She Hints at Family Issues and Says Production Will Make Shannon & Kelly Become Friends 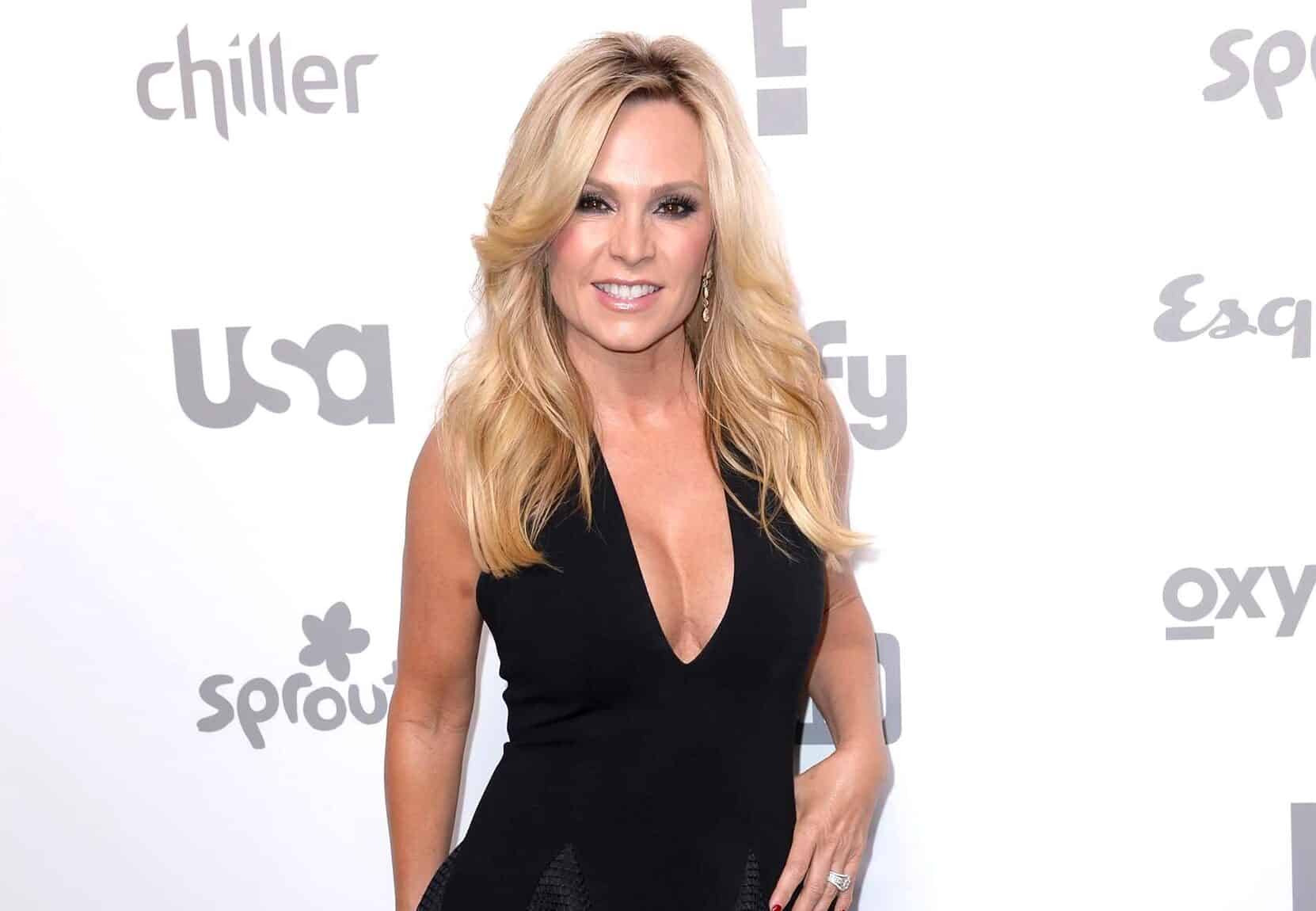 Tamra Judge hosted a lengthy Q&A session on her Instagram Stories page over the weekend and dished on all things Real Housewives of Orange County.

Before hinting at family issues and explaining why Shannon Beador and Kelly Dodd would likely be friends during season 15, Tamra opened up about a staged scene of the show, bashed Bravo’s editing, and claimed that her decision to part ways with the series last month was “mutual.”

Tamra first claimed the scene of her in an SUV with Shannon, during which they brought up the ‘train’ rumor about Kelly, was staged. She added that although she complained about the staged scene at the RHOC season 14 reunion last year, her comments were “cut.”

When asked about her least favorite moment on the show this past season, Tamra responded: “I had some shady editing last year that not only made me look bad but was totally made up #SUVrideNeverHappened.” 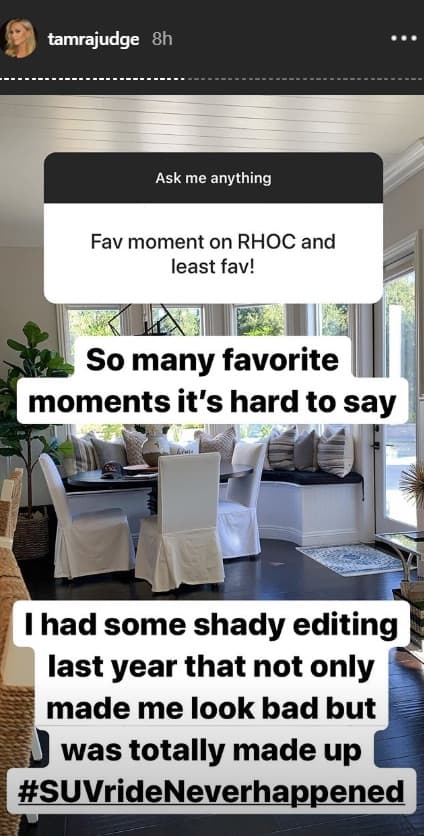 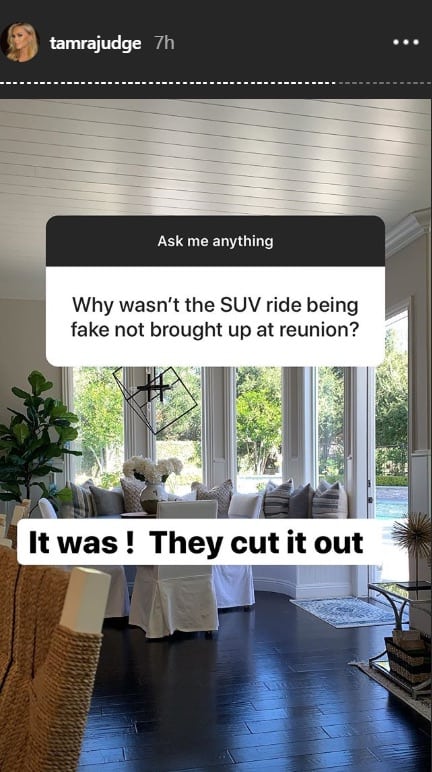 After being asked if her comment about “the train” was a “voice over,” Tamra insisted the scene involving herself and Vicki Gunvalson discussing a rumor about Kelly was also staged.

“What do you think?” she asked, along with a shushing emoji. 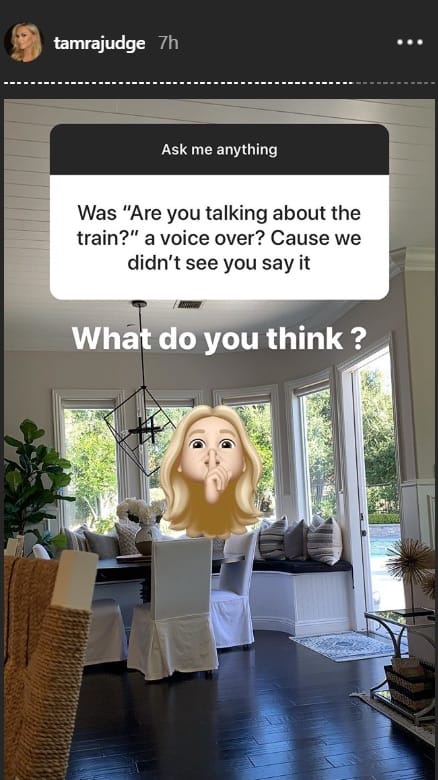 Tamra continued on about the fake SUV ride in a third post, slamming producers for making her look badly by piecing together the scene in an incorrect manner.

“I rarely complain about edits. I know what I signed up for. I can make myself look like an a**hole all by myself. However! Using subtitles & piecing together interview questions as an empty SUV drives away to make me look bad is NOT cool and NOT reality and I didn’t sign up for that,” she said. 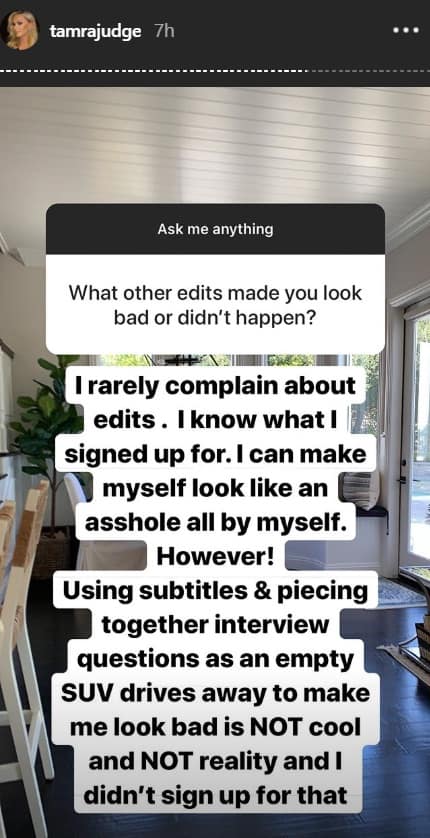 Tamra confirmed her exit from RHOC last month after 12 seasons and revealed she was offered a three-episode return days later.

Although Tamra did have an opportunity to appear briefly on the new season, she told one curious fan that her exit was mutual before adding that she chose not to go back because she has “some personal matters that I need to deal with off camera.”

“It’s been an adjustment and I have my moments of being sad. But it was a mutual decision,” Tamra shared. “I have some personal matters that I need to deal with off camera. You just might see me season 16.” 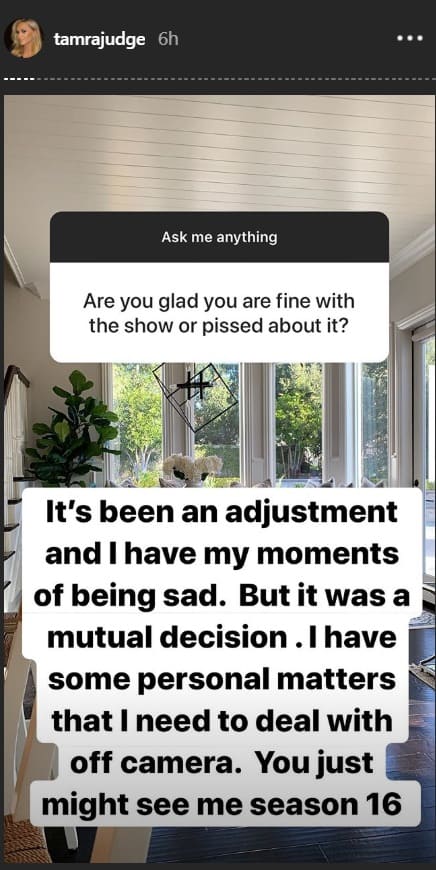 “I have some personal stuff to deal with off camera,” she added. 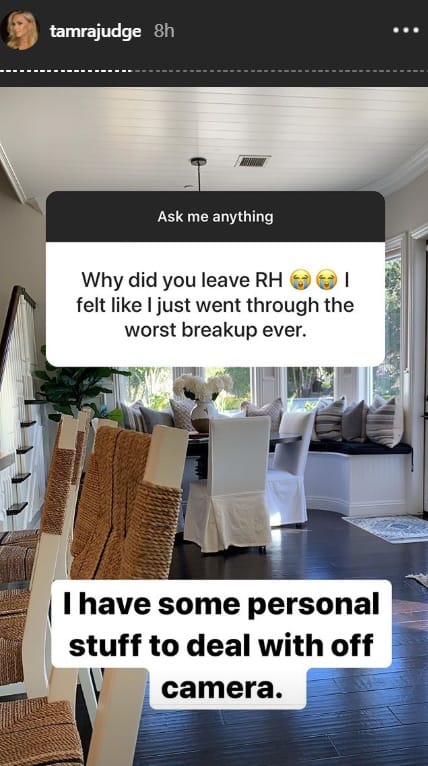 While Tamra didn’t reveal what “personal stuff” she was dealing with, she hinted at family issues in another post. 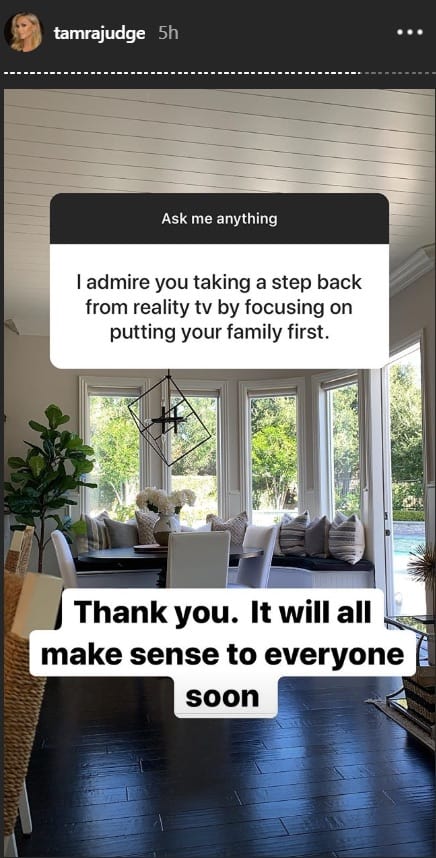 Tamra then said that when it comes to Shannon’s return to RHOC, she believes their production team will force her to be friends with Kelly now that both she and Vicki have left the series.

“I think production will make them be friends,” she suspected. 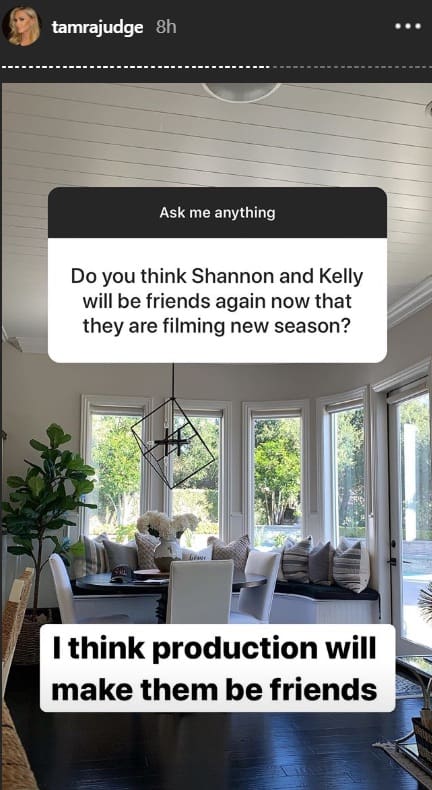