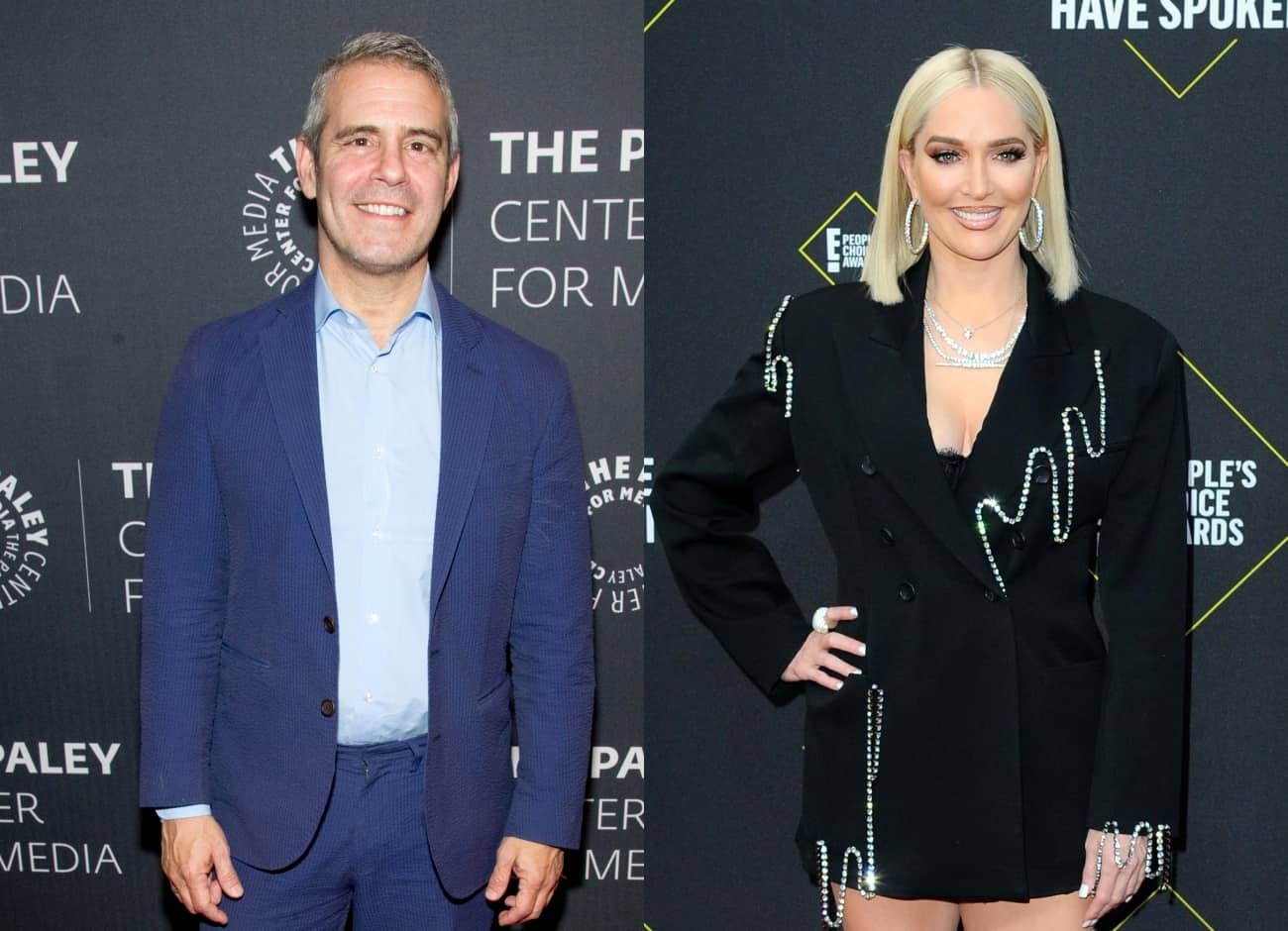 Andy Cohen threw some major shade at Chicago while discussing the Broadway musical on a recent episode of his radio show, Andy Cohen Live.

After going to see Erika Jayne in the long-running production, Andy took aim at the show for being “cheap” and “old” before applauding The Real Housewives of Beverly Hills star for her ability to attract a crowd and praising her performance.

“First of all, that show’s been open for 20 plus years. She’s packing them in dude. The place was full and they were there for her. I was so proud of her, I have to say,” Andy began.

According to Andy, he went to the show with three of his producers but was only given two complimentary tickets.

“The producers of Chicago are so cheap. It was four of us. They gave us two free tickets and then they made us pay for two,” he shared. “Do you know how much we’re promoting Chicago in the new season of [The Real Housewives of Beverly Hills]? Memo to those cheap producers, you need to comp.”

While Andy didn’t mind paying for the tickets, he pointed out that Chicago will be heavily promoted on the upcoming 10th season, free of charge.

“Of course we’re happy to pay but it’s the principle,” he noted.

“She was great. Her dancing was great. She got all the flossy moves down. I was just very proud of her,” he said. “Chicago, I mean it has seen better days that musical. No one is running to the ambassador theater to see it but people are going to see [Erika]. Janet Jackson was there two weeks ago to see her. Marc Jacobs was sitting behind me.”

Andy went on to take aim at the “old” cast of the Broadway show.

“The cast is old man. I mean it’s been going for a while and they haven’t replaced people because I guess maybe you can’t? So Roxie’s love interest who she murders, who she’s having the affair with, he’s well in his 50s. It’s interesting. It’s not necessarily how the show was originally conceived,” he explained. “It’s an interesting little conundrum because these people entered the show in the year 2000 and they’re still in it.”

“Velma, who by the way she hits every move, she’s great. She is serving AARP realness… But she’s good. She is good,” he added.

Erika joined the cast of Chicago last year in the role of Roxie Hart, following in the footsteps of co-star Lisa Rinna, who joined the show as Roxie in 2007.

The Real Housewives of Beverly Hills season 10 will air on Bravo sometime in the coming months.