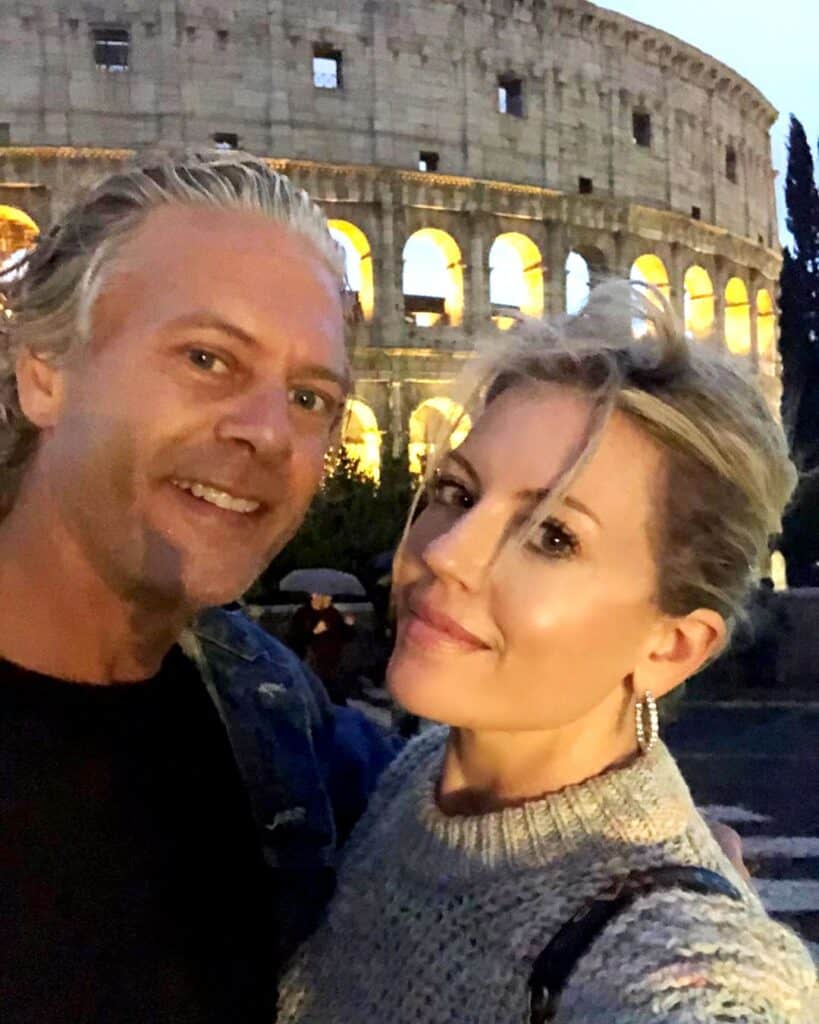 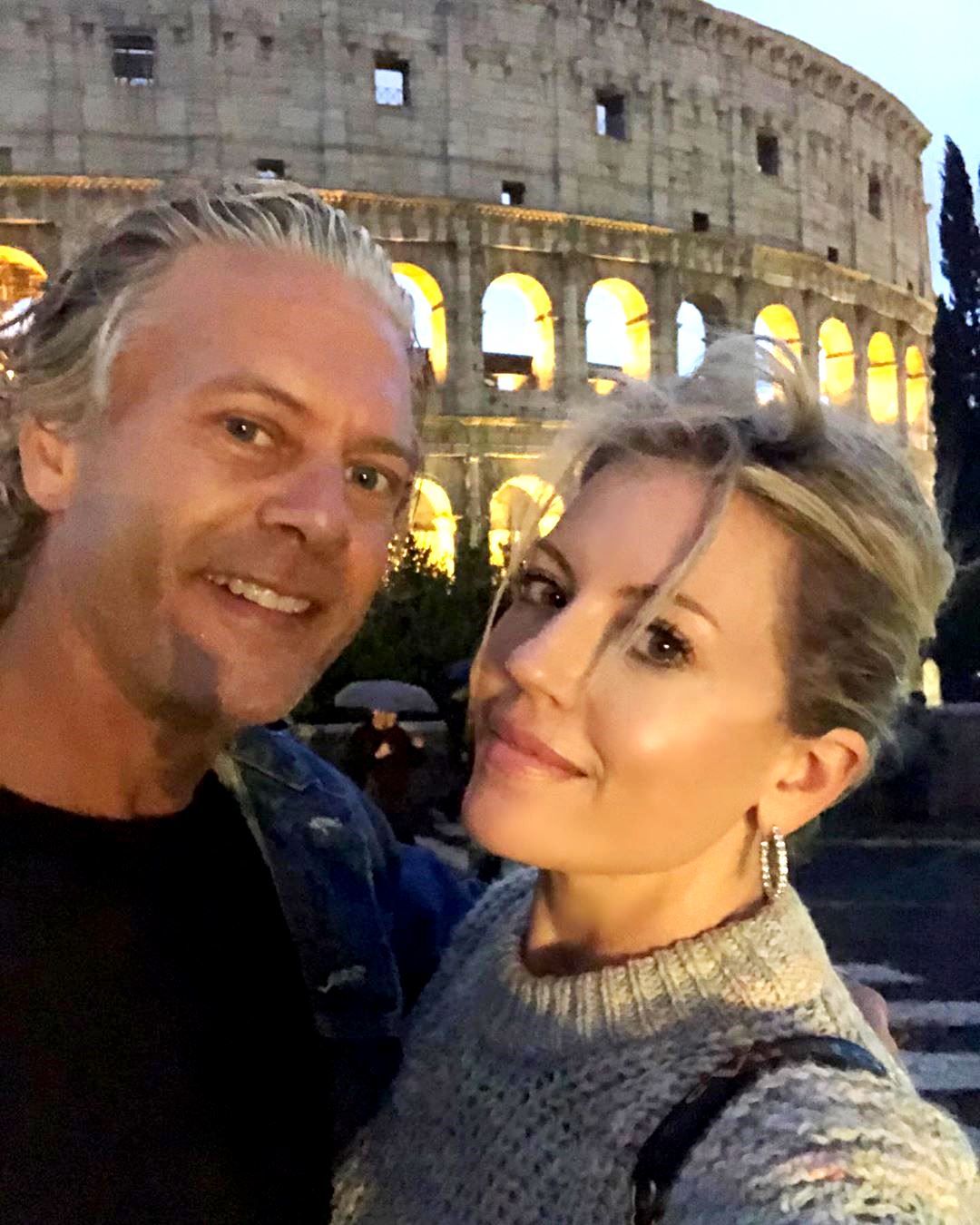 Lesley Cook recently took to her Instagram Stories and gave her followers a couple of close-up looks at the engagement ring she is now sporting after replacing the ring her fiancé, former Real Housewives of Orange County star David Beador, proposed with weeks ago.

Following a family vacation with her kids, David, and David’s kids in Cabo San Lucas, Mexico last week, Lesley returned to Southern California, where she applauded David, the ex-husband of Shannon Beador, for being “one of the good ones” while showing off her stunning new ring.

“He’s one of the good ones,” Lesley wrote in the caption of her first close-up pic on February 28. 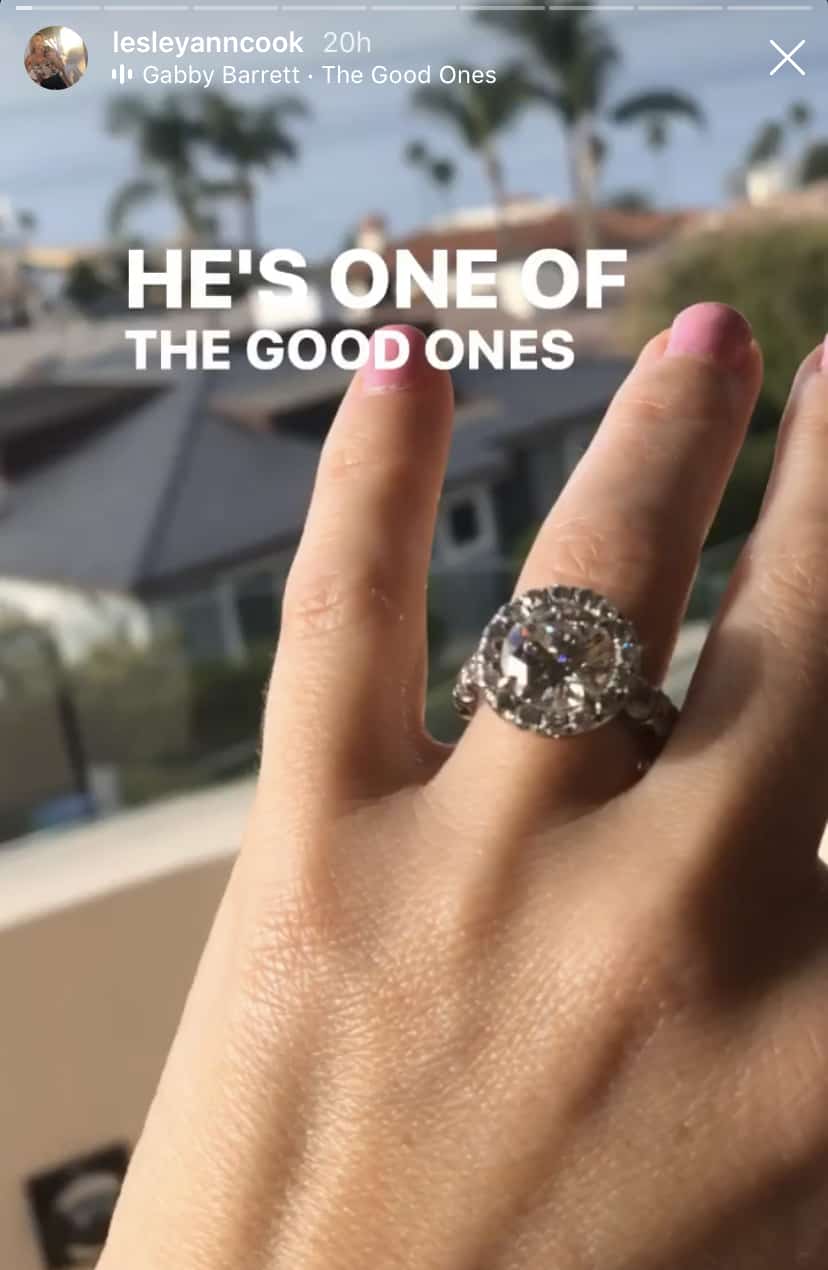 In the caption of her second Instagram Stories photo, Lesley told her online audience that her second ring was a “better one” before including several hashtags, including “#grateful,” “#oneofthegoodones,” and “#livelaughlove.” 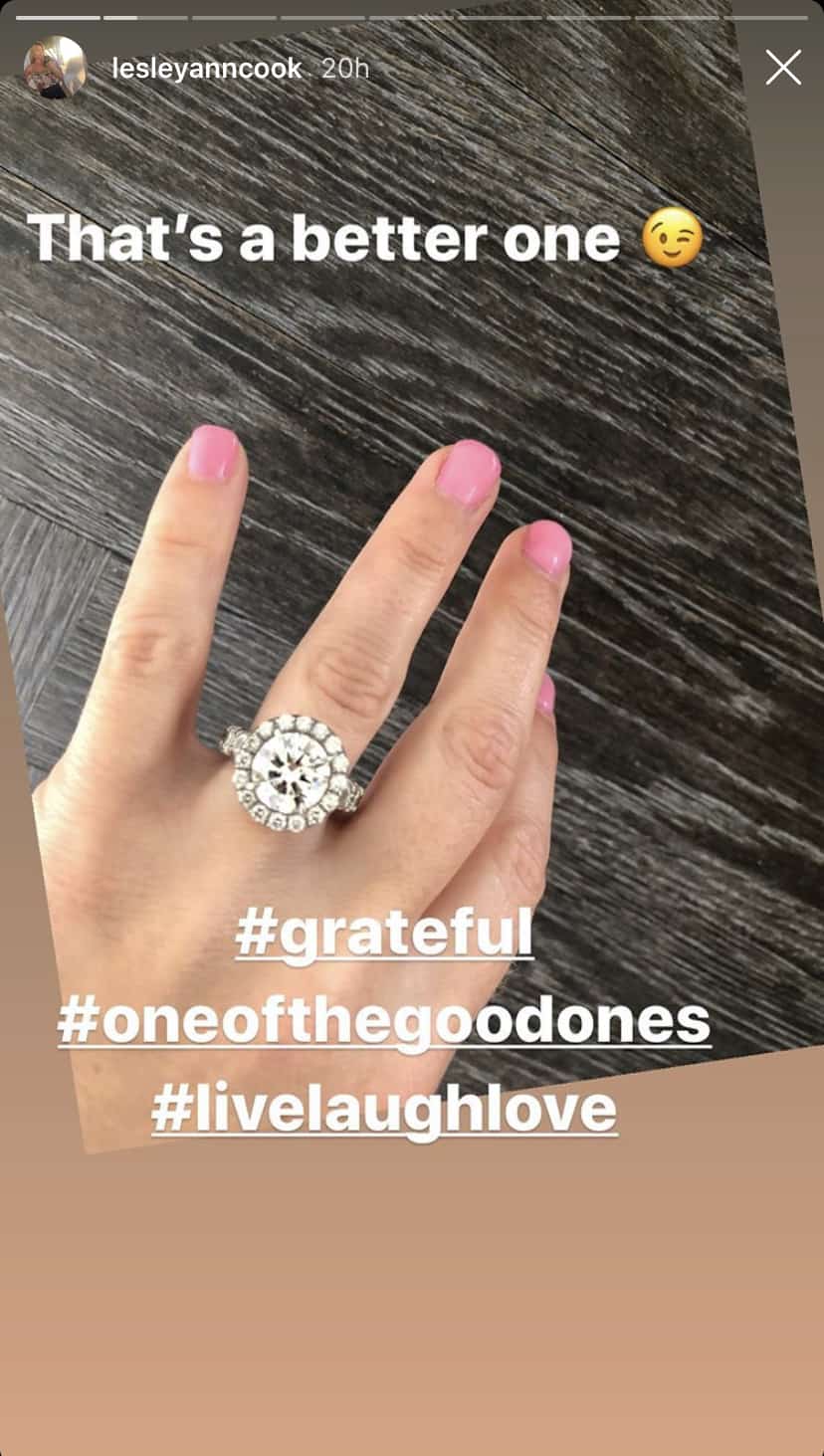 David proposed to Lesley at the end of January while in Miami to attend the Super Bowl with a ring that was reportedly worth between $150,000 and $300,000. That ring, according to Brilliant Earth‘s VP of strategy and merchandising, Kathryn Money, who spoke to Page Six, featured a 4 to 6 carat center stone surrounded by several smaller stones and two bands with between 1 and 1.5 additional carats of diamonds.

Lesley’s first engagement ring can be seen below: 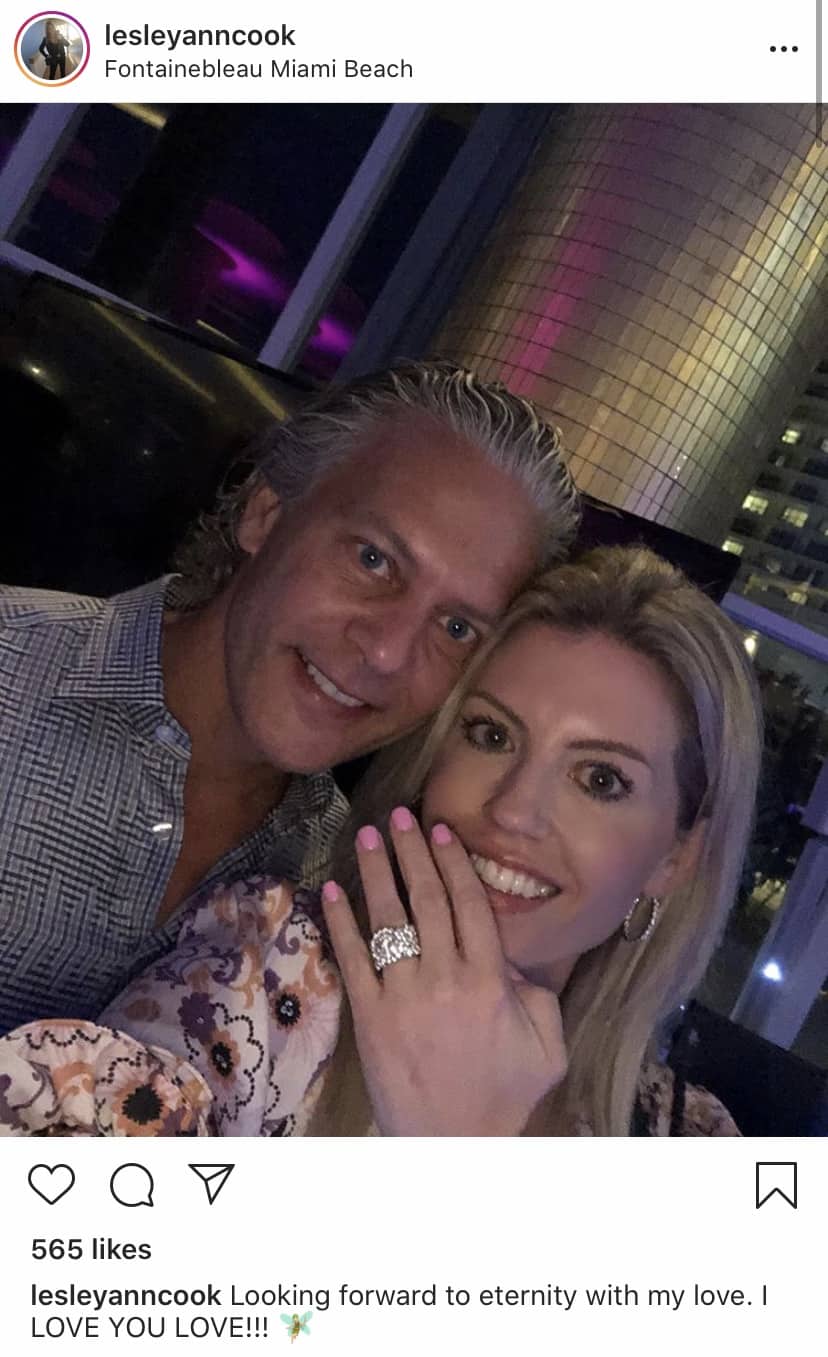 It is unclear why Lesley swapped out the initial ring.

David and Lesley began dating about two years ago, months after David and first wife Shannon announced they were ending their marriage after 17 years.

While Lesley has certainly been basking in the glow of her engagement in recent weeks, she’s also received some backlash online in regard to when her relationship with David actually began.

In response to the criticism, Lesley shared a message on her Instagram Stories days ago.

“For the LAST time We didn’t have an affair. STOP the bully antics. I feel sad people project their dysfunction on us sooo much. Furthermore please unfollow me if you ate us so much. Good riddance,” Lesley wrote.

“[And] thanks for the overwhelming support from the bright souls of this world,” she added.

Follow us and get the latest news delivered to your timeline!
David BeadorLesley CookReal Housewives of Orange CountyRHOC