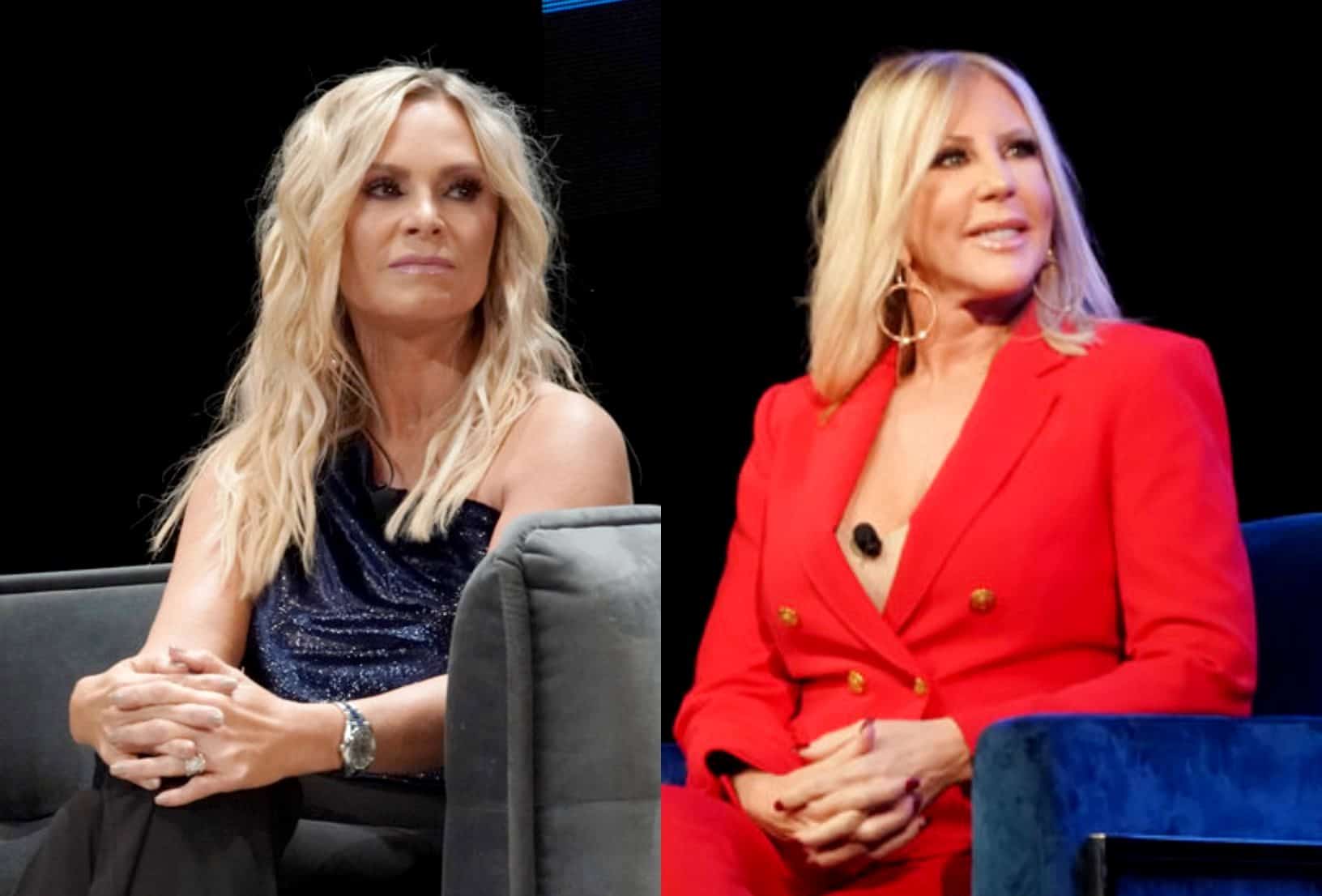 Tamra Judge doesn’t feel that she’s missing out when it comes to the ongoing production of The Real Housewives of Orange County season 15.

After seeing that Vicki Gunvalson had suggested during a recent episode of her podcast, Whoop It Up with Vicki, that the two of them were experiencing FOMO (Fear of Missing Out) after leaving the show weeks before filming began, Tamra responded to Vicki’s comment on Instagram.

“I don’t,” Tamra wrote, along with a laughing-while-crying emoji.

During the debut episode of her podcast, Vicki said that she and Tamra, who announced their exits from RHOC within hours of one another in January, were experiencing FOMO after getting “the big old boot” from Bravo.

“We’re both there for each other through this but we are both feeling really super left out,” she claimed.

“Tamra’s good. We’re good. It’s just a FOMO,” she continued. “It’s really… Bravo, the network became a part of my life. I love them. I still think I’m employed when I wake up in the middle of the night I keep thinking, ‘I’m going to start filming tomorrow.’ But there’s no cameras coming over.”

While Vicki and Tamra are not expected to be featured on season 15 at all, rumors of a spinoff series have been swirling ever since the two of them were seen filming together earlier this month.

“They’re having fun,” a source close to Vicki and Tamra told PEOPLE last week of their new project. “They were approached to do a new show together. They’ve been friends for a very long time, so they have a lot of history. And there’s interest from fans in seeing them on screen again. It felt like the right move. ”