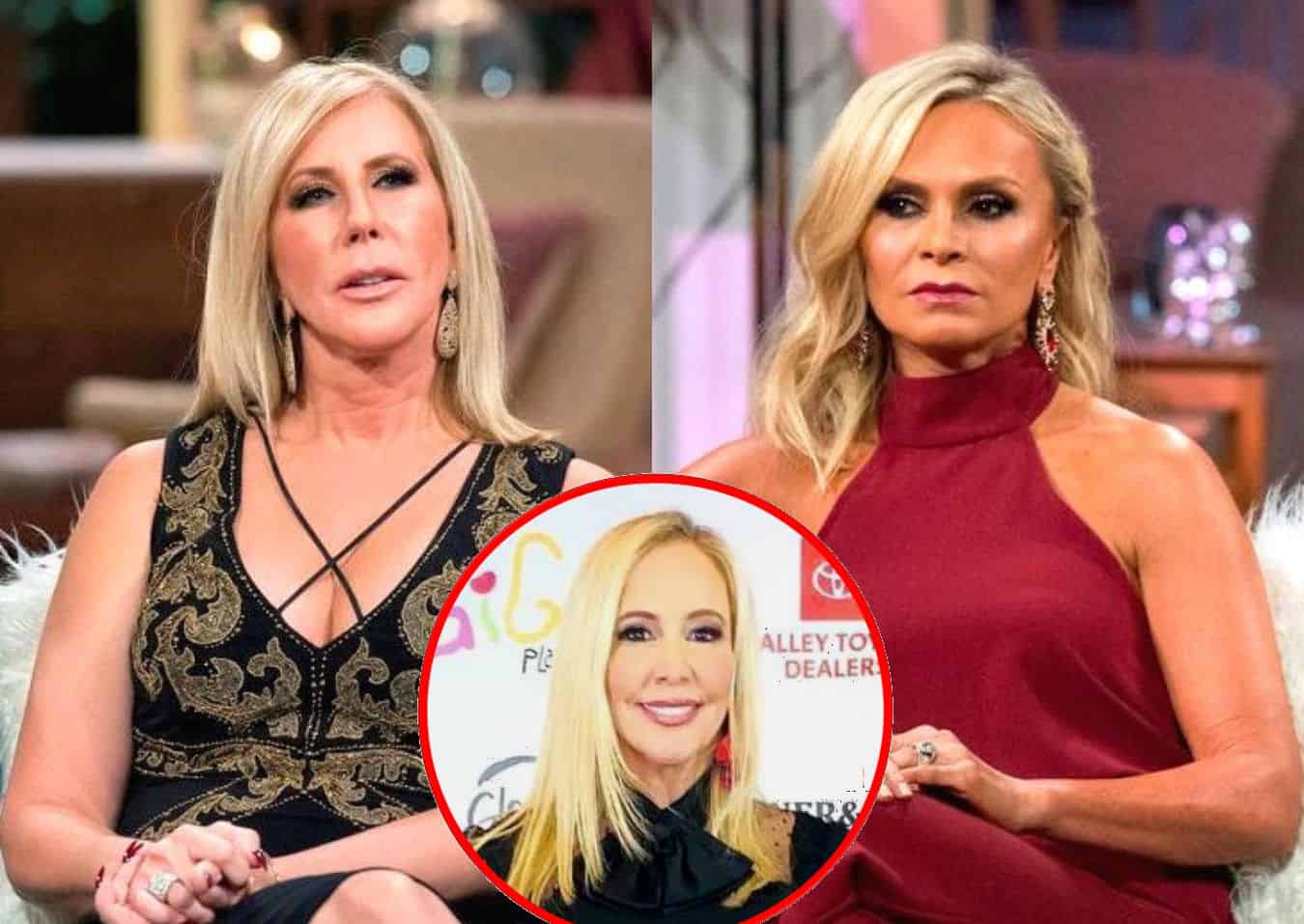 Vicki Gunvalson revealed on the latest episode of her podcast series that Tamra Judge wants the two of them to be welcomed back to The Real Housewives of Orange County.

Before admitting to losing clients due to her role on the Bravo reality series and weighing in on a “ridiculous” decision made by her former co-star and friend, Shannon Beador.

According to Vicki, she and Tamra have been physically ill over Bravo’s decision to fire them ahead of season 15, admitting Tamra sometimes asks her to think of ways to get them back on the series as they remain in close contact since confirming their exits from the show.

“We call each other, probably every day, two o’clock in the morning I’ll get a ‘Fix this Vicki, fix this’ [text] and I’m like, ‘I don’t know what to do, we’ve been fired,’ and she’ll write, ‘Fix it, fix it’ in big capital letters,” Vicki revealed on Whoop It Up With Vicki on March 12. “It’s funny because she’s got diarrhea and I’m throwing up and I’m like, ’We got this. At least we have businesses. We are able to support ourselves. Our taxes are paid.’”

Throughout her 14 seasons on RHOC, Vicki was forced to be in social situations where drinking was encouraged. Looking back, she admitted that she struggled to drink so frequently while maintaining her busy career outside of the show and said that because of things she did while under the influence, her business, Coto Insurance and Financial Services, suffered a bit.

“I did lose clients because I would look like an a**,” she confessed.

Now that she’s left the show, Vicki drinks just twice a week, if at all. Vicki also went on to address Shannon’s recent decision to move into a rental home in Newport Beach, as opposed to buying a house for her family.

Because Shannon received a reported $1.4 million settlement from ex-husband David Beador, as well as monthly child and spousal support payments of $10,000, Vicki believes Shannon should have put that money toward “something she can afford.”

“I personally think, and she’s even said it, ’I love the Newport Beach address.’ Maybe you have to live around the corner. I want to help her but I think she should be purchasing now while she’s still on the show and making the big bucks,” Vicki explained.

Vicki once again admitted that she was “sad” about her departure from RHOC.

“I’m super sad but I hope the legacy that I’ve started will carry on,” she said.