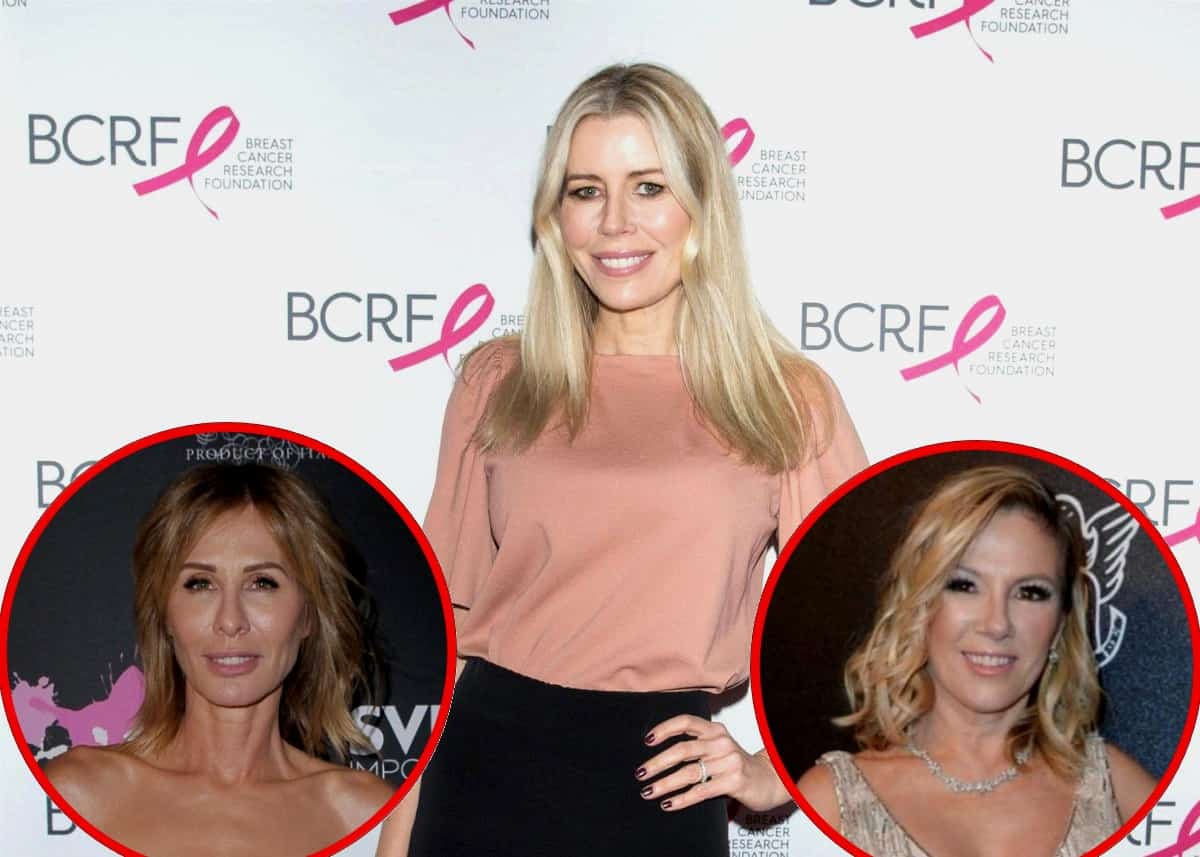 Aviva Drescher opened up about her time on The Real Housewives of New York City ahead of the upcoming premiere of the series’ 12th season.

After recalling a moment from the show in which she claims she was pressured to take shots of Patron, Aviva addressed her relationship with former bestie Carole Radziwill, revealed who encouraged her to bring the Ghostwriter-gate storyline to RHONY, commented on Ramona Singer‘s make-out with her ex-husband, Harry Dubin, and revealed if she’d be open to returning to the show.

“The producer said, ‘Ok, Aviva you’ll make up with Ramona at this restaurant and you’ll do shots together,'” Aviva claimed on the Out in the Wild podcast on March 24. “I don’t do shots, I don’t drink hard alcohol. I told him, ‘I really don’t want to do a shot.’ I was even on antibiotics at the time and kept telling him, ‘I really don’t want to do it.’ So I had to do it and I felt very, very pressured.”

When Aviva joined RHONY during its fifth season in 2012, she was “very, very close” to Carole. She compared their relationship to that of sisters. Then, after Aviva called her co-stars “white trash” during a cast trip to St. Barths, Carole pulled back from their friendship.

“Maybe she got wind that I was going to be unpopular or whatever… She just was very contrived,” Aviva explained.

By Aviva’s second season with the series, which was also her last, she and Carole weren’t friends at all. While opening up to Ramona about the tension between them, Aviva told her co-star that Carole had allegedly used a ghostwriter for her book, What Remains.

“Ramona was like, ‘Oh my god, you have to talk about that on air! That’s such a good storyline!’ And she dragged me to the producer and convinced me to put it on air,” Aviva shared.

While Aviva hasn’t been featured on RHONY for several seasons, her ex-husband, Harry, has been talked about on the show on-and-off. In late 2018, he and Ramona made headlines when they were caught making out.

“The kissing Ramona situation really bummed out my son [who she shares with Dubin]. He was taunted about it by his friends, he’s in high school. So that sucked. He was mortified,” Aviva said about the messy images.

As RHONY fans well know, Harry has been linked to a number of women from the show, including Sonja Morgan and Luann de Lesseps. According to Aviva, he also dated former cast member Kelly Bensimon years ago.

“He dated Sonja, Luann, Ramona… He also dated Kelly somewhere in the past few years,” she revealed.

After noting that Bethenny Frankel was not the one who brought her to the RHONY cast, as Bethenny once claimed, Aviva admitted she would return to the show if given the chance.

“Probably, yes. It would all depend on the money. It’s a job,” she reasoned.

The Real Housewives of New York City season 12 premieres on April 2 at 9 p.m. on Bravo.