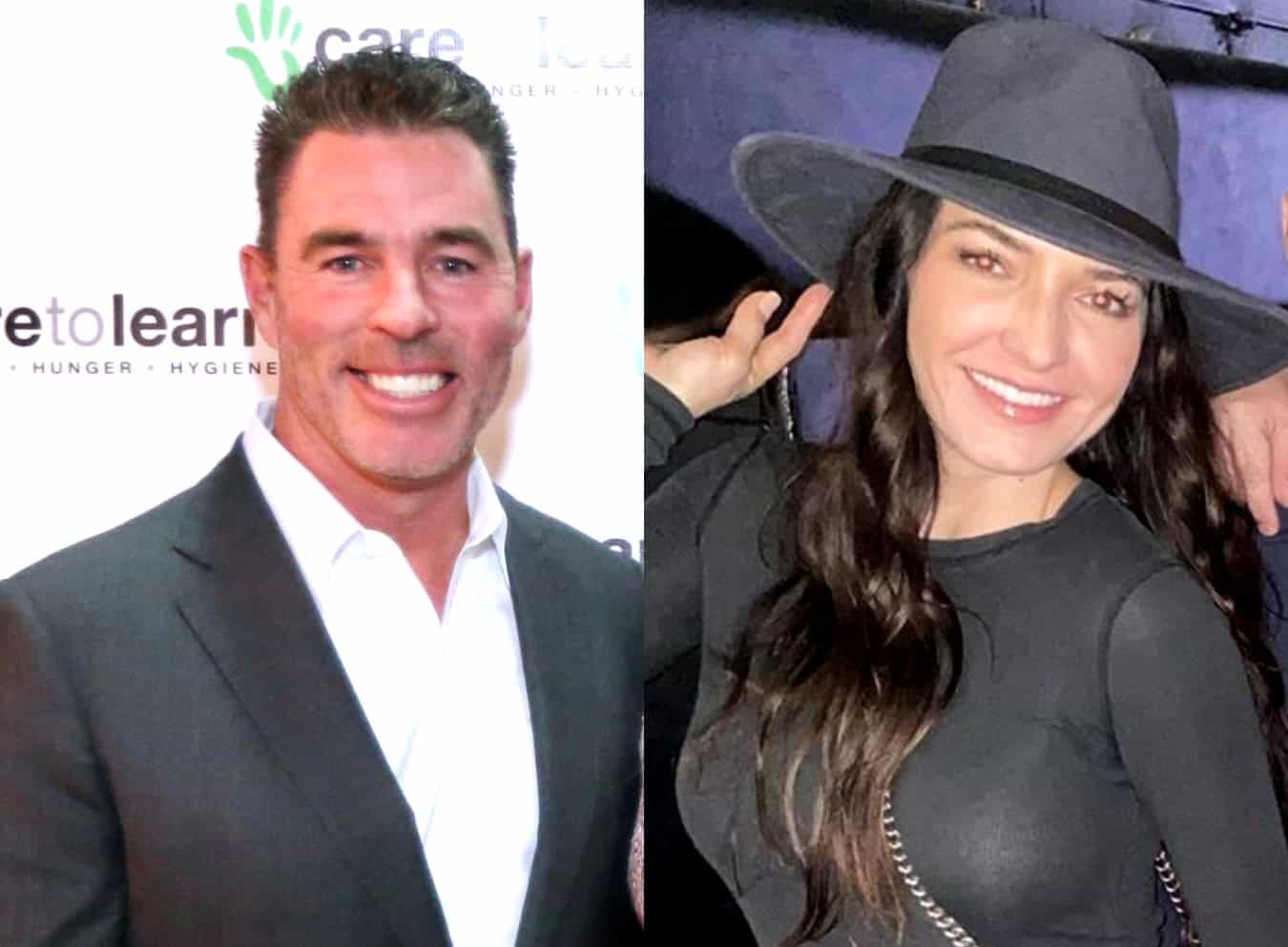 Jim Edmonds‘ girlfriend, Kortnie O’Connor, recently got his attention on Instagram when she shared a photo of herself running on the beach in a black bikini.

Before taking to his Instagram Stories to showcase a couple of images of an injury he sustained during an encounter with the glass door of his shower on Wednesday night, the former Real Housewives of Orange County cast member and estranged husband of Meghan King Edmonds left a flirty comment on Kortnie’s photo.

“Hope we can all kick this virus and be able to enjoy the summer. #staythefhome,” Kortnie wrote in the caption of her April 8 photo, prompting Jim to share seven heart-eyed emojis. 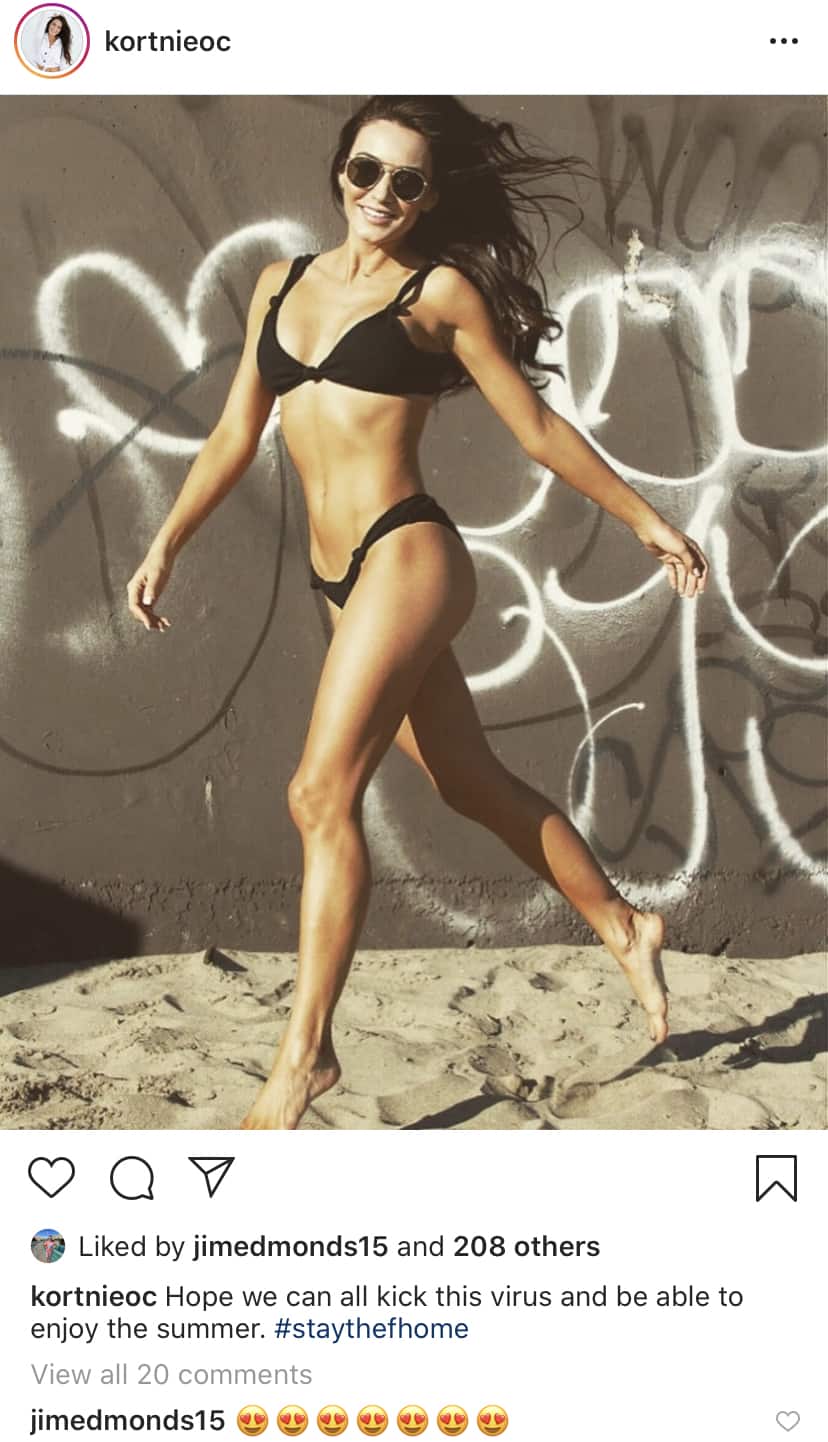 Meanwhile, on Jim’s Instagram Stories, the father of six, who is recovering from the coronavirus, said on Wednesday night that it “hasn’t been a great 2020 yet” before revealing that he “got in a fight with the glass shower door” and was left with a giant gash over one of his eyebrows. 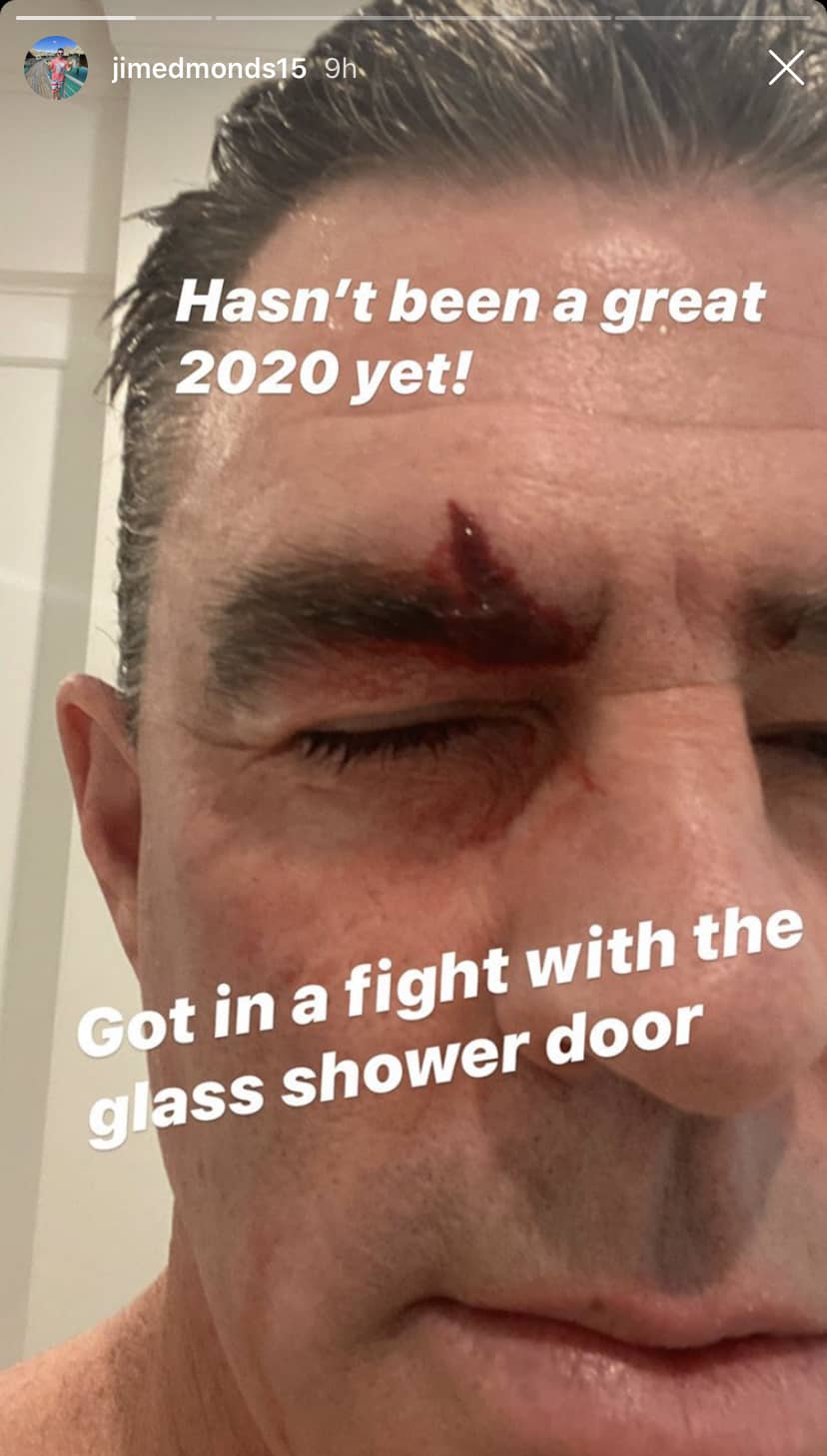 In a second post shared on Wednesday night, Jim told his online audience that his gruesome injury left him in need of 12 stitches.

“Already ugly enough,” he wrote in his photo’s caption. “Just 12 more stitches for this body.” 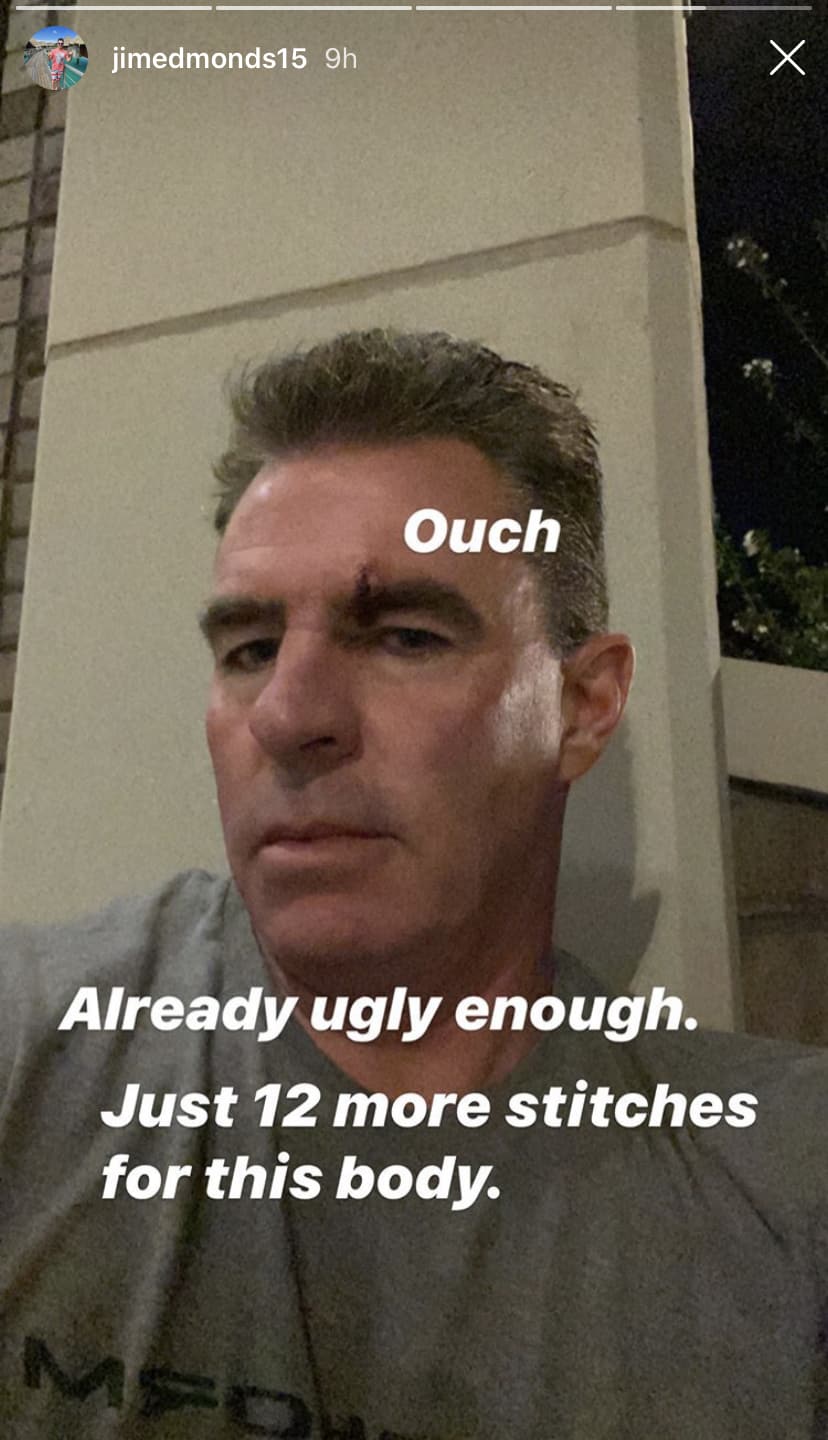 Jim began dating Kortnie earlier this year after splitting from Meghan in October of last year after five years of marriage.

The former couple shares three children, including their three-year-old daughter, Aspen, and their one-year-old twin sons, Hayes and Hart, all of whom are currently living in Los Angeles with their mom amid the ongoing coronavirus pandemic as Jim remains in St. Louis.