Tom Schwartz Talks Pump Rules Fans Having “Fatigue” Over Jax and Brittany’s Wedding, Discusses Devastation Caused to TomTom from Coronavirus and What Went Wrong With His Marriage License 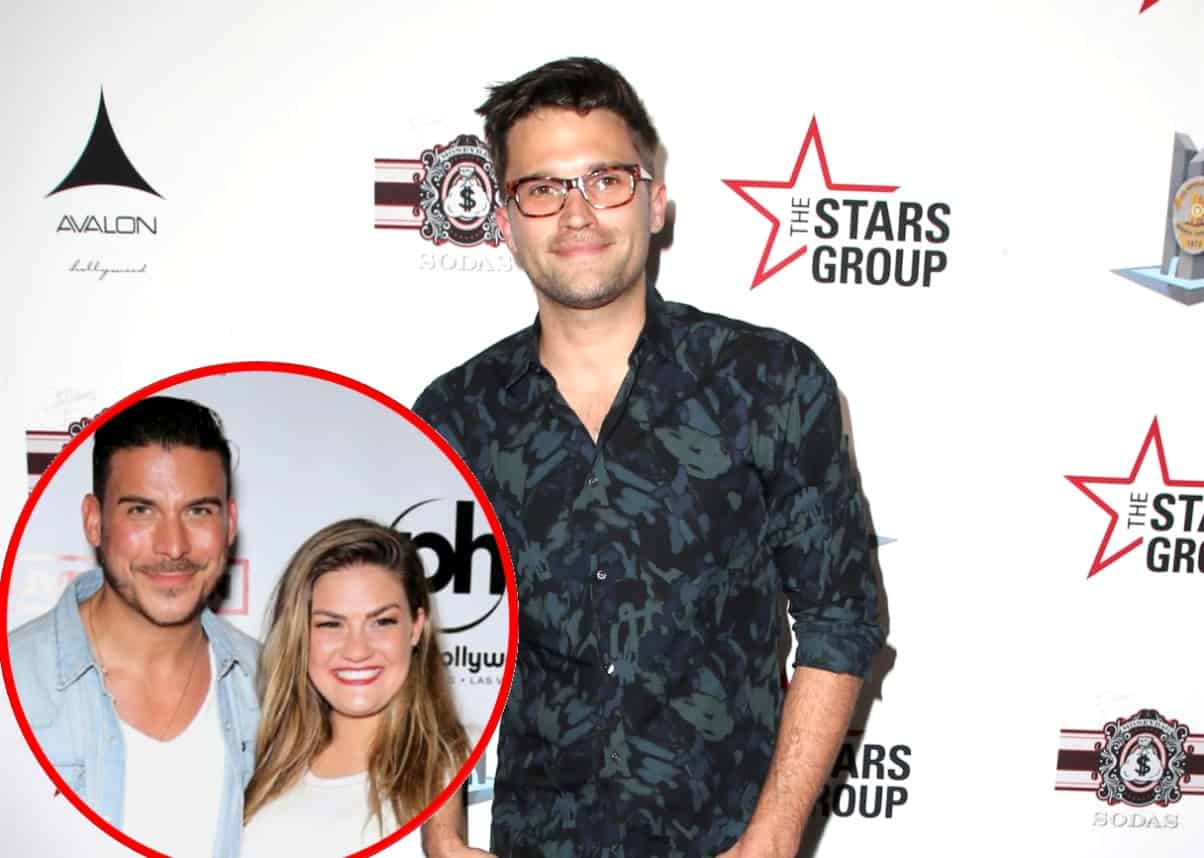 Luckily, he redeemed himself by apologizing to his wife Katie Maloney for his shoddy drunken behavior, but re-living the drama is definitely difficult for the reality star.

“It’s still excruciating to watch myself. [I’m always] getting past my own neuroses,” he recently told Kate Casey during the April 7 episode of the Reality Life with Kate Casey podcast. “That being said, every time I do watch I’m like, “Sh-t, why don’t I watch this more? This is a great show.'”

With a great show comes great editing, and many fans expressed their annoyance at Bravo’s spreading Jax Taylor and Brittany Cartwright‘s wedding over multiple episodes this season. Even so, Tom didn’t seem to mind and loved reflecting back on the wedding memories.

“From my perspective, Jax and Brittany’s wedding was over in the blink of an eye. I loved every second of it. It was a perfectly lovely whirlwind,” he said. “From a viewer’s perspective watching it back, I can see how people had some wedding build-up fatigue though.”

Speaking of weddings, Tom and Katie’s second wedding (or Las Vegas elopement) to celebrate their marriage’s legality is coming up on next week’s episode. Pump Rules fans were shocked to find out a few episodes ago that Tom never actually secured the marriage license for the couple, leaving them unofficially married.

“For the marriage license, we did everything by the book. It somewhere along the way got lost in the process,” he explained. “I decided just to own it and to take responsibility because it was my assigned duty. [I] followed up multiple times, but got tired of chasing that piece of paper. It’s just a technicality that we decided to embrace and use as an opportunity to re-celebrate our love and union — Bubba Love.”

As for his and Tom Sandoval‘s beloved TomTom, he noted how working there is “an utter joy” and explained that business was “thriving” before the crushing news of the coronavirus pandemic caused all of Lisa Vanderpump‘s restaurants to temporarily close their doors.

“Our world as we know it has come to a halt. [The] restaurant industry has been devastated,” he stated. “Tom and I wanted to do something to help, so we’re raising as much money as possible via Cameos for our staff. We should have raised $40,000 by the end of this week and we will distribute evenly to our staff at TomTom. It’s not much, but it’s something.”

Hopefully, there’s a light at the end of the tunnel (and a TomTom spinoff).