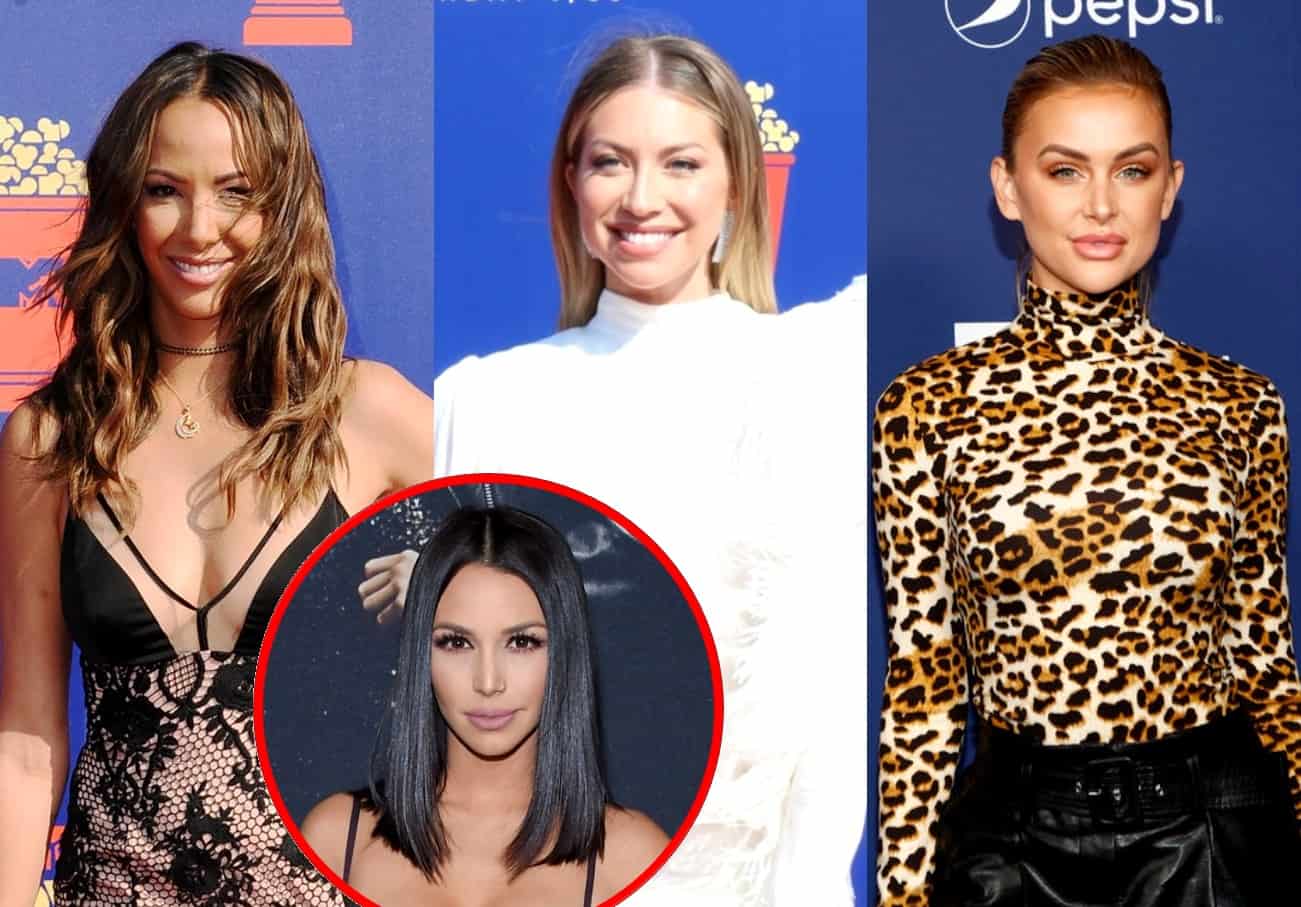 The Vanderpump Rules star chatted with Scheana Shay recently for her podcast to dish on the current state of her and Stassi’s relationship as well as co-star Lala Kent‘s “mean-spirited” fighting style.

Although Kristen shared that she is invited to Lala’s wedding and bridal shower, everything is still up in the air concerning Stassi.

“To be very honest, I don’t think I will be [invited to Stassi’s wedding],” she shared on Scheananagins with Scheana. “She says it’s 50/50, I honestly don’t think it’s going to happen. I think every time Stas and I get to a place of calm, cool, and collected and something better than what you’re seeing on the show, I feel like something happens that just takes it back down.”

The feud between Kristen, Stassi, and Katie Maloney seems never-ending, and Kristen explained how her recent Vanderpump Rules: After Show comments (and ensuing Twitter war) brought her friendship with Stassi back down again, but that she tried to make amends after.

“I accepted responsibility for [my After Show comments], I [apologized], I was being an a—hole, I don’t condone talking about someone’s work ethic that way,” she stated. “I didn’t mean it. I was spewing venom, I was pissed off, I was hurt. I just said a lot of things that I didn’t mean and it wasn’t okay. I apologized [and] that wasn’t good enough so that’s where we stand and I think that’s where it’s gonna stay.”

During the interview, Scheana also shared her thoughts on Lala’s recent “condescending” comments about her needing to “grow up” — both on the show and on an episode of the After Show. Scheana revealed how hurt she was by what Lala had to say.

“That was f—king rude, like okay there’s nothing interesting to watch about me? When everything‘s interesting about you, right?” Scheana lamented. “It’s just this ‘better than everyone’ attitude and I just … I don’t want to text her about it, I don’t want to do it on a phone call, I wanna do it in person. I wanna see her face-to-face.”

Kristen signaled her support for Scheana, noting how the Pump Rules cast is known to “make little jabs” at one another, but when it’s taken too far, it’s not okay.

“I think all of us poking fun at the thing that sticks out the most about us — like Schwartz being kind of a pushover, a little p—y, and Tom being over-the-top, and you wearing crop tops and me being crazy — whatever it is, I think that’s fine,” she said. “But when it’s taken to a level that actually is hurtful and mean-spirited, I just don’t stand by that.”

Kristen expressed how she thinks Scheana and Lala should wait to have a real conversation so Scheana can say how she feels, adding how “friends don’t talk about friends like that.”

“I texted her [about her Instagram post on her fighting style] and I said that I think this is really powerful, about not living in shame for your actions, but you need to own them later,” Kristen explained. “And when it came to the specific after show things that she said about you, in a similar sense to what I said about Stassi, I think she owes you an apology.”