RHOBH’s Camille Grammer Slams Lisa Rinna as a “Hypocrite” and Suggests Denise Richards Will Carry the New Season, Reveals if She’s in Touch With Lisa Vanderpump 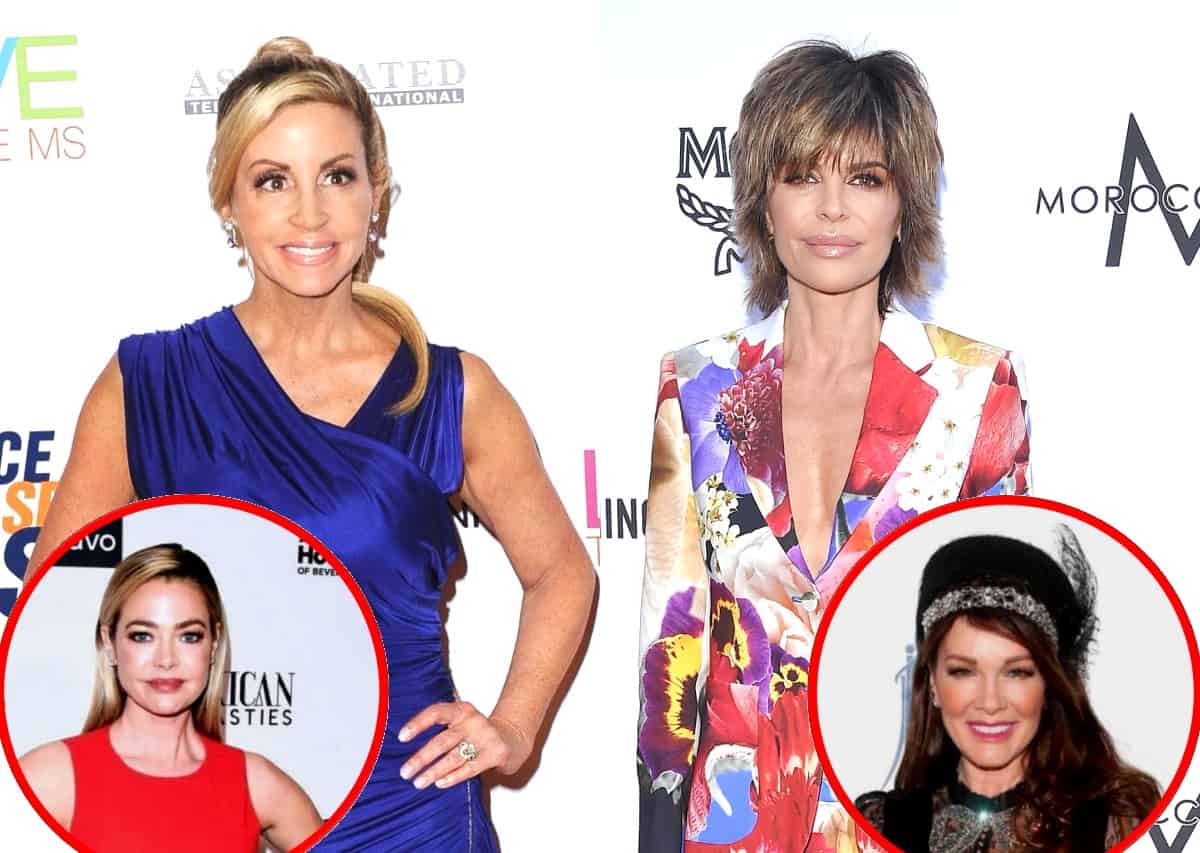 Camille Grammer has some opinions about the recently premiered 10th season of The Real Housewives of Beverly Hills and has taken to Twitter to share them with her fans and followers.

After it was revealed during the premiere episode that Denise Richards stopped filming in December after being confronted with rumors of an alleged affair with Brandi Glanville, Camille called out Lisa Rinna before suggesting it was Denise who would be carrying the new season. Plus, Camille also opened up about her relationship with Lisa Vanderpump and her role on season 10.

Following the premiere episode, Camille reacted to a fan who pointed out that Rinna had protected Dorit Kemsley during season nine when Camille brought up her money issues before attempting to force Denise into talking about the nature of her relationship with Brandi during season 10.

“Dear [Lisa Rinna] you are a f**king hypocrite .. y’all protected Dorit last season when Camille brought all her skeletons on the table .. and suddenly Denise signed up for the show & have to talk about everything,” the fan wrote.

“Amen!” Camille agreed. “I’m glad someone said this. And now we said it!” 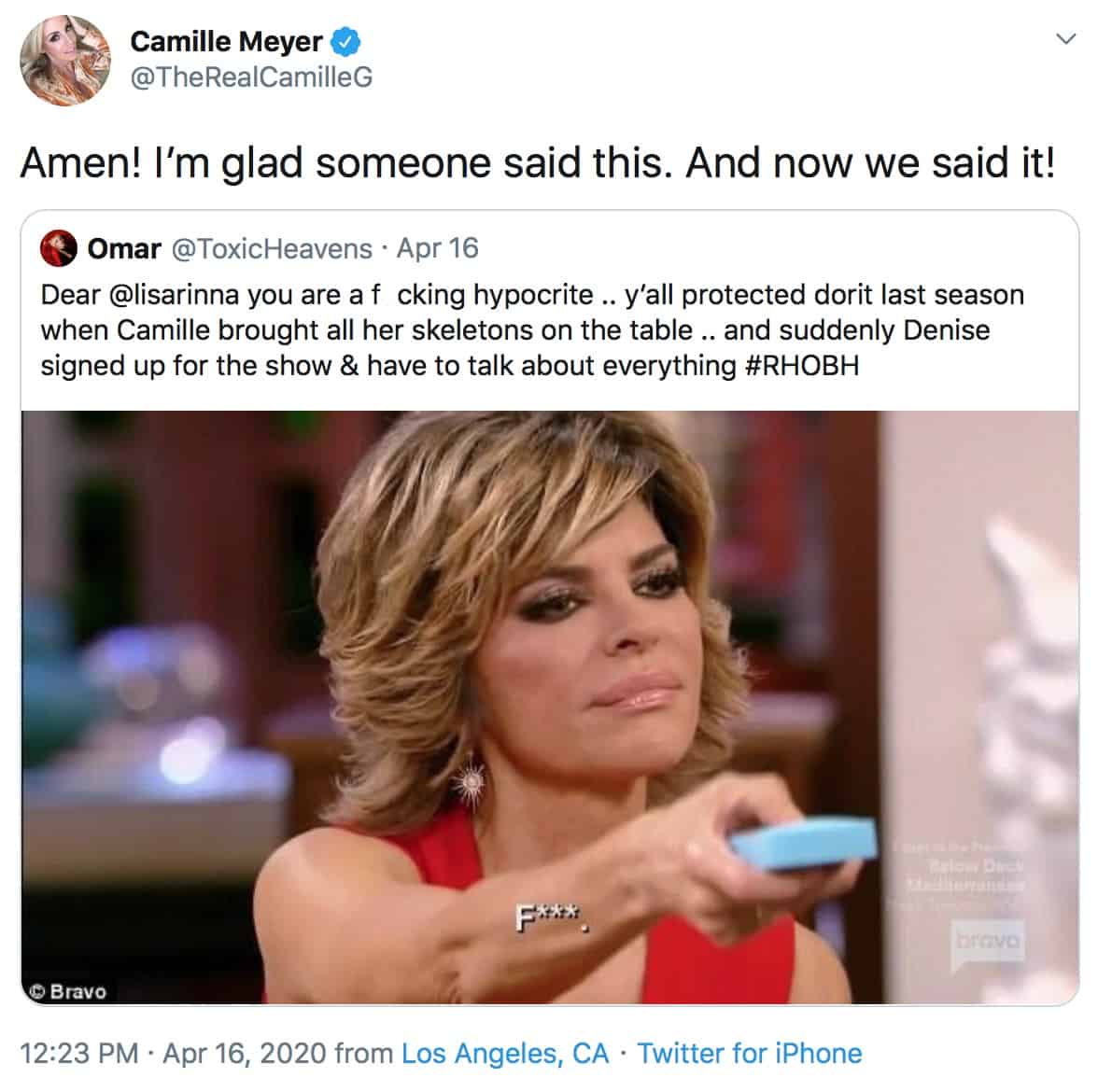 In another tweet, Camille predicted RHOBH season 10 would be all about Denise.

“[Denise Richards] is going to carry this season. Beautiful, I have some Advil left over from last season if you need it,” she tweeted.

Also on Twitter, Camille responded to a fan who wanted to know if she and Vanderpump were still friends and if she would be seen at all during the upcoming episodes.

“Are you still in touch with LVP? And are you making an appearance on housewives this season?” the fan wondered.

The Real Housewives of Beverly Hills season 10 airs Wednesdays at 8 p.m. on Bravo