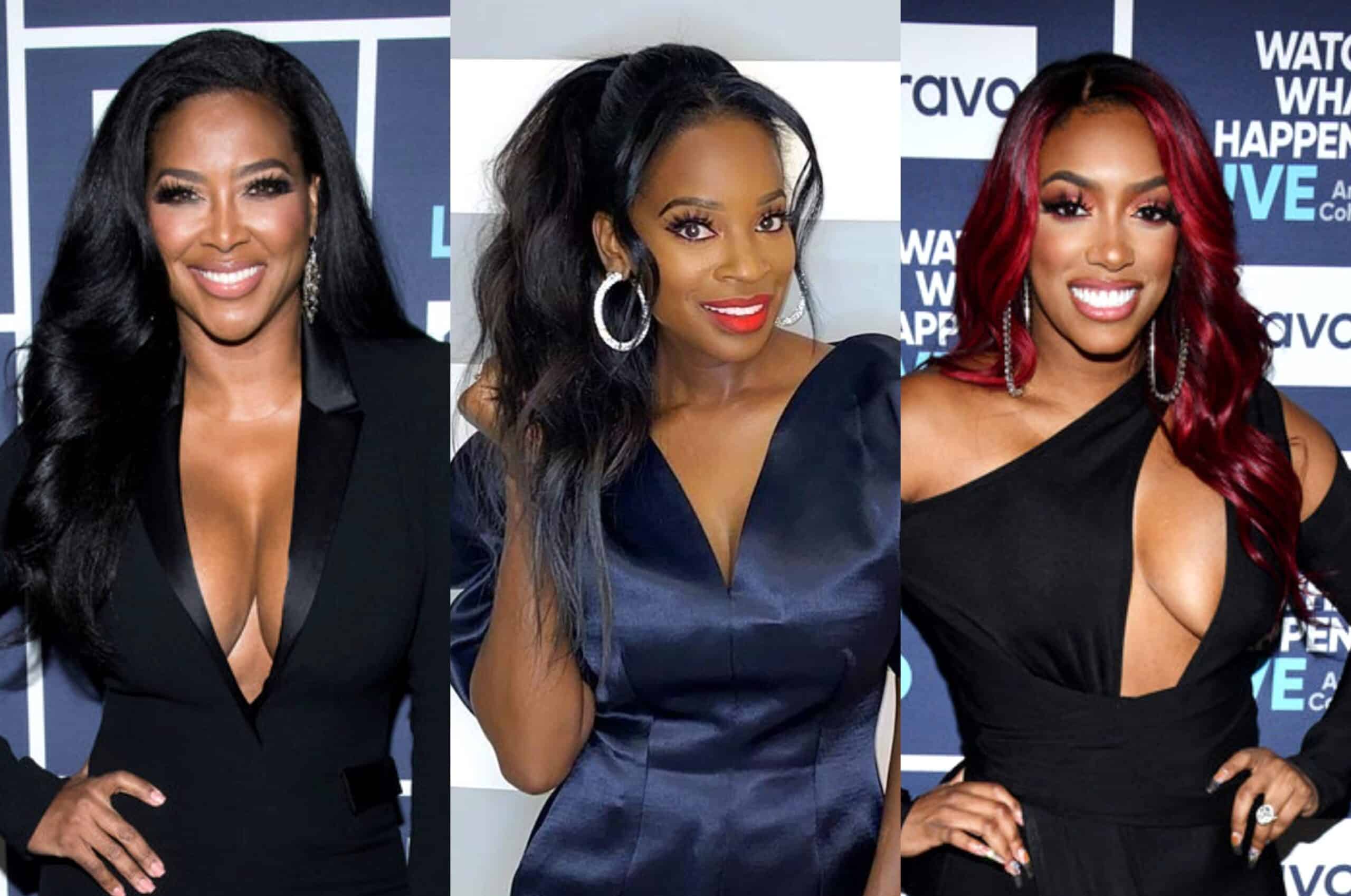 Kenya Moore is sharing receipts from conversations with Shamea Morton. Was she there for Porsha Williams‘ BFF during her pregnancy as she claimed on The Real Housewives of Atlanta?

Kenya shared these receipts following the April 5 episode of RHOA at the March of Dimes event. At the event, Kenya claimed Shamea contacted her when she thought her water broke because Porsha was busy.

“I remember you [Shamea] texted me, and you were like ‘I think my water broke,” Kenya said in front of a stunned Porsha. “And I said, ‘Do you need me to come to the hospital?’ I don’t know where Porsha was…I think Porsha was doing something else…working that day.”

Porsha picked up on the shade and set the record straight during the finale episode. Porsha claimed Shamea told her that Kenya was texted after Shamea’s actual delivery to share the story of her water breaking.

Kenya has since claimed she was never trying to upstage Porsha, and now she’s bringing more receipts to the table.

In a Twitter post on April 19, Kenya tweeted out text message screenshots of her conversations with Shamea with the following caption:

“I supported Shamea & Porsha throughout their entire pregnancy OFF CAMERA. I was pregnant & panicked when I got the text about her water. We were all GREAT friends 2each other. The intimacy we shared was sacred & we all had beautiful babies. God is good. #RHOA #receipts.” 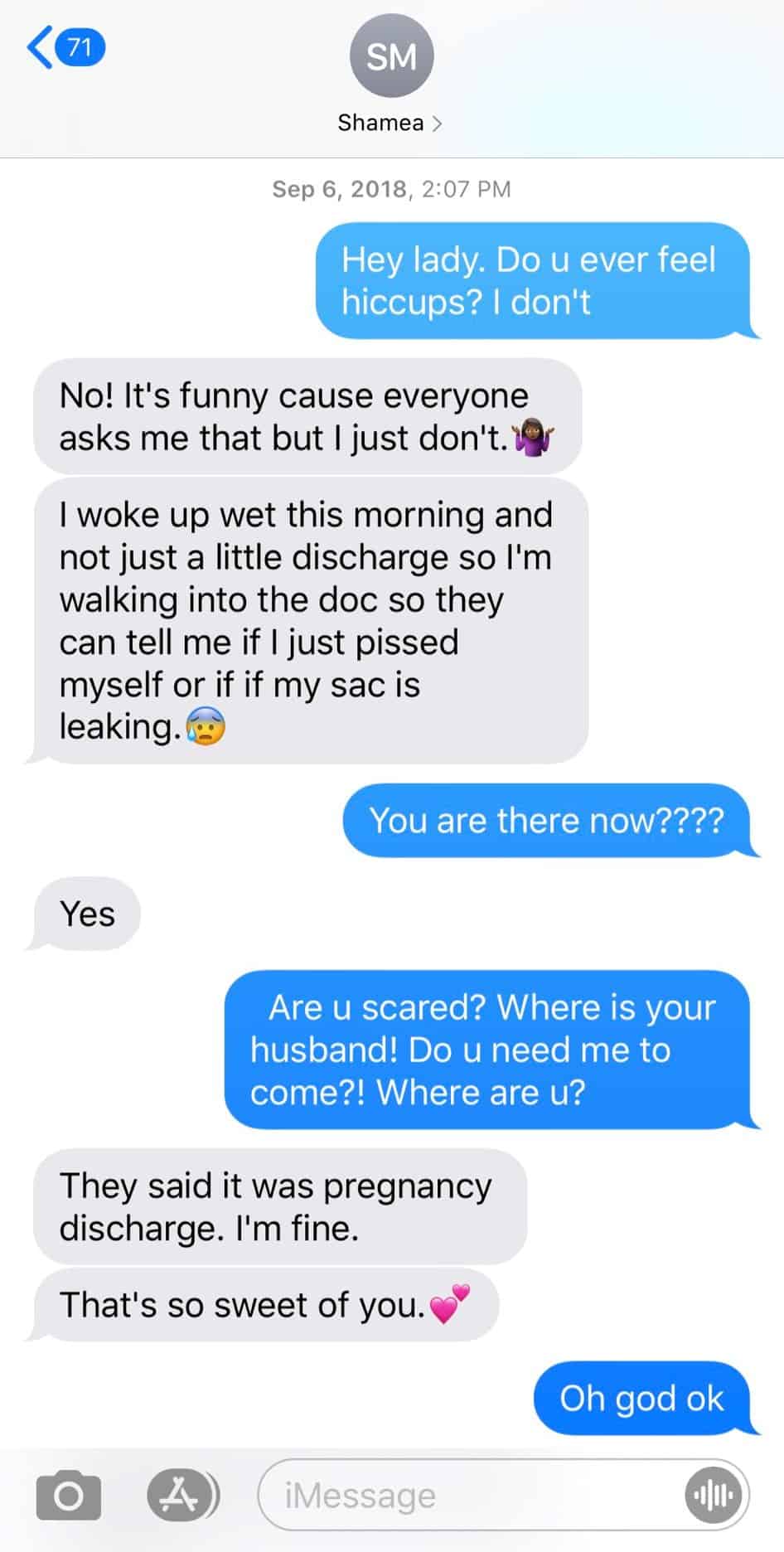 The text messages show the back-and-forth between Kenya and Shamea, with Shamea contacting Kenya about a “discharge” (not necessarily her water breaking/going into labor). Shamea also said she was going to the doctor to check everything out. Kenya justifiably showed her concern, replying, “Are u scared? Where is your husband! Do you need me to come?! Where are u?”

Shamea responded that she was “fine” and that her potential labor scare was actually just “pregnancy discharge” and a false alarm.

While Kenya’s texts appear to prove her claim of Shamea texting her when she thought her water broke, fans on Twitter were also not having it. They denied the validity of these texts being “receipts” and claimed Kenya’s comments at the charity event implied a different story.

“The problem is you made it as if Shamea texted YOU outta the blue with indifference to Porsha in fear that clearly wasn’t the case,” wrote @ThatSheShe.

“Excatly, bingo,” commented @ColeWorld1130, “she was being shady per usual.”

“But this isn’t when her water broke, she ended up just having discharge and was fine so how does this prove you were the first person she contact when her water actually broke?” wrote @PPaws83. “I’m confused, what’s this supposed 2 b proving again?”

However, other fans believed Kenya’s text proved she didn’t lie.

Another fan responded that “it proves the fact that [Shamea] DID text Kenya prior to [going] to the hospital!”

Twitter user @ayDursi also believes Kenya’s texts disprove Porsha’s claim that Shamea only texted Kenya after she had given birth. 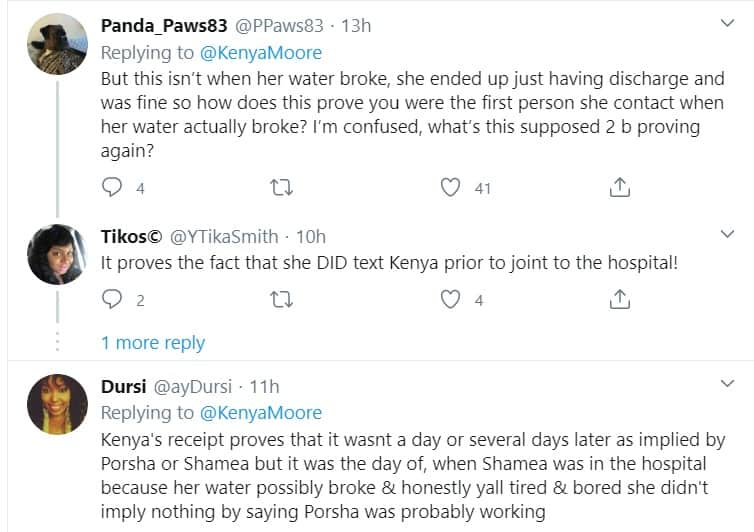 Another fan of Kenya’s accused Porsha and Shamea of being fake and holding a grudge against Kenya.

“I remember how you and Porsha decided to move on and you the only one who did positively with the both of them. They both fake and superficial 4 fake moving forward and acting cool with you,” tweeted @JadenLungi.