Home Vanderpump Rules Vanderpump Rules’ Scheana Shay Claps Back at Jax Taylor After He Claims She “Gives Away the Farm” on the First Date, Reveals if She Still Works at SUR Restaurant

Vanderpump Rules’ Scheana Shay Claps Back at Jax Taylor After He Claims She “Gives Away the Farm” on the First Date, Reveals if She Still Works at SUR Restaurant 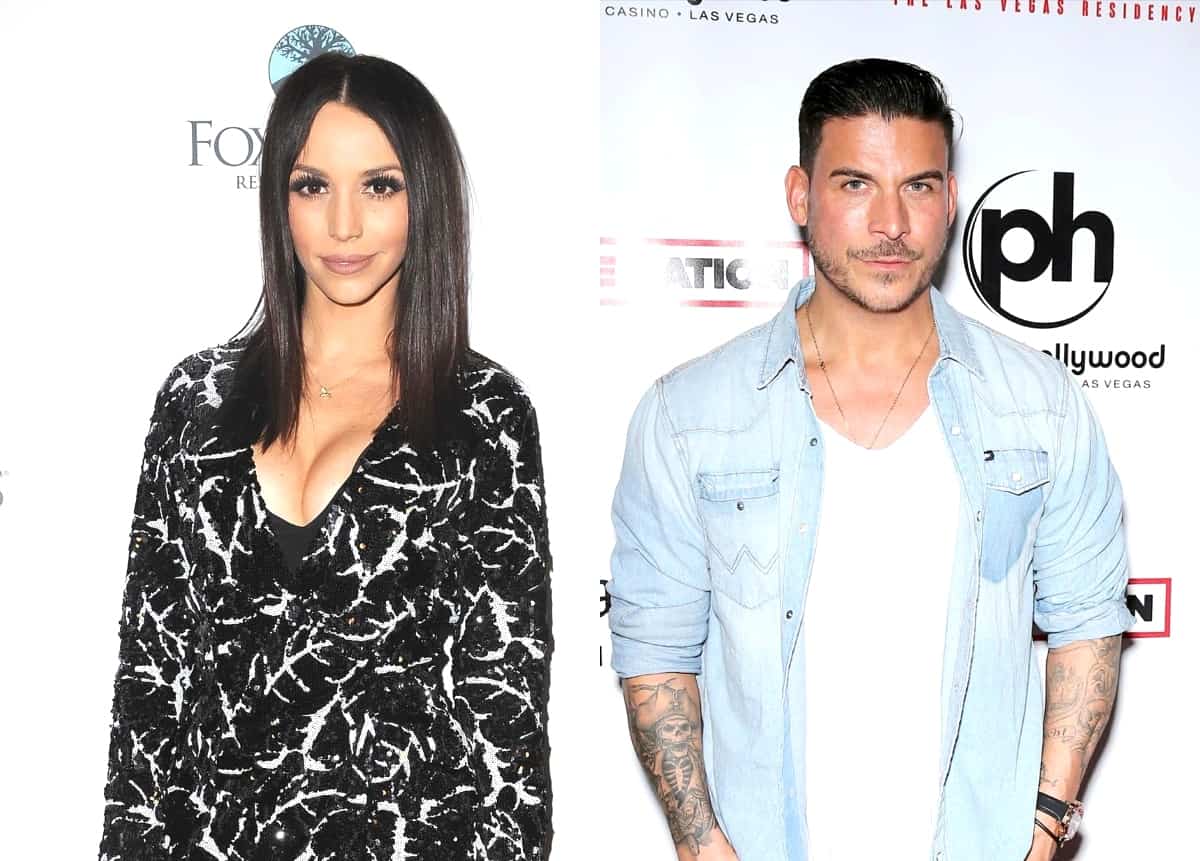 After seeing that her Vanderpump Rules co-star took aim at her past struggles in the men department during a recent taping of the Pump Rules: After Show by accusing her of giving away the farm on the first date, Scheana took to her Twitter page to fight back and suggested Jax doesn’t know anything about her dating life.

“Lol. I love you Jax, but you’re wrong and honestly wouldn’t truly know. Ask my BF,” she tweeted.

During the Pump Rules: After Show, Jax said Scheana is “lousy” with men because she tries too hard.

“[Scheana] wants it so bad. She will do anything for these men that she’s in relationships with,” he explained. “Also, she kind of gives away the farm on the first date… she gives away it all on the first date and I’m always like, you gotta play a little hard to get. When you give it all to them, when you take them on trips, when you do all this… taking a guy to Iceland the first couple weeks after meeting him, buying him Apple watches, telling guys on first dates about your eggs and stuff: these aren’t things you do.”

While Scheana has appeared to come off a bit strong with men in the past, she is currently seven months into her latest romance with boyfriend Brock Davies and appears to be quite happy with him as they remain in quarantine at her Palm Springs home.

In another Twitter post, Scheana responded to a fan who wondered if she was still working at SUR Restaurant.

“I eat there more than I work lol,” she replied. 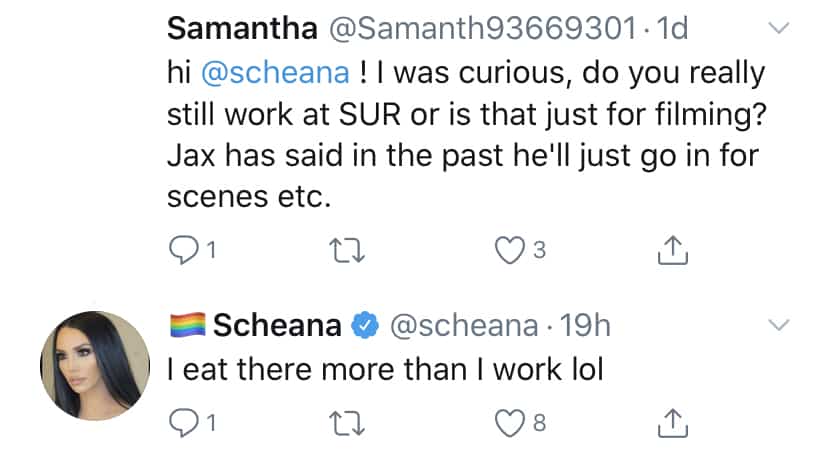