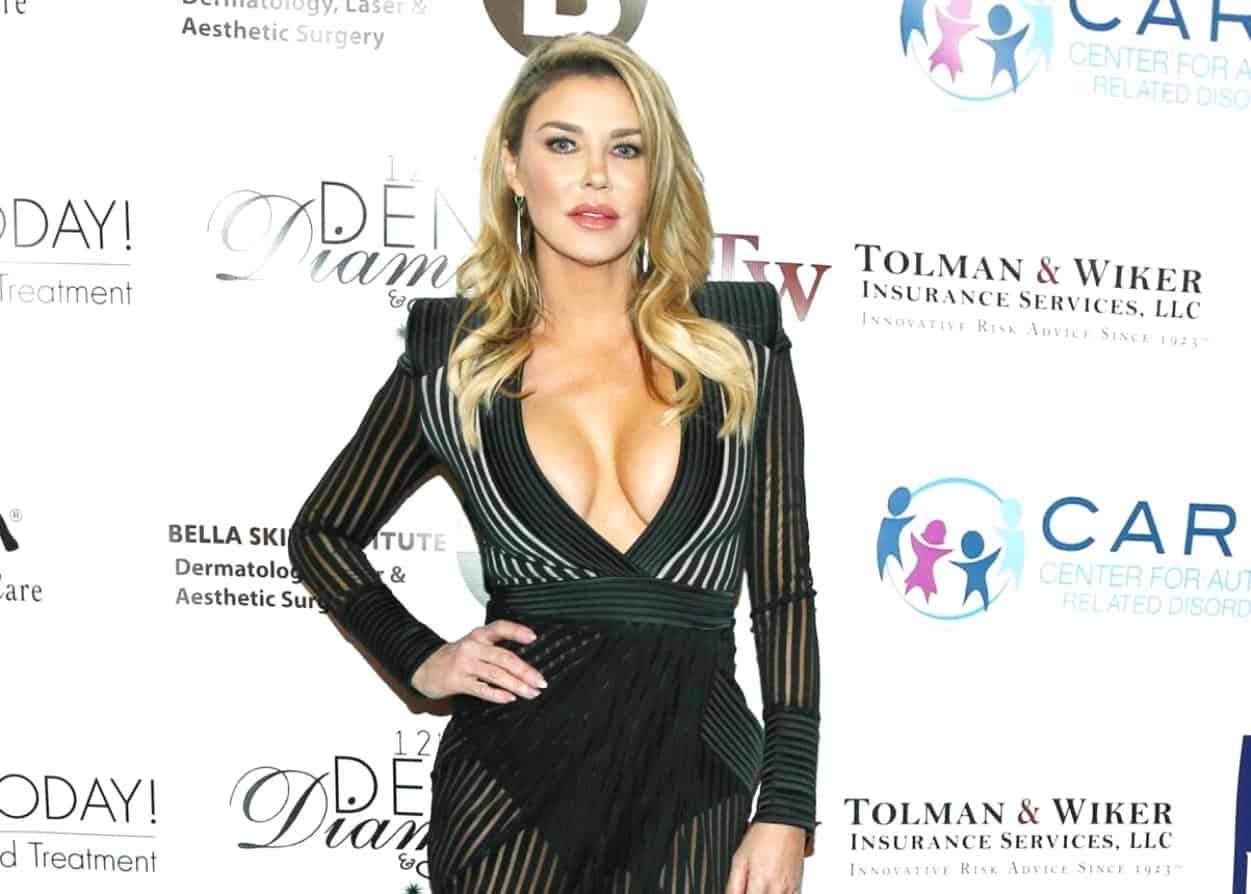 Brandi Glanville is opening up about the many vague tweets she’s shared amid the ongoing rumors about her alleged affair with Denise Richards.

In a series of posts on Twitter days ago, the Real Housewives of Beverly Hills star explained why she often tweets just “a few words” before insisting to fans that she hasn’t lied about anything and revealing Bravo has contacted her and requested she stop talking about the show on her social media pages.

“The reason I post a few words with out explanations are because I can’t give a f**k about y’all haters! I got kids to raise- Looking back at the comments is just super unhealthy. Night,” Brandi shared in a tweet on Thursday.

“OMG please stop the hatred -I’m not f**king lying about anything that went down #1, number [two] why are you attacking everyone on the cast??? We are here to entertain you,” she wrote in a second.

Ever since rumors hit the web in January in which it was noted that Brandi and Denise had allegedly hooked up for months after Denise married husband Aaron Phypers, Brandi has been posting mysterious messages about the nature of their relationship and in February, before the RHOBH season 10 taglines were released, she shared a vulgar post after Denise requested help choosing hers.

“For anyone wanting ‘tagline’ help this could work ‘I might be married to a man but I’m still allowed to eat p***y,” she wrote in a now-deleted tweet.

Understandably, Bravo doesn’t seem to have approved of Brandi’s antics and after contacting Brandi, she quit responding to her followers’ questions.

“I’ve been asked by [Bravo] to stay off social media talking about the housewives… this is the ONLY reason I am not replying to you f**king hater c**ts! C**t wait for open season.”

In this article:Brandi Glanville, Real Housewives of Beverly Hills, RHOBH