Home Real Housewives of Orange County News PHOTO: RHOC’s Jim Edmonds Poses for Selfie With Girlfriend Kortnie O’Connor as Meghan King Admits to Feeling That She Failed Her Children Through Divorce and Reveals She Misses Her Step-Kids

PHOTO: RHOC’s Jim Edmonds Poses for Selfie With Girlfriend Kortnie O’Connor as Meghan King Admits to Feeling That She Failed Her Children Through Divorce and Reveals She Misses Her Step-Kids

by Lindsay Cronin May 11, 2020 20 comments
ShareTweetWhatsappPinterestRedditTumblrMailFlipboard 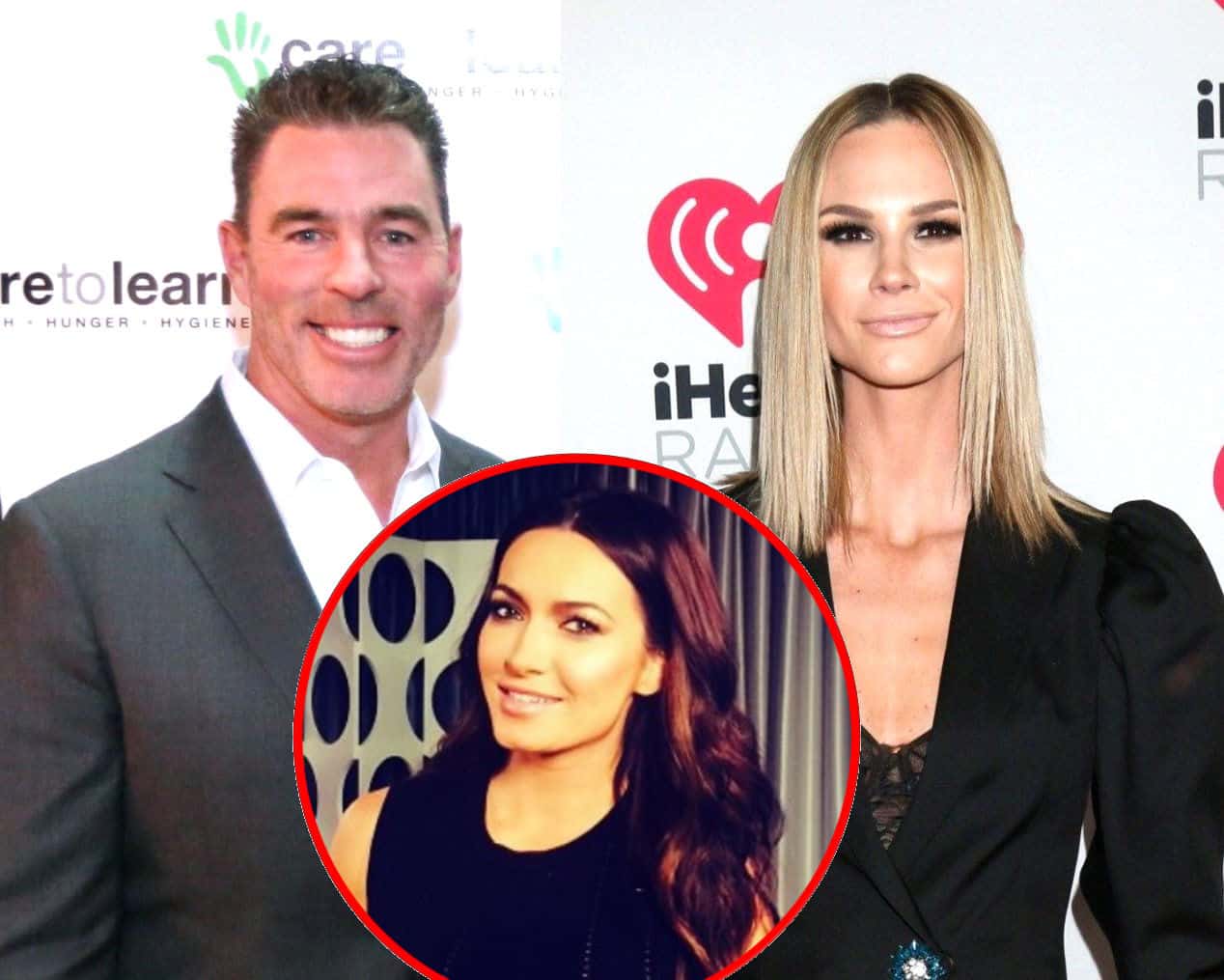 After Kortnie shared a sweet selfie of herself and Jim on her Instagram Story from Missouri, Meghan shared an emotional post on Instagram. In the post, Meghan admitted she wasn’t looking forward to celebrating the holiday from her home in Los Angeles and revealed she was feeling as if she failed her three kids, including three-year-old Aspen and one-year-old twins Hayes and Hart, with her impending divorce.

“Finally out of the house,” Kortnie wrote in the caption of her photo on Saturday, May 9. 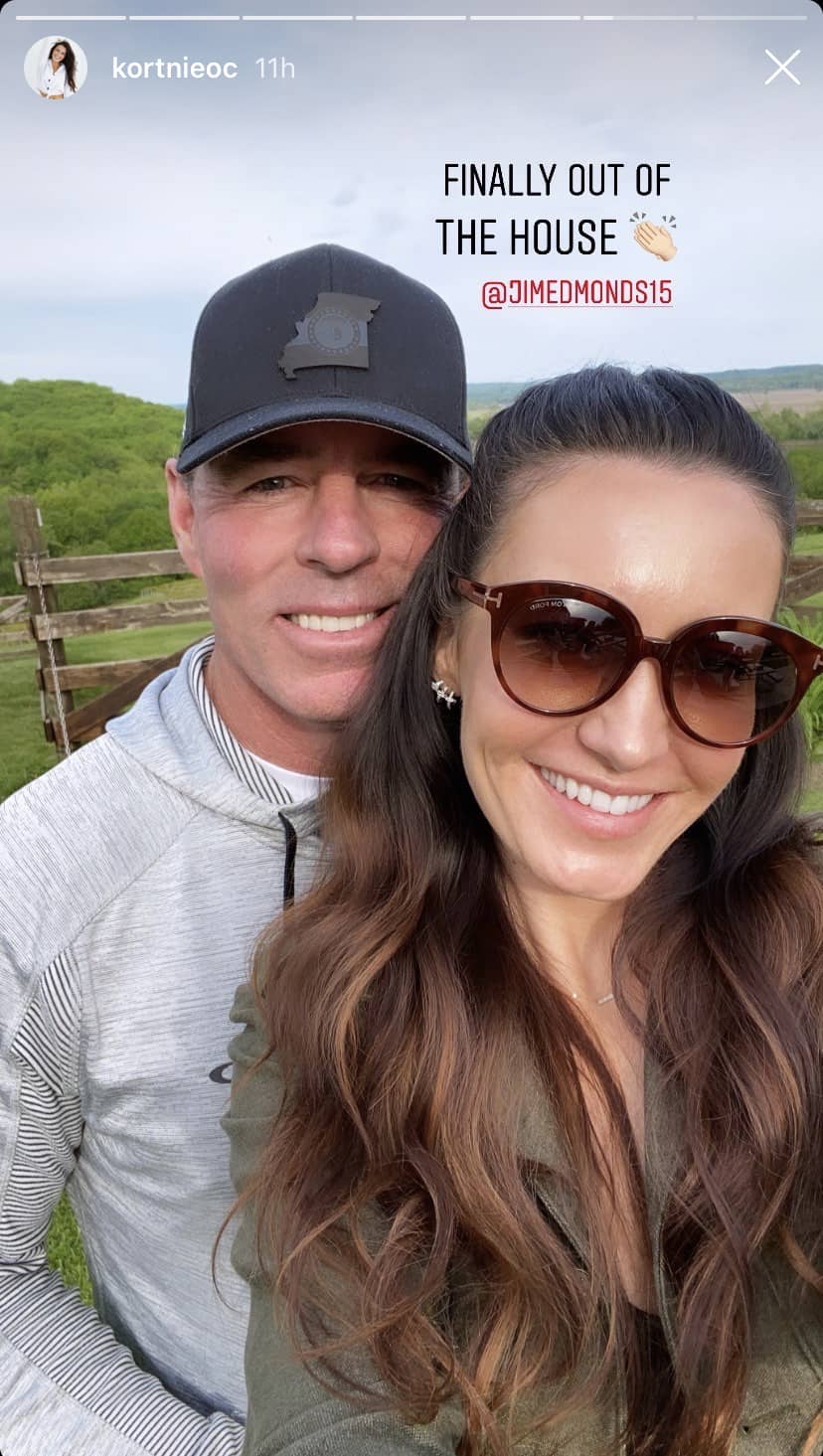 Meghan first revealed Jim and Kortnie, who she claims used to be her friend, were a couple in January as she relocated from the home they used to share in Missouri to a rental in L.A.

Following Jim and Kortnie’s day out, Meghan shared a photo of herself and her three kids on Instagram.

“I wasn’t looking forward to this Mother’s Day. Quarantined with 3 screaming toddlers for 9 weeks while trying to work hasn’t exactly been a prime environment for me to feel like I’m earning any mother-of-the-year awards,” Meghan began in her May 10 post. “Being prisoners in our home has killed our spirits and crushed our souls.”

According to Meghan, her thoughts on Mother’s Day were further impacted by the fact that Sunday was her first Mother’s Day without Jim, which is something she never envisioned.

“‘Families are created out of unconditional love,’ I thought. ‘Two parents weather life’s storms but always remain together to celebrate the subsequent rainbows,’ I thought. But that is not my story and that makes me feel deeply regretful – like I failed my children by not giving them a nuclear family,” she admitted.

Although Meghan is sad her kids won’t grow up in a traditional household, she told her online audience she wasn’t going to dwell on the mistakes that have been made because they’re out of her control. Then, she opened up about her estrangement from her step-kids.

“I miss my step-kids who made me a mother before I had children of my own and I am sending them so much love,” she continued. “I miss my freedom. And I mourn the loss of what could’ve been. But despite this I look at my beautiful tribe with pride because I am a mother to three incredible kids and I’m the only one they’ve got.”

Meghan appeared on season 10 through season 12 of The Real Housewives of Orange County.