Ex RHOP Star Katie Rost Shares Update on Custody Situation, Was She Able to See Her Children on Mother’s Day?

by Lindsay Cronin May 12, 2020 10 comments
ShareTweetWhatsappPinterestRedditTumblrMailFlipboard 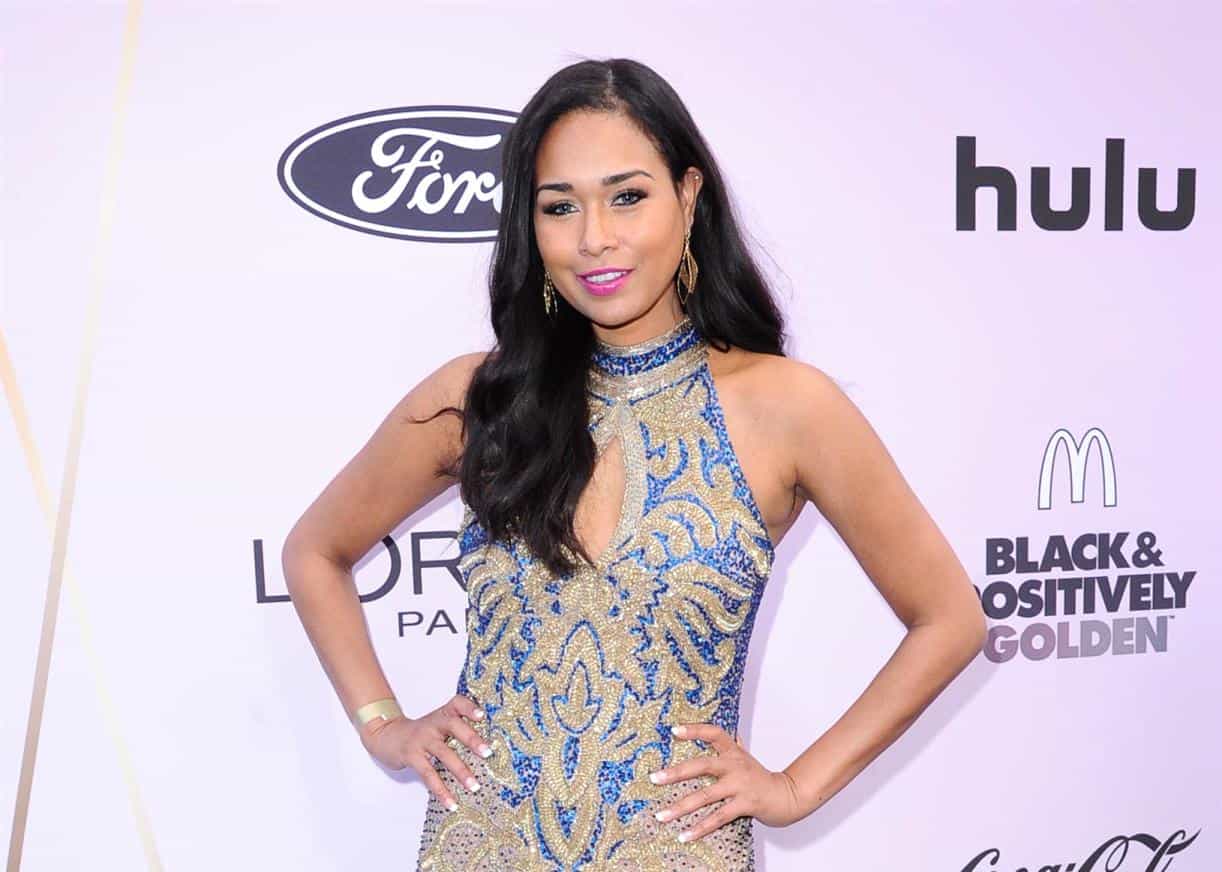 Katie Rost offered a custody update to a curious fan on Instagram.

Ahead of the Mother’s Day holiday, the former Real Housewives of Potomac cast member was questioned by a fan about whether or not she would be able to see the three children she shares with ex-husband Dr. James Orsini, including her twin daughters, Renee and Kathryn, and her son, James Rocco.

“No disrespect in any way, just curious and thinking of you on Mother’s Day, are you able to see your kids at all?”

“Yes, thanks for thinking of me. I will see them,” Katie replied on May 5. 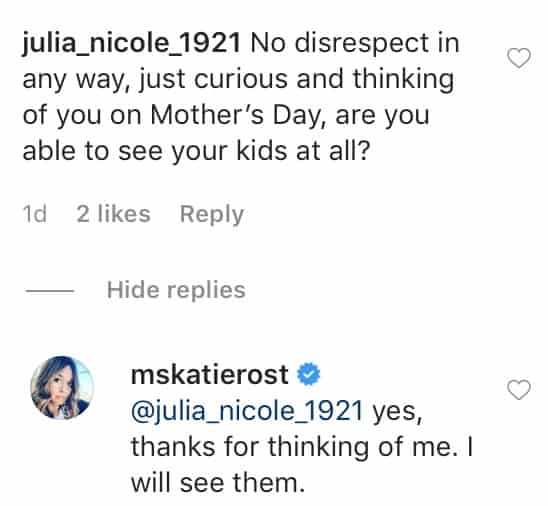 As fans of RHOP may recall, Katie went public with her custody drama in summer 2018, claiming at the time that she had not seen her three kids for nearly two months.

“I haven’t been allowed to see my children in a month and a half and have had the police called on me the last two times I tried to have parenting time. Including called on my mother, me and my grandmother on mothers day,” she wrote on Instagram. “Please join me in a prayer that they will be returned to me by the courts in the next few days. #family #pray#fightformychildren with me.”

Two years later, during an interview with Page Six, Katie opened up about her ongoing custody battle with James.

“There’s been no shift in [James’] attitude. He’s not willing to work with me,” Katie said last summer. “There’s a lot of court process still, which is extremely draining and frustratingly slow. It takes a while, but I think in the end, everything will be resolved by some more intelligent judges than the ones I had before.”

While Katie returned to RHOP last year in a part-time role during the show’s fourth season, she was not seen at the reunion and is not expected to be featured on the series’ upcoming fifth season, which was set to premiere on Sunday, May 3 but has since been postponed to a yet-to-be-confirmed date this summer.