Home Southern Charm Naomie Olindo and Chelsea Meissner Have Quit Southern Charm According to Thomas Ravenel, See His Now-Deleted Tweet Plus Did Naomie Confirm the News?

Naomie Olindo and Chelsea Meissner Have Quit Southern Charm According to Thomas Ravenel, See His Now-Deleted Tweet Plus Did Naomie Confirm the News?

by Cynthia Cook May 14, 2020 38 comments
ShareTweetWhatsappPinterestRedditTumblrMailFlipboard 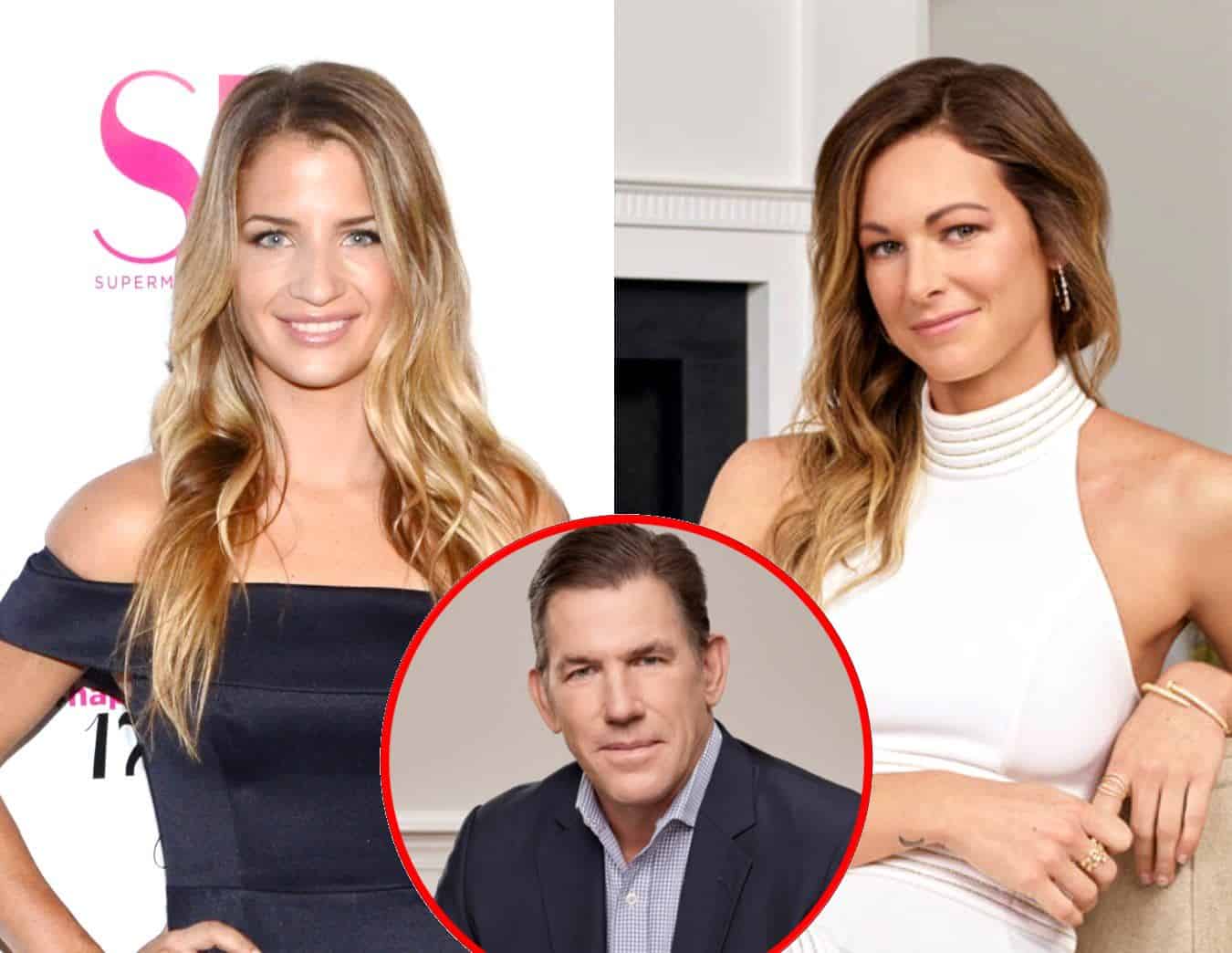 A lot of drama is going down in the Southern Charm universe lately, with news of Cameran Eubanks‘ departure recently reported and Kathryn Dennis caught in some hot water for an insensitive message exchange with a Charleston activist.

Although he’s no longer on the show, Thomas Ravenel has been sharing his thoughts on all the drama as well. He took to Twitter to contribute his commentary — and then deleted it.

First, he defended his ex, Kathryn, against what fans called a “racist” and “white supremacist” message exchange with Charleston activist Mika Gadsden. Then, he subsequently deleted his tweet.

Now, the former politician is seemingly reacting to the news of Cameran’s show exit, tweeting that Chelsea and Naomie have also allegedly left and that he knows the reasons why.

“So Cameran Wimberly, Chelsea Meisner [sic], Naomie Olindo as did I refused to return for another season of Southern Charm,” he wrote on May 13. “I obviously know why. Is anyone curious?” 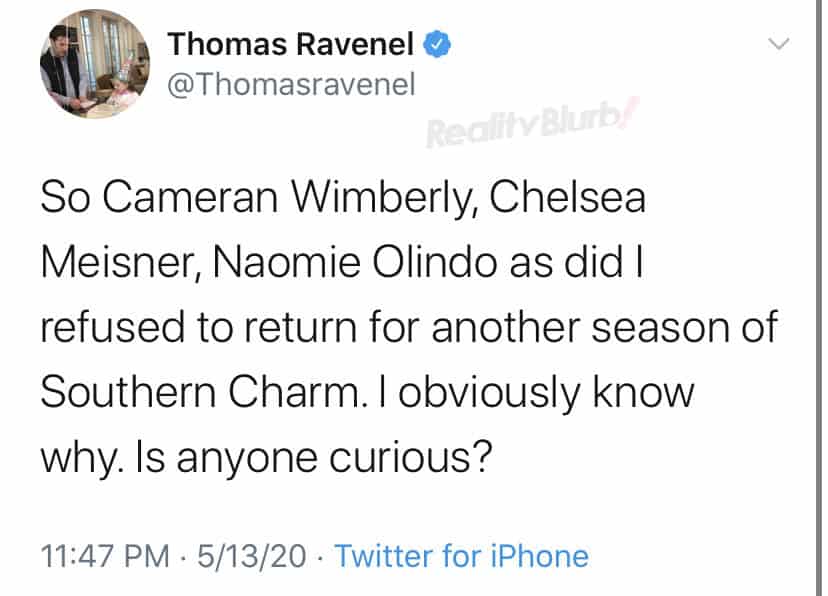 Numerous fans replied to the tweet in the comments, begging for him to explain his tweet and dish on why apparently Chelsea and Naomie have left the show.

Thomas never gave an explanation and has since deleted the tweet.

Naomie herself also appeared to confirm the rumor going around for weeks that she had indeed walked away from Southern Charm. After Cameran shared an Instagram post on May 13, explaining the reason for her departure, Naomie commented under the post writing: “I’m so damn proud of you and us @chelseameissner58.”

It was reported last December that filming for season seven was delayed due to a need for “fresh faces.” Then, one month later, the production was allegedly struggling to find new people to join the cast.

There’s still no word on a premiere date for the seventh season of Southern Charm.