by Lindsay Cronin May 15, 2020 70 comments
ShareTweetWhatsappPinterestRedditTumblrMailFlipboard 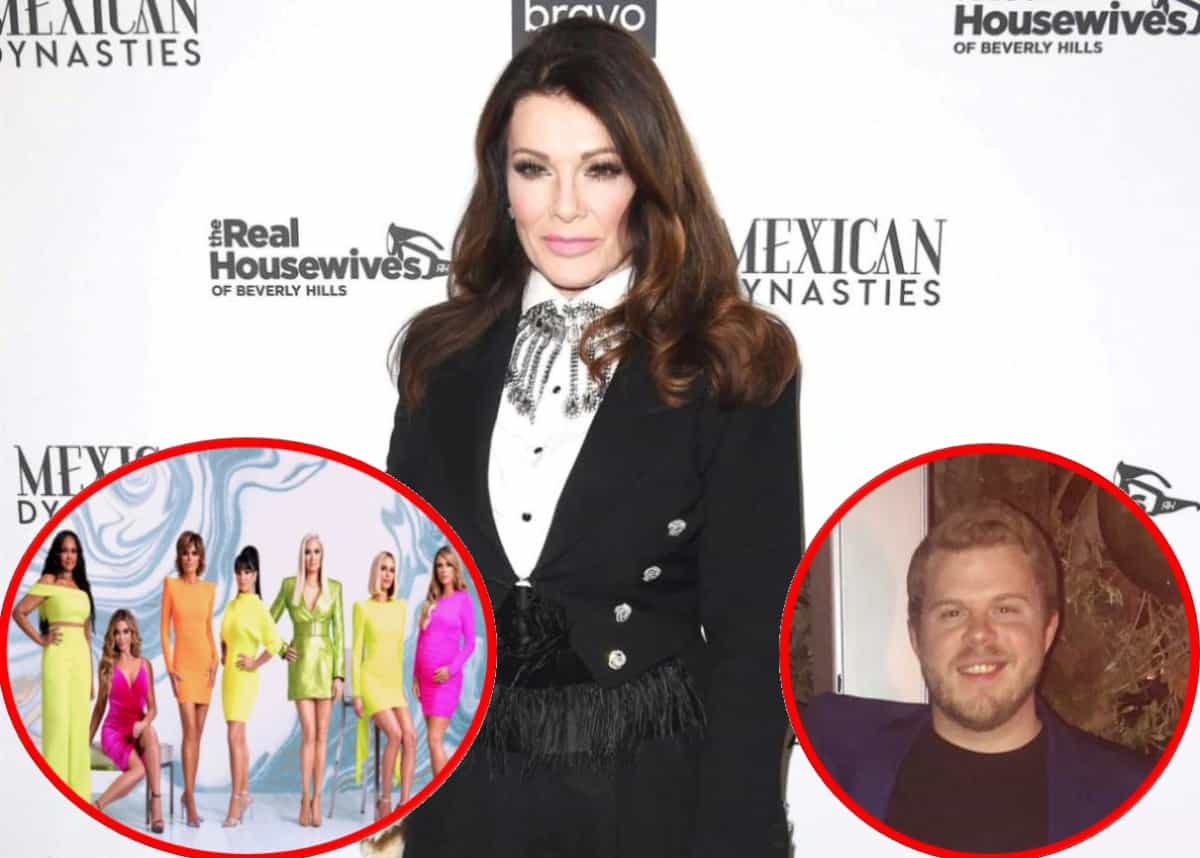 Lisa Vanderpump may have quit her role on The Real Housewives of Beverly Hills nearly one year ago, but that doesn’t necessarily mean the ladies are off her radar, as she’s suggested.

Before revealing whether or not her son, Max Vanderpump-Todd, still works alongside her at SUR Restaurant, the launch pad of Vanderpump Rules, Lisa took a dig at her former castmates while discussing a recent appearance she made on another “housewife” show.

“I think I am on American Housewife in a minute … this might be a more pleasant experience …loooved the cast lol,” Lisa tweeted, seemingly suggesting she did not love her co-stars during her nine-year run on RHOBH.

As RHOBH fans well know, Lisa exited the show in June of last year after being accused of leaking a negative story that suggested Dorit Kemsley abandoned the chihuahua she adopted from Vanderpump Dogs to Radar Online, which she denied. Since then, Lisa has been focusing on her Pump Rules role and her many restaurants, including her newest establishment, the Vanderpump Cocktail Garden at Caesar’s Palace in Las Vegas.

In a second tweet shared days after her RHOBH shade, Lisa reacted to a woman who wanted to know the whereabouts of Max.

“Where is Max? This is the first I have heard his name in a long time is he still at [SUR Restaurant]?” the woman asked after seeing a photo of Lisa and her adopted son.

“No during corona he wanted to go to Idaho and he is working with autistic children, he likes to keep a lower profile lol,” Lisa explained. 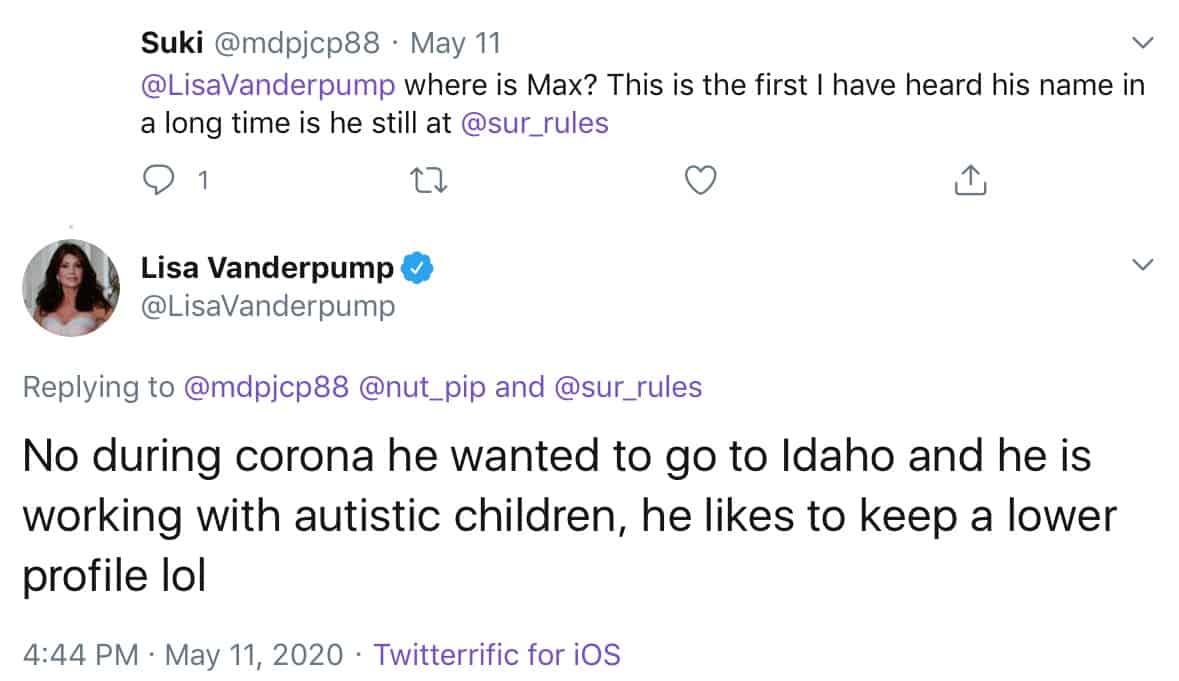 Max has been seen occasionally on Pump Rules and was briefly linked to co-star Billie Lee last year after Billie claimed they slept together during the season seven reunion.