Home Real Housewives of Beverly Hills News Kyle Richards Explains Why She and Dorit Kemsley are Not “Talking” as She Calls Her Out for “Low Blow” Comments, Thinks Denise Drama Stems From “Off Camera” Conversations

Kyle Richards Explains Why She and Dorit Kemsley are Not “Talking” as She Calls Her Out for “Low Blow” Comments, Thinks Denise Drama Stems From “Off Camera” Conversations

by Cynthia Cook May 17, 2020 161 comments
ShareTweetWhatsappPinterestRedditTumblrMailFlipboard 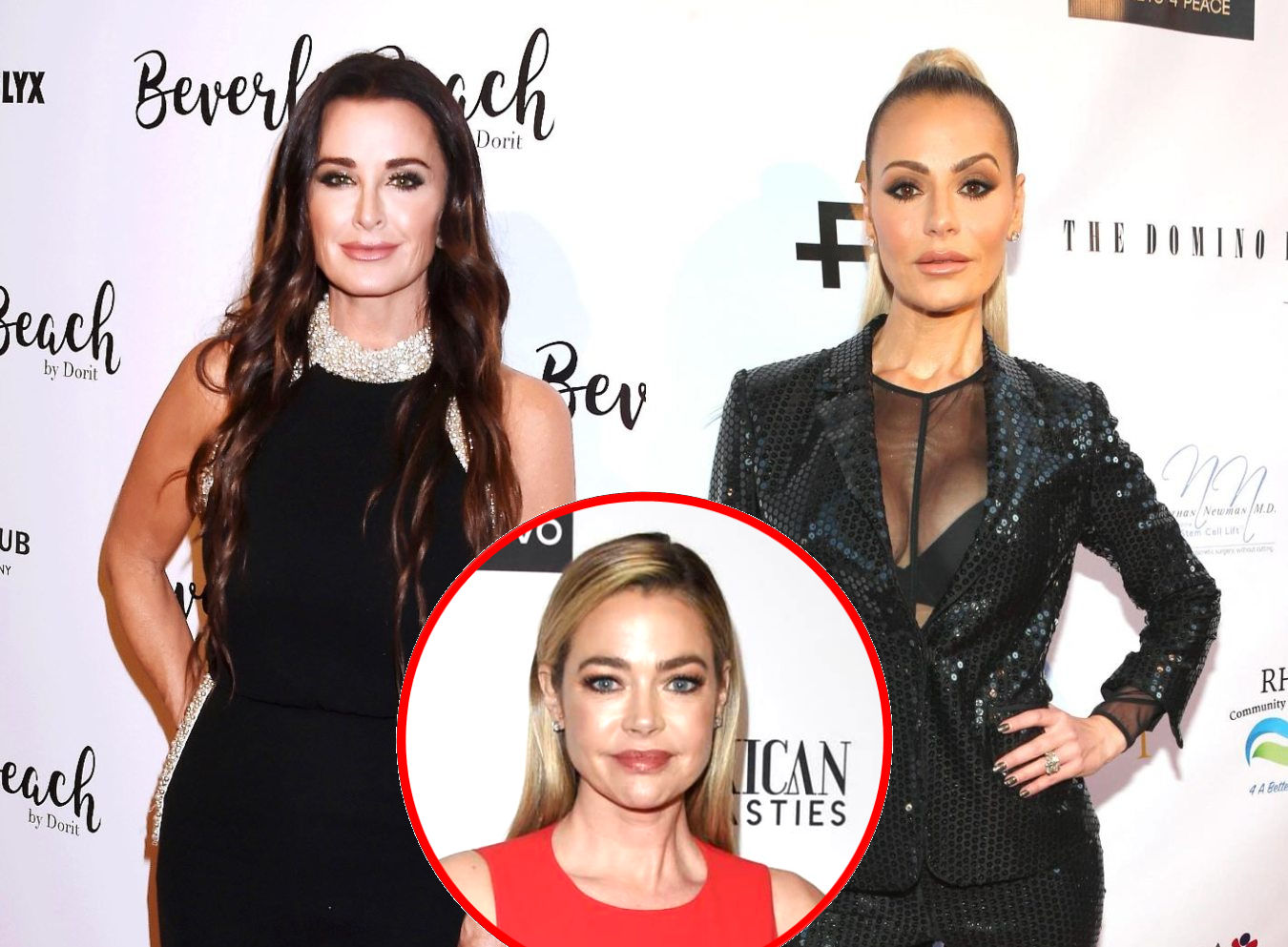 Kyle Richards and Dorit Kemsley are apparently not speaking as their Real Housewives of Beverly Hills drama plays out on screen.

The two reality stars are having their fair share of drama this season, exploding at each other in last week’s episode over Dorit’s lateness to Teddi Mellencamp‘s wellness retreat allegedly due to “glam.” The conflict continued on the latest episode as Kyle stated how offended she was when Dorit noted her reasoning as “having a life.”

The two have also been sharing their thoughts on social media while watching the show each week, often sparring with each other on Twitter. In a new interview, Kyle shared how the heat between them hasn’t shown signs of cooling down, as their off-screen lives have been negatively affected.

“It’s not like, ‘Oh, is it spilling into your real life?’ No, this is our real life!” Kyle told Us Weekly. “You know, someone asked me that the other day. … Yes, it affects it. It can’t not.”

Kyle shared how, while watching the show, she became upset at Dorit’s comments about her new clothing line with Shahida Clayton, Kyle + Shahida, and felt disconcerted with their heated Twitter exchange over the matter.

“I was really upset with her for the comments she made in the first episode about my business that weren’t true,” Kyle shared. “I never say anything about anyone’s family or anyone’s business because that’s our livelihood. Our families are the most important things to us, so I stick with what the arguments are between the women. I just thought that was a low blow. So then when something like that happens, then when I go on Twitter, I’m not going to be as nice as I normally would. I’m not.”

The Halloween actress shared how she and Dorit are not “directly” speaking at the moment, sort of avoiding each other and the situation as this season’s drama takes place.

“We’re in a group chat, but … we’ve kind of not been talking directly because I know she’s mad. I know that I’m mad,” she shared.

Even with all this tension, Kyle noted how she believes the two will eventually “get over it” and that she actually “really care[s]” about Dorit.

“We probably both need a little time to get over some of the comments and the interview bytes and Twitter and all that stuff or Watch What Happens Live,” she said.

The mother of four also shared her frustration with the drama she’s been facing with Denise Richards this season, considering how the two seemingly never had an issue in the past.

“I had never argued with Denise until this whole thing happened,” Kyle told Us Weekly. “Honestly, I think there were some conversations happening off-camera with perhaps some former Housewives, is what I’m thinking.”

Kyle was called out for her “ragamuffin” comment about Denise in last week’s episode, with Denise clapping back with glamorous photos of herself on magazine covers. Kyle has since apologized and noted how she thinks Denise is “beautiful,” but their tension still simmers, and fans are seeing it play out on the show.

“Up until this season [Denise] has always been like, “I’m not into glam. That’s not my thing, blah, blah, blah, blah, blah,’” Kyle stated. “Then we arrived at her party and she was late because she’s having hair and makeup done for her pizza and ice cream party. And then the diamond ice sculpture and the diamond ice cubes, I was like, ‘What’s happening here? This is not the Denise that I’ve gotten to know.”