Home Vanderpump Rules Faith Stowers Wonders Why Jax Taylor Hasn’t Been Fired and Says He Made “Racial” Comments to Other Reality Stars, Applauds Lala Kent for Reaching Out and Reacts to Lisa Vanderpump’s Statement

Faith Stowers Wonders Why Jax Taylor Hasn’t Been Fired and Says He Made “Racial” Comments to Other Reality Stars, Applauds Lala Kent for Reaching Out and Reacts to Lisa Vanderpump’s Statement 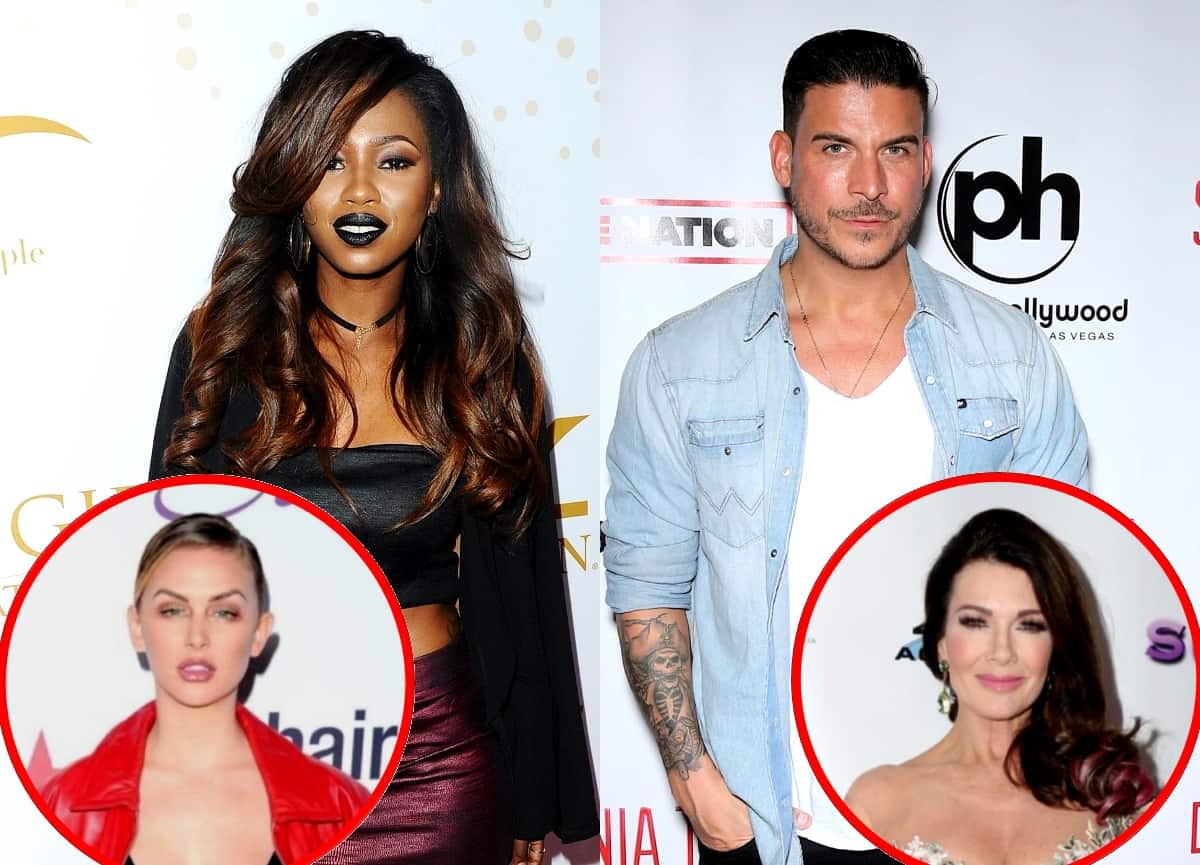 Faith Stowers is confused by Bravo’s decision to allow Jax Taylor to continue to appear on Vanderpump Rules.

Following the firings of Stassi Schroeder and Kristen Doute, Faith is calling out Jax for making “racial” statements to other reality stars while also revealing she’s back in touch with Lala Kent and reacting to Lisa Vanderpump‘s statement about the exits of Stassi and Kristen.

According to Faith, “its not fair to have [Stassi and Kristen]” lose everything while “other people” have made “some pretty crazy mistakes and said some… terrible things” as well.

While Faith didn’t share specifics, she claimed Jax, in particular, said a number of offensive things to cast members of other shows.

“I got DMs from other shows, from other females on other shows saying that [Jax] had said some crazy things to them that were racial,” she told Us Weekly on an episode of the Watch With Us podcast. “So I think he gets a pat on the back a lot. But I think that if you’re going to do it for two people, they should do it for some other people as well.”

In a separate interview with TMZ, Faith confirmed that Bravo never contacted her in regard to Stassi and Kristen’s efforts to have her arrested for drugging men and stealing credits cards, which she never actually did, in an effort to get revenge on her after her affair with Jax.

“I would have liked that because it would have shown like… they cared. But ultimately, they showed they cared. They let them go,” Faith said of Bravo’s decision to cut ties with Stassi and Kristen on Tuesday. “That’s a really big deal. Those are two people on that cast that were very, very popular. So for me, that says a lot about them. They were benefiting from these two women and they were willing to let them go because of what was done. [They were] standing up for social injustice.”

As for her current relationship with Lala, Faith confirmed the two of them are starting over with a “clean slate” after Lala offered her an apology.

“[Lala] said she was sorry that I had to go through all of this and I was really happy to hear from her because me and her were really, really close friends. I think that Lala, as a friend to me, was always a good friend to me. Things did have a turn that was unfortunate and really f**ked up and sad but she showed her true colors when she reached out to me.”

“She didn’t have to [reach out]. She was still on the show,” Faith added.

Speaking of Lisa’s statement, Faith said she was glad to see Lisa speak out and was happy to hear her say that “every action should have a consequence.”

“[That] lets me know that she agrees with the process they chose and believes that I was done wrong,” Faith explained.

While Lisa failed to mention Faith in her statement, Faith would have liked some acknowledgment.

“That would have been great to have it personally for me since I was really, really emotionally attacked by this. That didn’t happen but the fact that she spoke up means a lot,” Faith continued.