Dorinda Medley Blasts Tinsley Mortimer as a “Liar Liar,” Says She Lied About Scott For “Whole Season” After RHONY Engagement Episode, Slams Ramona as an “Opportunist” 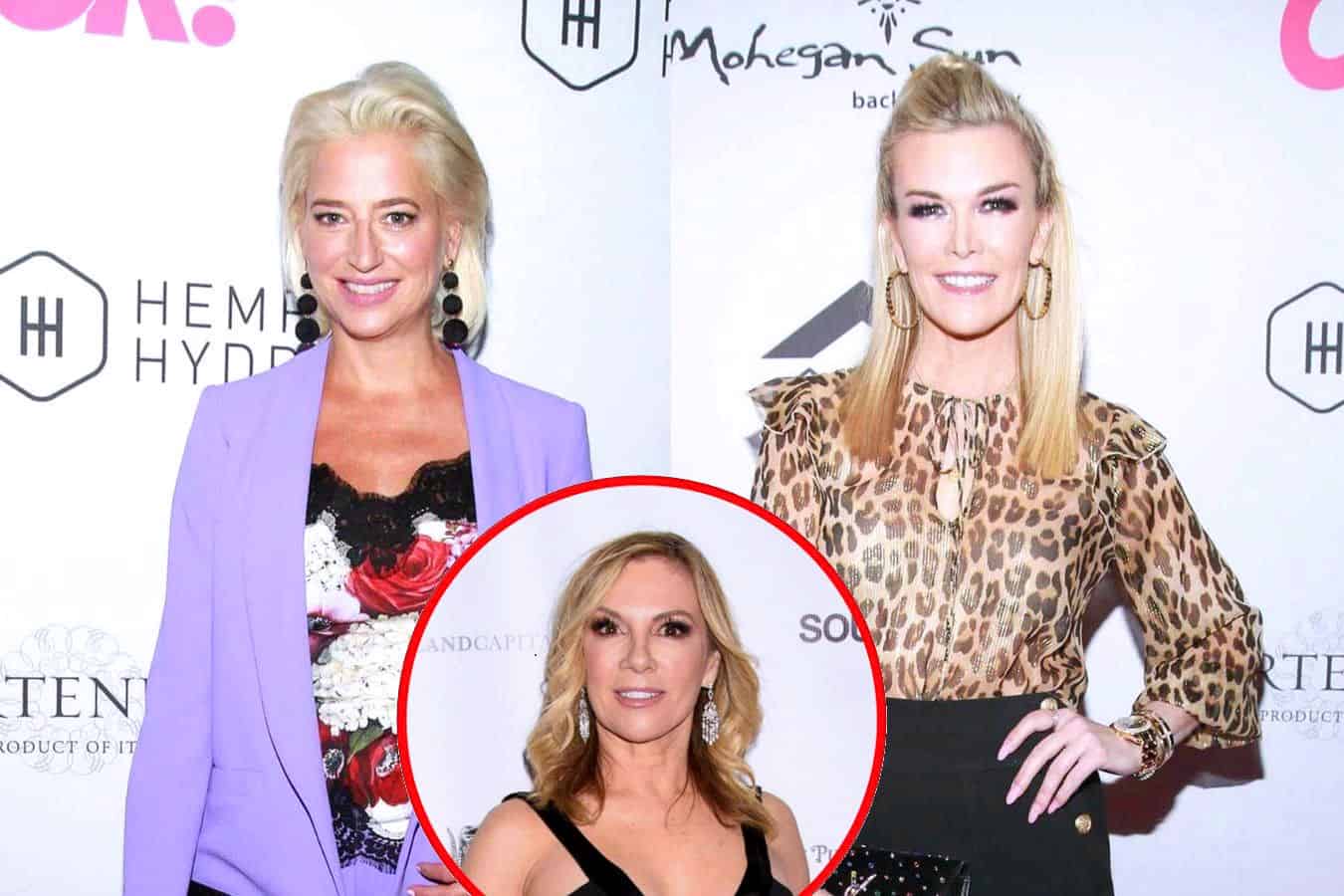 Dorinda Medley lashed out at Tinsley Mortimer on her Twitter and Instagram pages last night after butting heads with her on The Real Housewives of New York City‘s latest episode over her alleged lies about her relationship with Scott Kluth.

Before taking aim at Ramona Singer by slamming her as an “opportunist” and fake friend, Dorinda called out Tinsley for lying about Scott for the entirety of season 12 while also defending herself against a fan who suggested she was “mean.”

“Wait last week ‘I’m not seeing Scott’ confused [Tinsley Mortimer] so did you just lie the whole season?” Dorinda asked in one tweet shared by the Real Housewives Franchise on Instagram.

“Wait ‘I’m not seeing Scott’ now married,” she wrote in a second tweet. 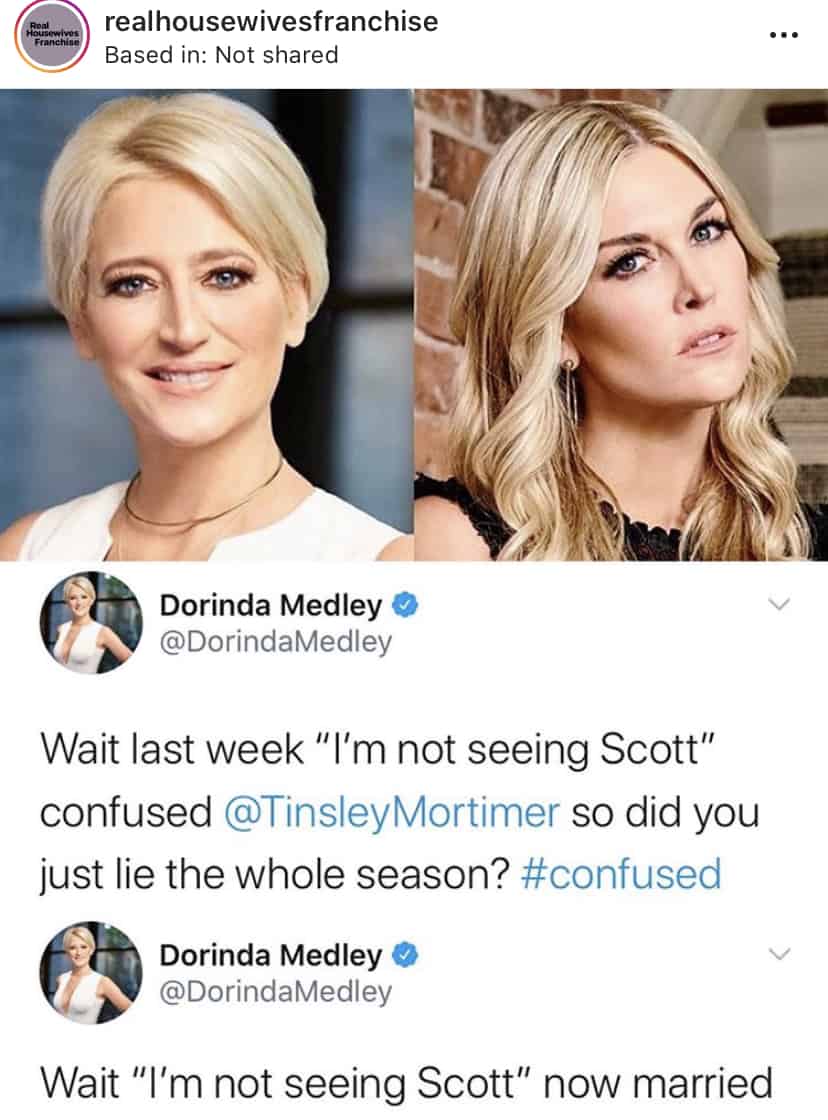 During last night’s episode, Tinsley’s engagement to Scott was confirmed, which immediately threw Dorinda for a loop. After all, in the weeks leading up to the announcement, Tinsley had been saying the two of them were not together.

In a screenshot from Thursday’s show, Dorinda recalled Tinsley’s past claims regarding the alleged end of her romance with Scott before telling her fans and followers that she “lied the whole time.” 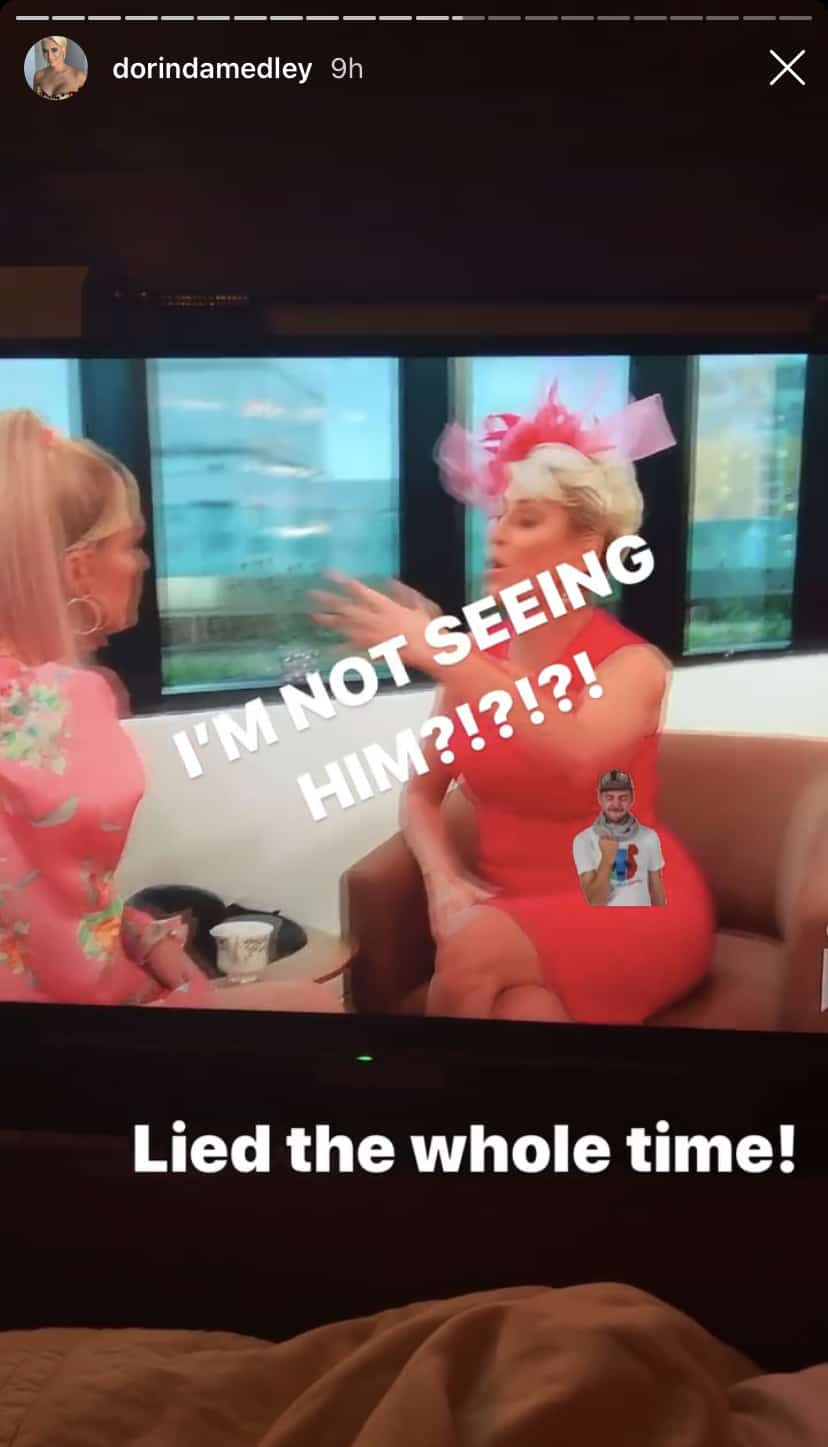 While a number of RHONY viewers have been taken aback by Dorinda’s apparent obsession with the status of Tinsley’s relationship and slammed her for bullying her co-star, Dorinda insisted to one fan that she’s not mean. Instead, she’s “truthful.”

In a series of additional tweets about Tinsley, Dorinda continued to call her out for her alleged dishonesty.

“Liar liar [Tinsley Mortimer],” she tweeted to one fan who mentioned the way in which Tinsley was reacting to her many questions about her relationship.

She then responded to a fan who said Tinsley lied about Scott for three seasons.

“Wish one of you would say why she’s been lying the whole time,” the fan wrote. 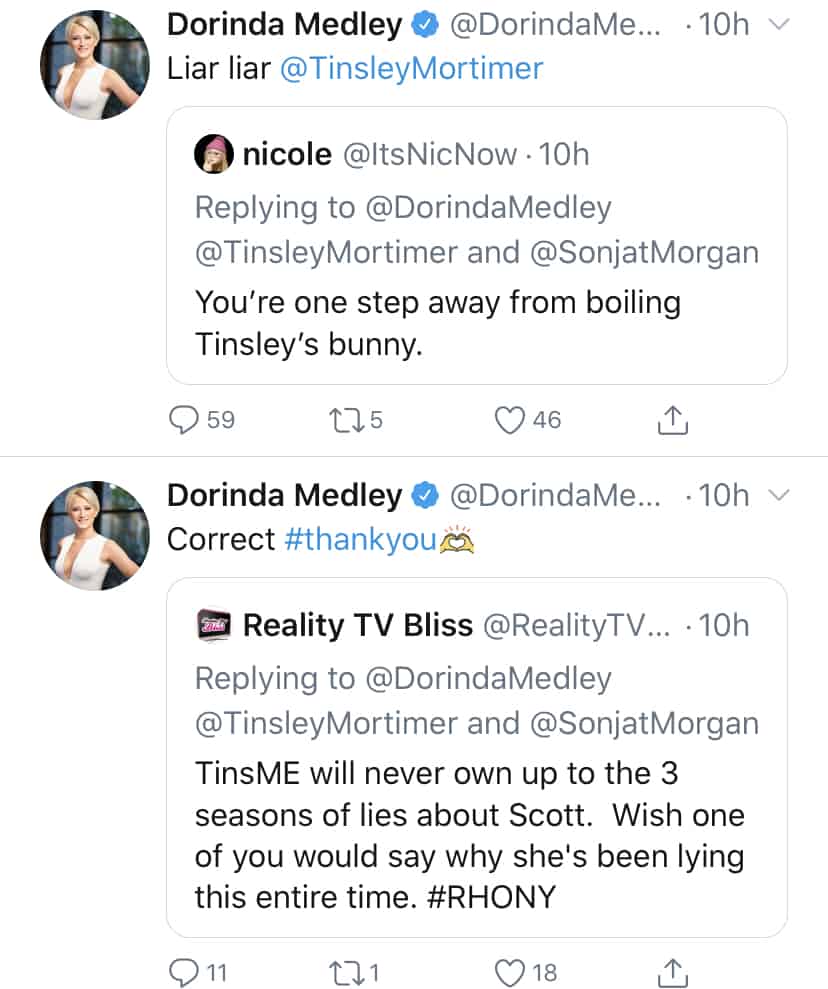 Also on Twitter, Dorinda took aim at Ramona, who was planning an over the top birthday party during the episode and insisted on Dorinda and Sonja Morgan, who she left out of last year’s festivities, tagging along.

“Let’s watch [Ramona Singer] [pivot] she is not a girls girl she’s an opportunist,” Dorinda alleged.

“Thank you for your support you truly showed who you are [Ramona Singer],” she continued.

Dorinda then seemingly shaded Ramona as a fake friend as she bragged about the 60 close friends who would be joining her at her party.

“[Pivot] ‘my friend’ [Ramona Singer] You did exactly who you are,” Dorinda shared. 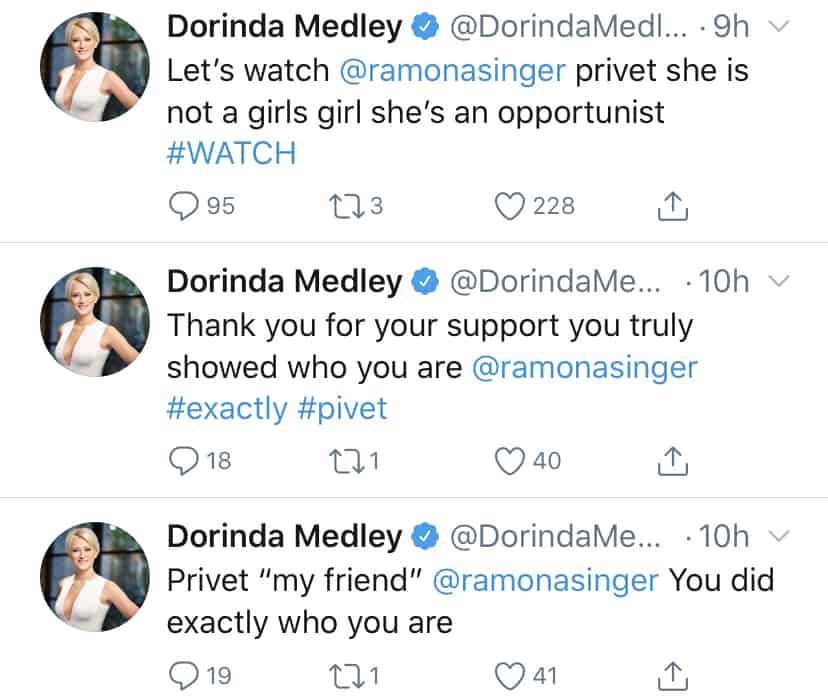