Are Jax Taylor and Brittany Cartwright Getting Fired From Vanderpump Rules? Lisa Vanderpump Reportedly “Worried” More Stars Will Get the Boot, Plus Brittany’s Mom Leaves ICU 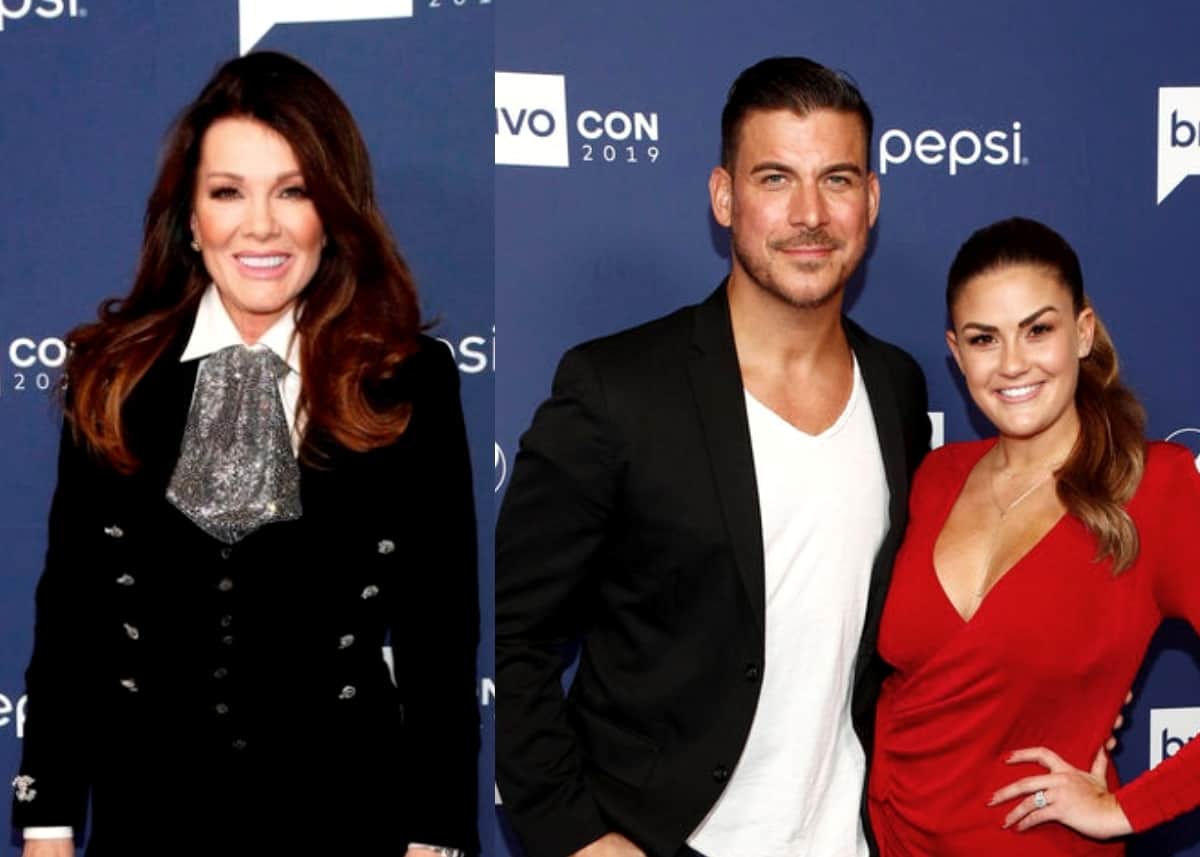 Are Jax Taylor and Brittany Cartwright getting the ax?

The Vanderpump Rules stars are reportedly “on the chopping block” as the recent firings of Pump Rules OGs Stassi Schroeder and Kristen Doute over accusations of past racist behavior shook up the Bravoverse, causing fans to call for more stars to be discharged from the network.

“[Jax] has been a loose wire since the show’s inception, but even Lisa [Vanderpump] is worried,” an insider claimed to In Touch. “Bravo, like other networks, was known for encouraging bad behavior from their stars and now they have to look at everything with new eyes. It’s a wake-up call [for everyone].”

Jax is known for his pot-stirring ways and controversial comments, but he’s faced even more recent backlash as 90 Day Fiancé cast member Ashley Martson called him out for the racially insensitive comment he made about her husband Jay Smith’s nose. Ashley also posted a direct message she says she received from Jax in which he appears to insult her body.

“Did y’all see bravo fired four cast members? Well @bravotv don’t leave out old Jax Taylor who harassed us when our show first aired. If you don’t understand why I find this racist please watch my story. Education is key,” Ashley wrote in the comment of her screenshot of Jax’s hateful comment.

Brittany has also taken some heat amid the drama, with former Pump Rules star Faith Stowers claiming Brittany called her “nappy-headed” during an argument after Brittany learned Faith slept with Jax.

Brittany denies the allegations, however, she and Jax have both already faced consequences, as their DIFF Eyewear partnership was suspended and a Change.org petition calling for Jax to get fired has reached almost 5,000 signatures.

“Bravo TV has taken the first steps in the right direction on holding the Vanderpump Rules cast accountable. However, they are continuing to employ and enable fellow cast members that are just as guilty as Stassi and Kristen- specifically, Jax Taylor,” a description of the petition read.

The petition alleged that Jax has a “long, public history of racism, misogyny, homophobia, and transphobia” and should face the consequences of his actions.

Brittany does have some good news this weekend as her family’s pastor in Kentucky confirmed her mother, Sherri Cartwright, who had been in the ICU following complications from gallbladder surgery has now been released from the Intensive Care Unit.

“Sheri is out of ICU and in a room and improving daily,” wrote Pastor Ryan Dotson, on June 18, after one of his Instagram followers asked for an update on Sherri’s health. Last week, the pastor had asked his Facebook followers to pray for Sherri amid her hospitalization. Days later, Brittany also requested prayers for her mother.