Is Cary Deuber Returning to RHOD for Season 5? See How She’s Reacting to the Rumors After Being Spotted Celebrating Kary’s Birthday With Kameron and the Cast 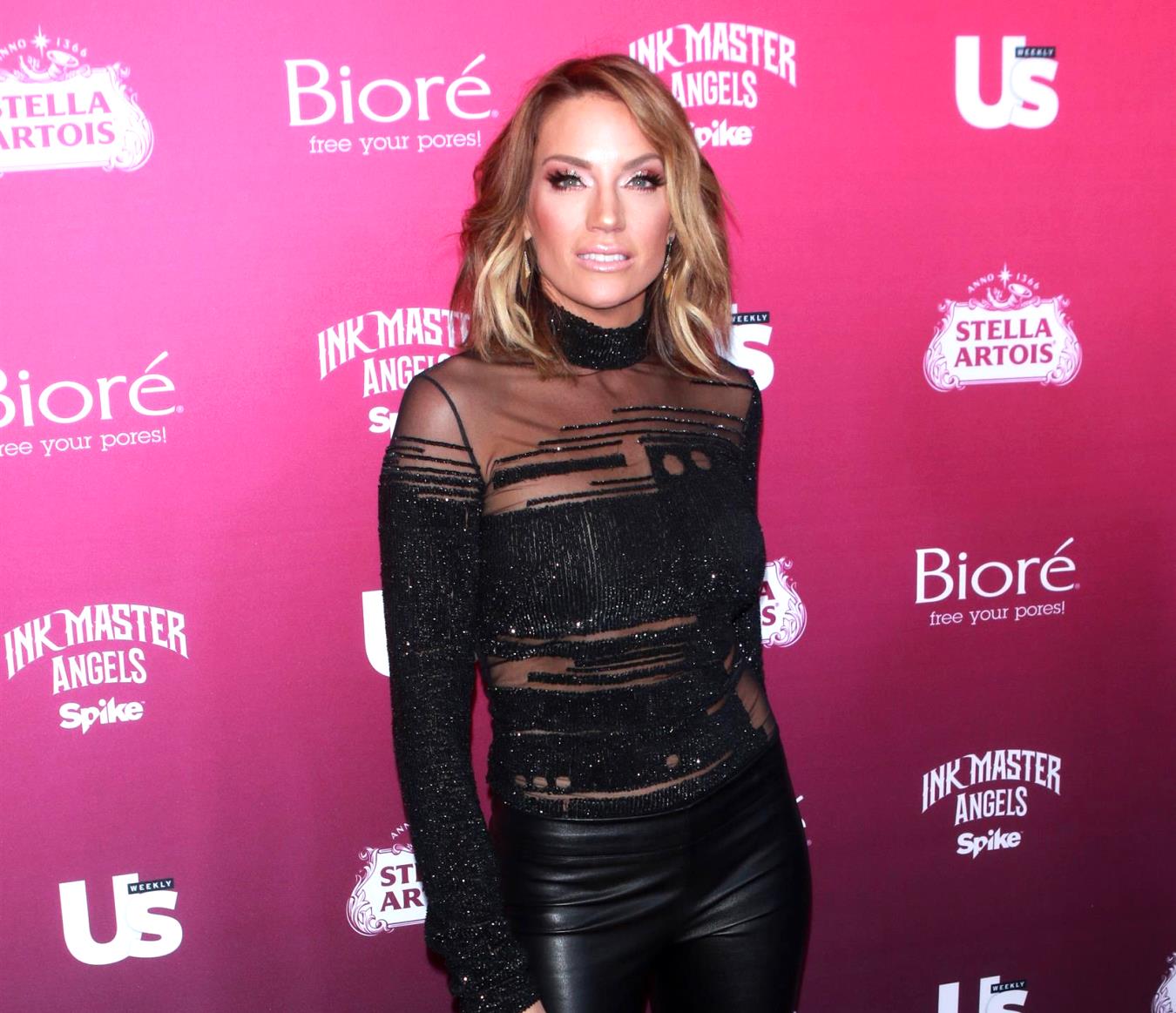 Cary Deuber celebrated Kary Brittingham‘s birthday at the end of last week with members of the Real Housewives of Dallas cast. Right away, fans began questioning her about her potential return to the Bravo reality series.

After Cary and Kameron Westcott shared photos of their night out with Kary and friends on their Instagram pages, they addressed the rumors with their online audience and fans began to react with excitement to Cary’s outing with the group.

“This… is definitely going to be a situation. Ladies night with my loves [Kary Brittingham] & [Kameron Westcott]. Let the good times roll,” Cary wrote in the caption of a couple of June 19 photos, which featured her, Kary, and Kameron sitting in front of a beautiful garden at Beverly’s Bar and Bistro.

“Hope to be seeing you around more with season [five] starting up,” said another page, prompting Cary to reply with a couple of grinning squinting face emoji. 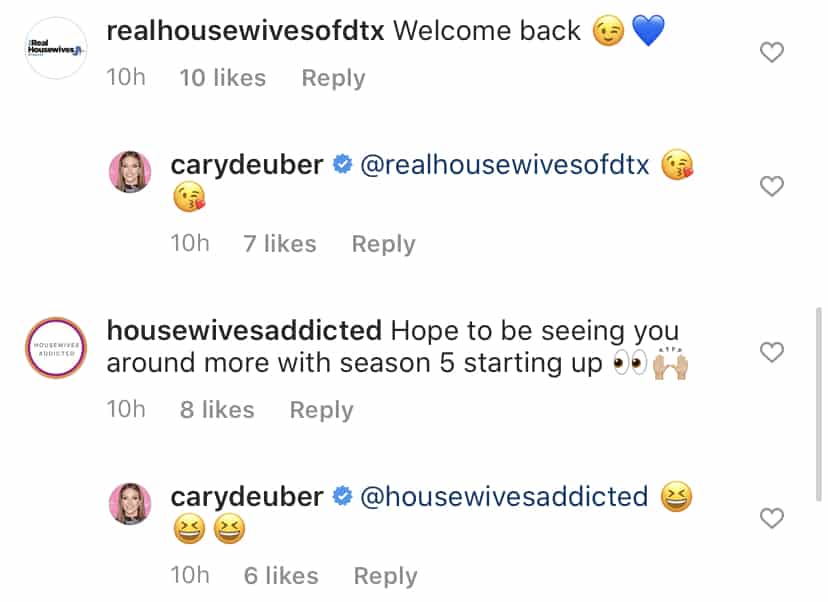 Cary also reacted to a fan who expressed excitement over her potential role on RHOD season five.

“Reeeeeally hope this means you’re back on RHOD!!!” the fan said as Cary responded with three red heart emoji.

As Cary teased fans of her possible comeback on her Instagram page, Kameron reacted to a question from a fan on her own page.

“Is Cary D back on as a cast member?” the person asked.

Then, after Kameron replied with two pairs of eyes emoji, they took her post as a confirmation and wrote, “Hooray!!” 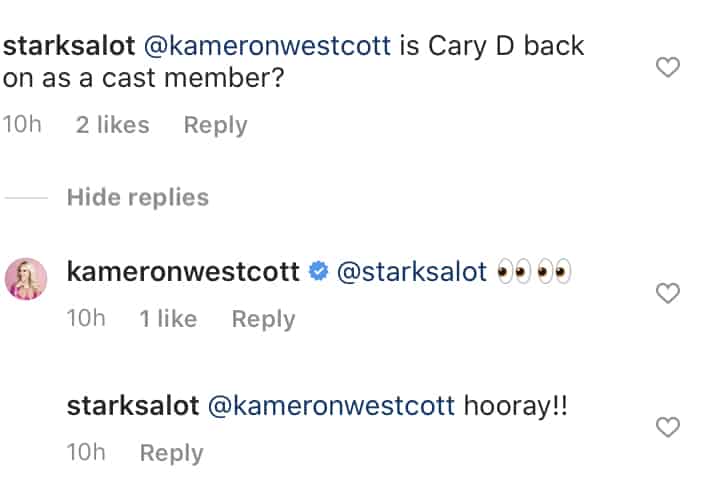 “We’ve got spectacular casting and I’m very, I’m looking forward with great optimism and we’ve got a great group of housewives in Dallas and I think that Dallas will rise again,” he told listeners.

While production on the fifth season of RHOD was delayed by the coronavirus pandemic, filming is believed to be underway currently as Kameron confirmed it would start in two weeks earlier this month.