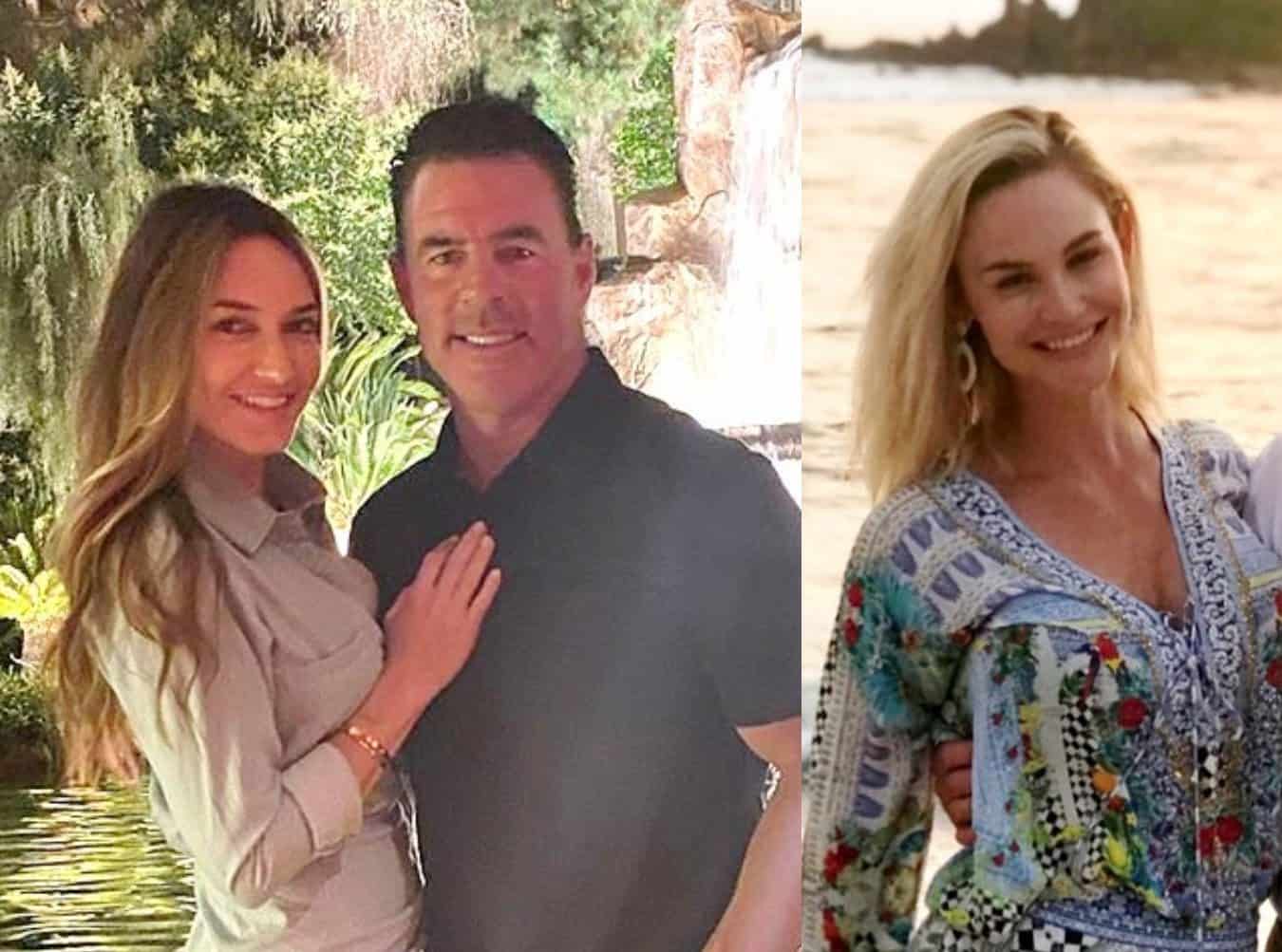 Jim Edmonds took aim at his estranged wife, Meghan King Edmonds, while applauding his girlfriend, Kortnie O’Connor, for saving his life on Instagram on Tuesday night.

As the former Real Housewives of Orange County cast member and current MLB commentator praised Kortnie for the positive change she brought to his life earlier this year, Jim slammed his past marriage to Meghan as “loveless and abusive” and revealed he went through hell due to the “lies and accusations” he faced after filing for divorce.

“If it wasn’t for this girl, I don’t think I would be here right now. She showed up in my life just at the right time. Amazing that her taking a chance on a plus one weekend to Mexico pulled me out of my hole and changed my life forever,” Jim began in his June 23 Instagram post, which included a series of photos of Kortnie and himself.

“I was in such a dark place; one that I didn’t think could happen to me. I was going through hell ending a loveless and abusive relationship,” Jim recalled, giving a nod to his five-year marriage to Meghan.

Continuing on, Jim said that after facing hurtful rumors after his marriage to Meghan ended, including allegations of an inappropriate relationship with his nanny, he struck up a relationship with Kortnie “by chance.”

“Along came this beautiful woman by chance, who lit up my world and brought me back to life. I’m very grateful for my amazing friends, children and this amazing woman for making me a better person and father,” he concluded. 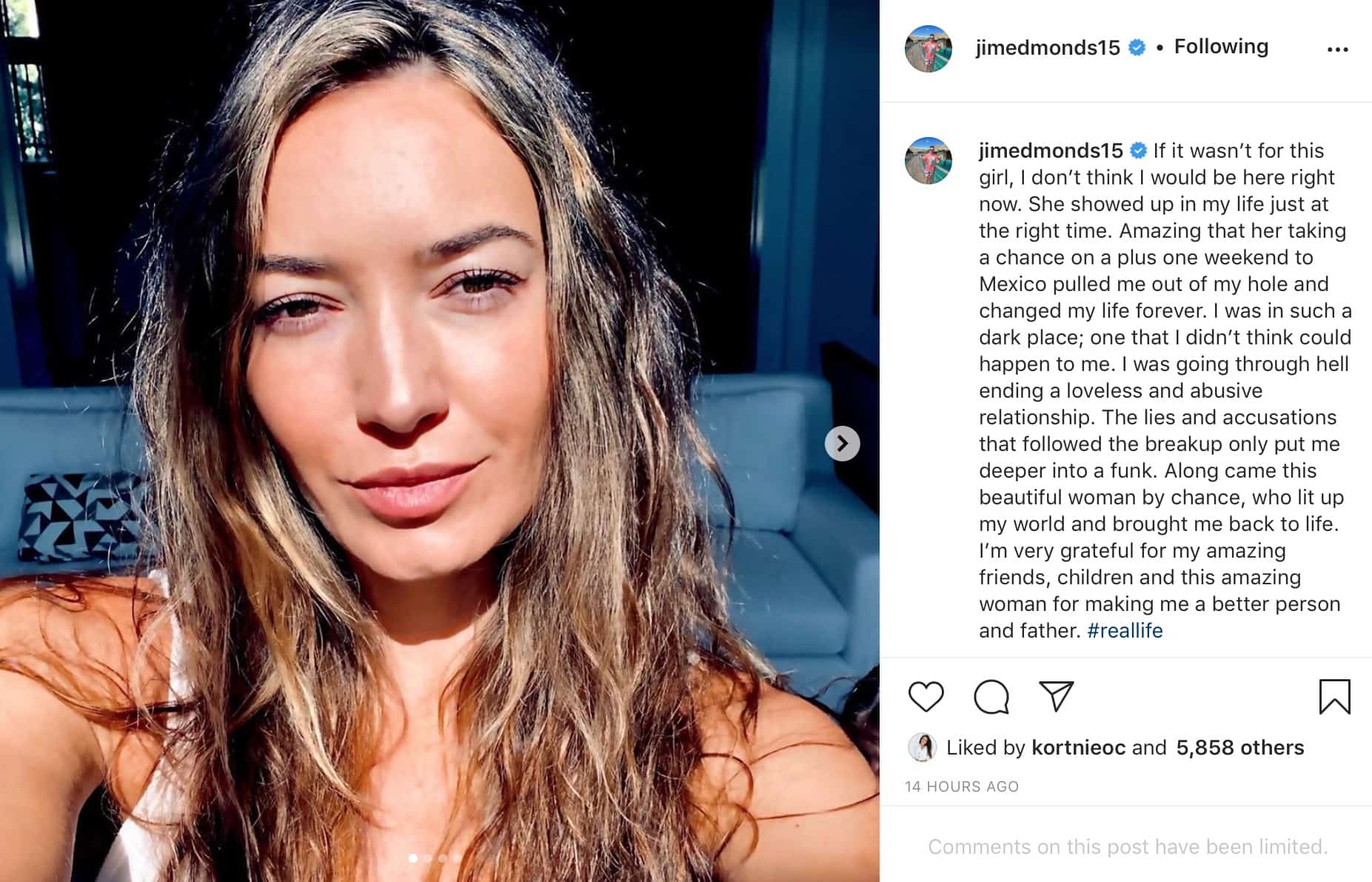 In response, Jim seemingly denied that Kortnie was the person he and Meghan had slept with.

“That’s where you have it wrong,” he claimed. 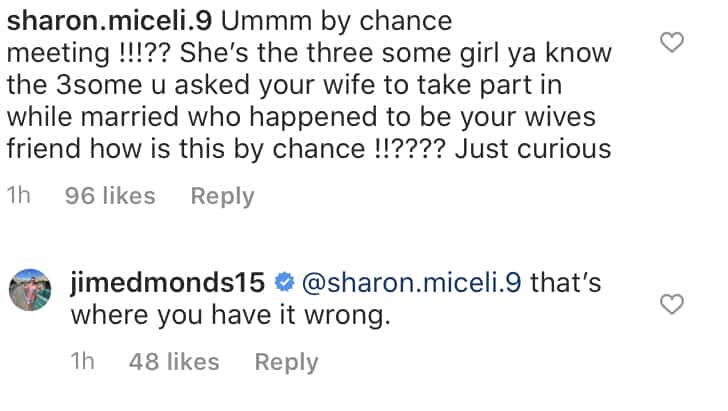 Jim then reacted to a woman who wanted to know why he stayed in his “loveless relationship” with Meghan for so long.

“Why didn’t you ended [it] sooner?” the person asked.

“I should have,” Jim replied. 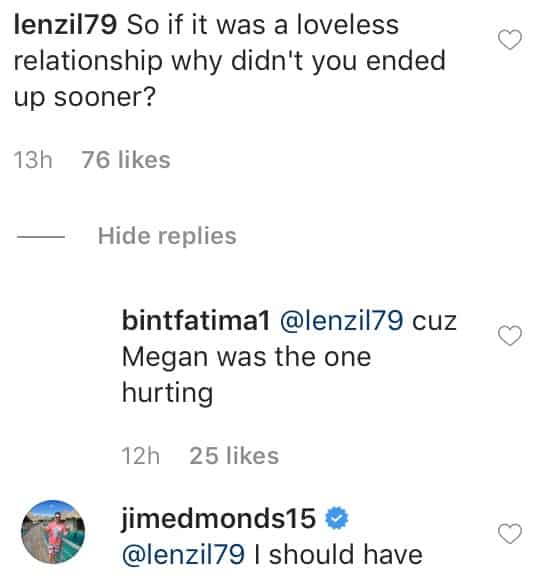 Meghan and Jim share three children, including three-year-old daughter Aspen and two-year-old twins Hayes and Hart, and they are currently in the midst of a custody battle.