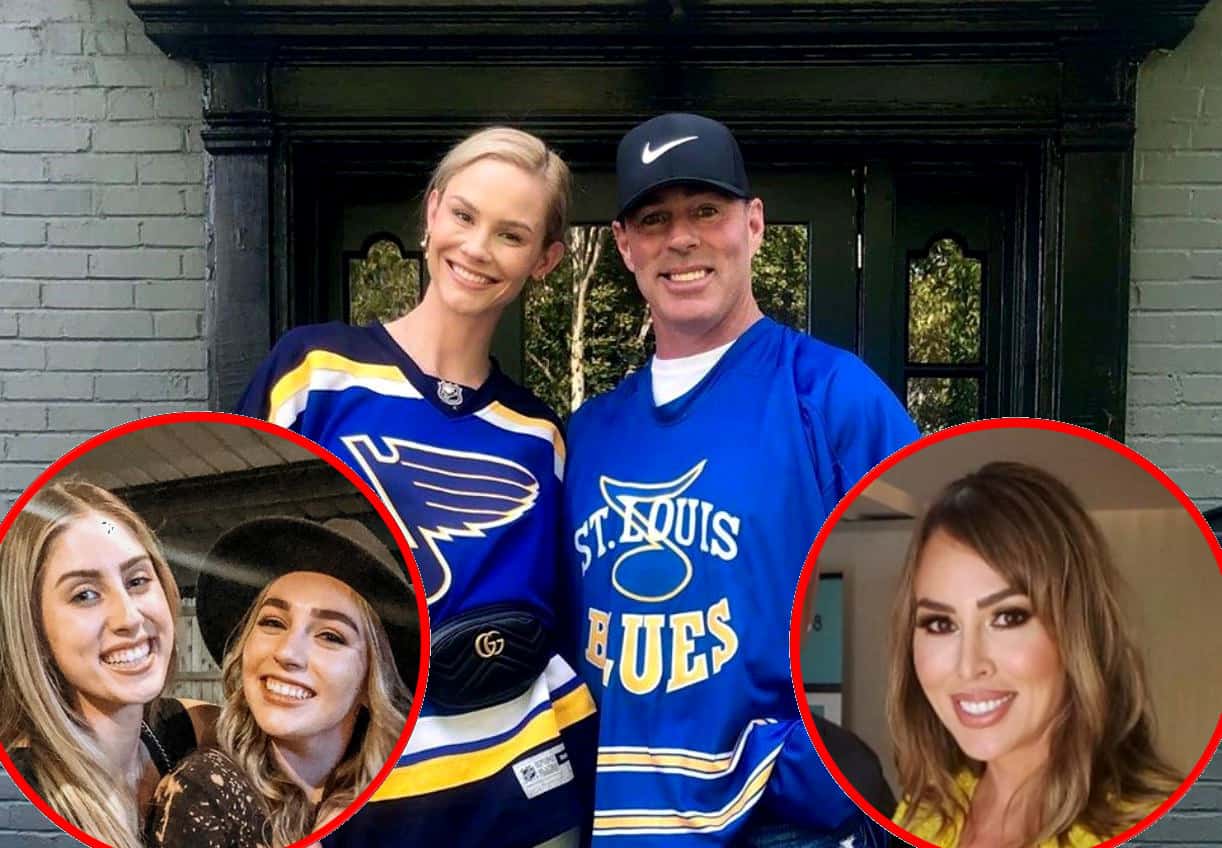 As she prepares for divorce, the former Real Housewives of Orange County star is sharing her thoughts on the dynamic between Jim and Carly, revealing how she feels about the hurtful things his daughter, Hayley Edmonds, said about her after their split, and confirming whether or not she’s told their daughter, two-year-old Aspen, about their breakup.

“I thought the point of a nanny is for them to act as if our children are her surrogate children while we are away, so [Jim’s] statement describing her as a daughter was confusing to me,” Meghan told Us Weekly on November 4. “My husband has seven children so I don’t understand why or how he’d see a hired childcare provider as an additional child.”

According to Meghan, Jim’s statement about Carly being like a daughter to him crossed a major line when it came to the professional relationship that was supposed to exist between them.

Last month, before Jim blindsided Meghan by filing for divorce, she confronted him with her suspicions about his relationship with Carly. However, while Jim, Carly, and Hayley have repeatedly accused her of claiming they were having an affair, Meghan has only accused Jim and Carly of having an inappropriate relationship in private.

“Also, is it kind to secretly hang out with your boss’ husband at a bar until 1:30 a.m. and then delete all texts between the two of you? Is that putting my children first?” she added.

As fans of RHOC will recall, Meghan’s co-star, Kelly Dodd, suggested Jim was a cheater years ago. Now, as the drama between her and Jim continues to play out, Meghan said that while Kelly was wrong at the time, her suspicions “happened eventually.”

“Now I am doubting most of his commitment during our relationship so perhaps, sadly, she was spot on,” Meghan said.

Adding insult to injury for Meghan were the comments Jim’s daughter Hayley made about her after their split.

During her own interview with Us Weekly, 22-year-old Hayley accused Meghan of making her look “stupid” on RHOC and revealed she blocked Jim’s mom on Instagram.

“This was just plain sad to me. When Hayley’s mom was alive we had a wonderful relationship and her mother gave me permission to get Hayley through high school,” Meghan insisted. “I enrolled Hayley in school in St. Louis and she lived with us, and when she wanted to move back to California, I moved back with her. She lived with me and I enrolled her in high school there. Jimmy has said in the past that the only reason she has her diploma is due to my efforts.”

As for Jim’s mom, Meghan admitted to having issues with the way in which she raised her husband and explained that Hayley was referring to her decision to blame Jim’s mom for his cheating.

“Jim’s mom has her own set of demons and when Jim sexted on me I emotionally unloaded on her for not nurturing her baby son so many years ago,” Meghan said.

Following their split last month, Meghan informed their daughter Aspen, who turns three later this month, that her parents were ending their marriage after Jim cleared out his closet and skipped out on a family night with Aspen and their twins, one-year-old Hayes and Hart.

“Jim hasn’t asked about how I told her or how she took the news. In fact, I don’t think it’s occurred to him that seeing his empty closet could scar our toddler,” Meghan suspected.

Looking back on their marriage, Meghan said that even after she caught Jim sending inappropriate text messages, videos, and photos to another woman, she badly wanted their marriage to work. However, because Jim refused to take accountability for what he had done and made no effort to heal the pain he caused, saving their marriage simply wasn’t possible.