Home Vanderpump Rules Randall Emmett Shares What Upset Him on First Date With Lala Kent and Why He Fell For Her, Calls Jax Taylor “Greatest Villain” of Reality TV Plus How Doing Vanderpump Rules Helped Their Relationship

Randall Emmett Shares What Upset Him on First Date With Lala Kent and Why He Fell For Her, Calls Jax Taylor “Greatest Villain” of Reality TV Plus How Doing Vanderpump Rules Helped Their Relationship 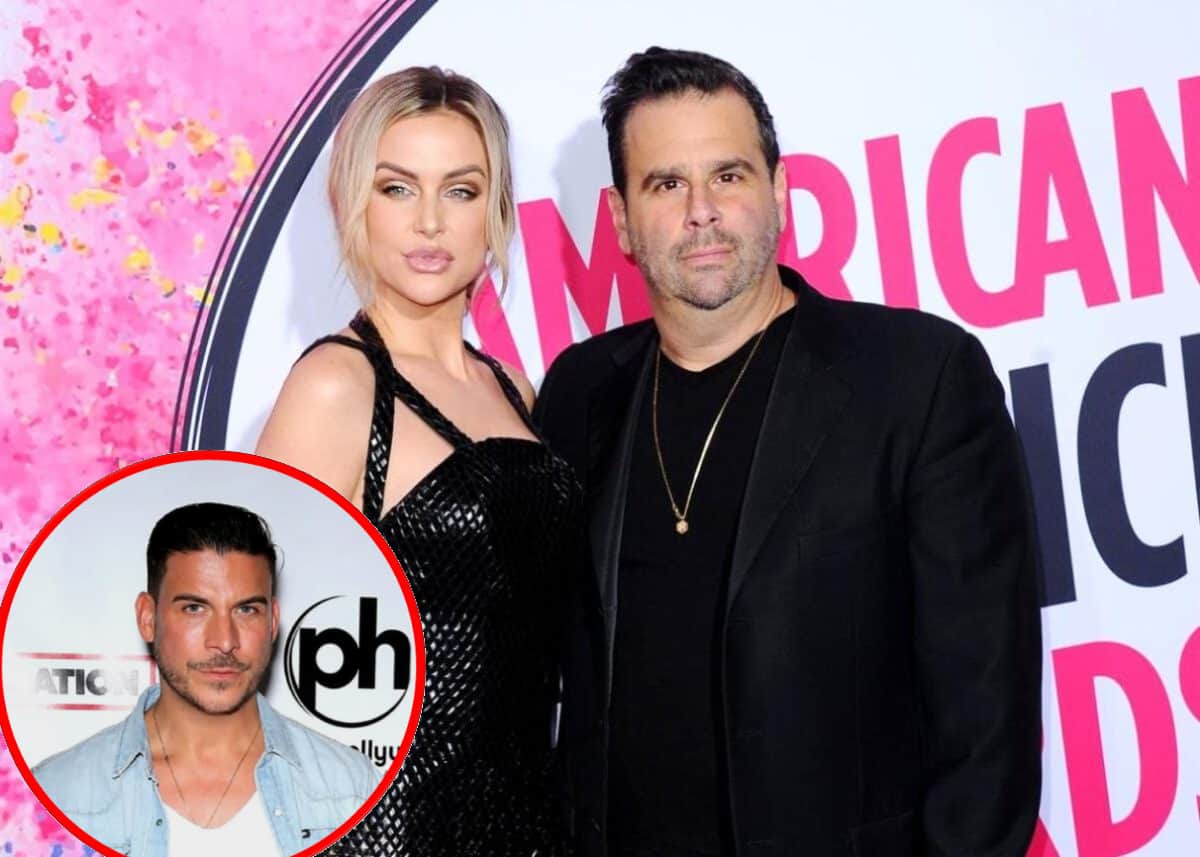 After making his official debut this season on Vanderpump Rules, A-List producer Randall Emmett has a lot of thoughts on his experience with the show and its cast.

In a new interview, the movie producer touched on how he met his fiancé, Lala Kent, how he became close with Jax Taylor and the rest of the cast, and the highs and lows of being on the show.

Appearing on Beyond the Velvet Rope podcast with David Yontef, Randall first detailed his love story with Lala, from how they met at SUR to their first kiss.

“[My employees and I] walked into SUR and I saw her and I was like, ‘Oh my god, that’s that new girl! That’s that girl Lala!’ And I said to [the head of my company], ‘Go ask her is she in the business, what does she do, try to get to know her,'” Randall revealed. “So he went up to her and she looked over at me and she was like, ‘That little guy over there — not for me’ but she said ‘If you ever wanna talk business, talk to my manager.’ So I went to lunch with her manager and we were talking and hit it off … we were just talking about creative stuff. I always tell her I felt a connection out of the blue, she felt like her manager didn’t even exist when we were at this lunch.”

Randall then got Lala’s number ahead of the Sundance Film Festival and they began texting for months. He admitted he was “enamored” and “whipped,” but tried to play it cool.

Eventually, the two met up in New York City as Lala was filming for Watch What Happens Live. Since Lala brought her friends along to their “date” at TAO restaurant, the 49-year-old felt insecure at first — until Lala made a move.

“I walk in and there she is with her two best friends — who are great by the way — but I didn’t know [them] and I’m like, ‘This is dumb, why am I even here?'” Randall recalled. “But I see her and she’s stunning. Then we sit down at the table and I’m just annoyed because I wanted to have like, face time. It had been like two and a half months at this point. And then I remember she put her hand under the table on my knee to grab my hand and we held hands. Then right after dinner we went to the bar part [of the restaurant] and we kissed and we’ve been together ever since.”

Although Randall and the team at his production company, Emmett/Furla/Oasis Films, were fans of the show, he wasn’t a fan of how his new love Lala was being treated. He shared how coming on to the show wasn’t exactly his cup of tea, but it helped Lala — and ultimately their relationship.

“I think that she really took a beating in that first year, in that first two years, so for me, I couldn’t watch the show,” he stated, referencing how the cast (and fans) were unsure what to make of Lala’s ostensibly “secret” relationship. “I was very upset for her. I’m older, I was 46 then, [so] I have been through the ringer in back. Lala’s very sensitive, but tough, so watching your partner come home and cry is heartbreaking. So I think that when people finally got to know me, then things changed, and I think that ultimately probably was the best.”

Randall has since become great friends with the cast, although prior to meeting everyone, he admitted to being “overwhelmed” meeting Jax, who he deemed “the greatest villain in all reality television.”

“I thought it was HUGE [meeting Jax] because [my team and I] were all such fans!” Randall stated. “I think [for reality TV] it’s like, ‘Oh my God, that’s Jax Taylor!’ who crushes the first four years of that show. [N]ow he’s married and trying to have babies but … I think I was overwhelmed.”

The father of two noted that Tom Schwartz, Beau Clark, and Jax were invited to be a part of his wedding, which is now postponed due to the coronavirus pandemic. This interview was also done before the recent firings of long time cast members Stassi Schroeder and Kristen Doute for past racially insensitive behavior and the subsequent revealing of Jax’s controversial comments which prompted fans to call for him to get the ax.

It was recently reported that Randall unfollowed Jax on social media, so the status of their friendship remains unclear.