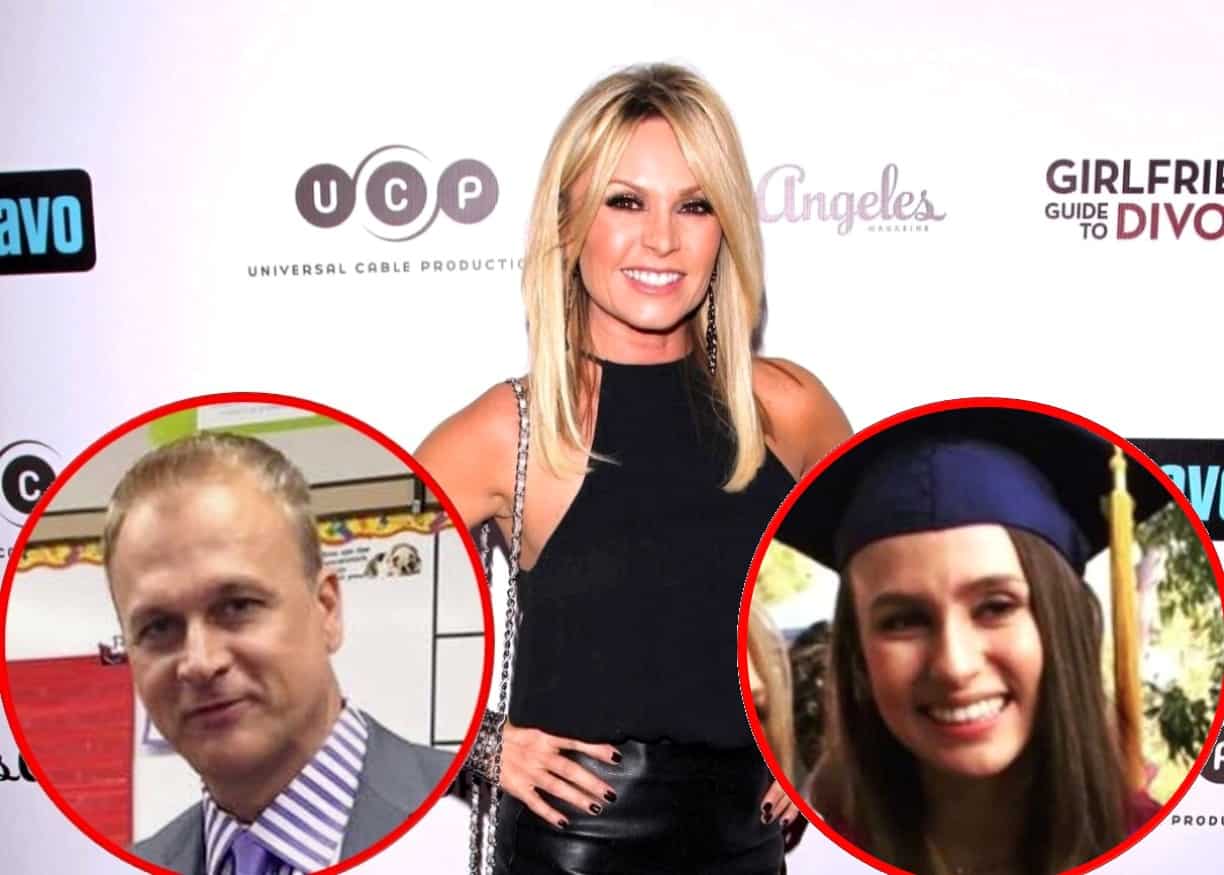 Tamra Judge offered an update on her ex-husband Simon Barney‘s cancer battle during a Q&A session with her fans and followers on her Instagram Stories.

After first suggesting Kelly Dodd should be fired from The Real Housewives of Orange County due to comments made about black men in 2016, Tamra opened up about Simon’s health, shared her thoughts on his fiancee, Catushia Ienni, and revealed her daughter, Sidney Barney, is a college graduate.

“How is Simon doing?” a fan asked during Tamra’s Q&A. “I have huge respect for you putting aside your differences to care for your family.”

“He finished treatment a few months ago and getting stronger everyday. He’s staying positive! We are praying he kicked cancer’s a** but we don’t know yet,” Tamra explained. 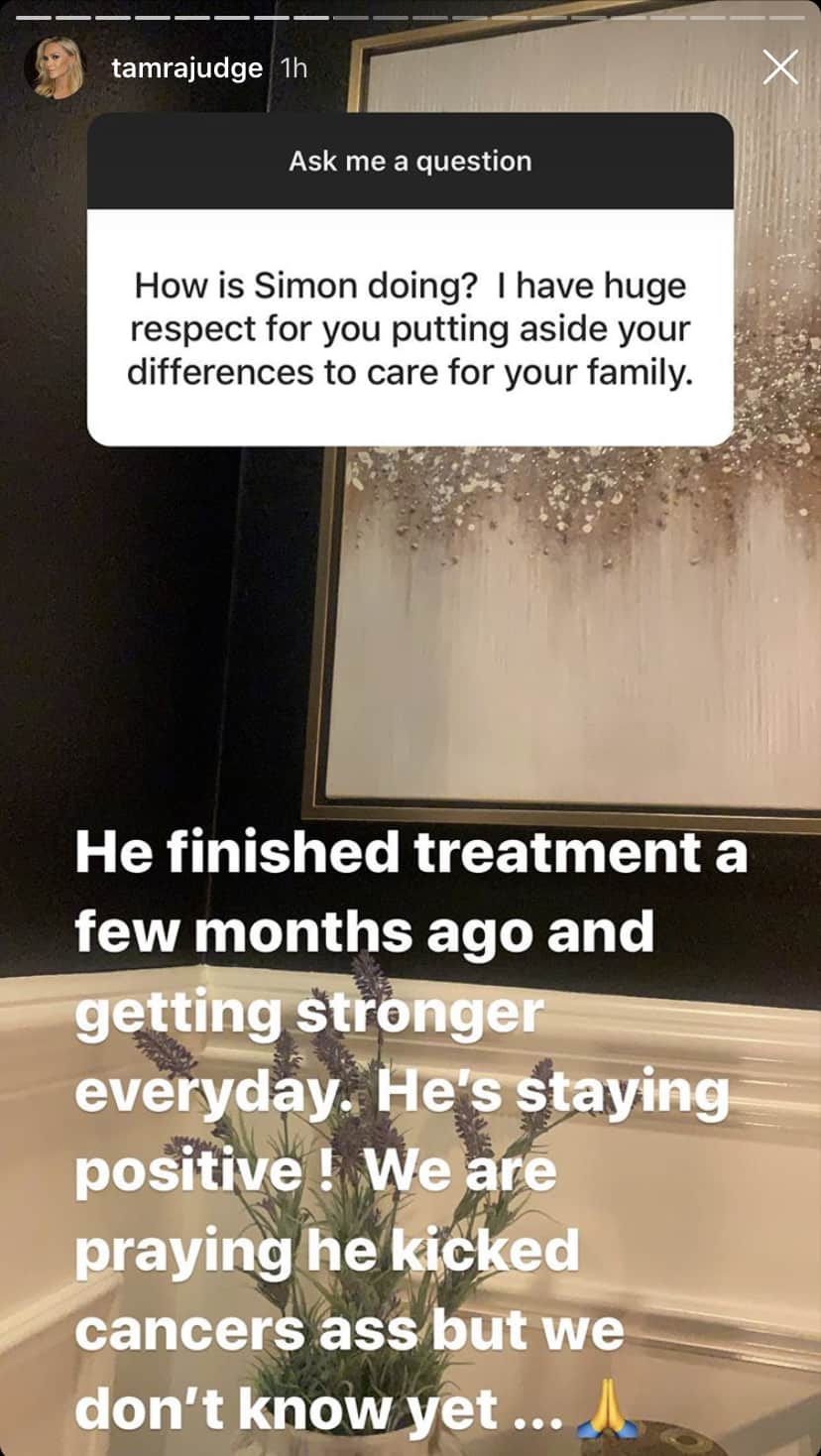 Simon was diagnosed with stage 3 throat cancer at the end of last year and ever since, his fiancée, Catushia, has been helping Tamra in the ongoing care that her children need as he recovers.

Luckily, they seem to get along great.

“Yes I do!” Tamra said when a fan asked her if she likes Catushia. “She is sweet and good to my kids.” 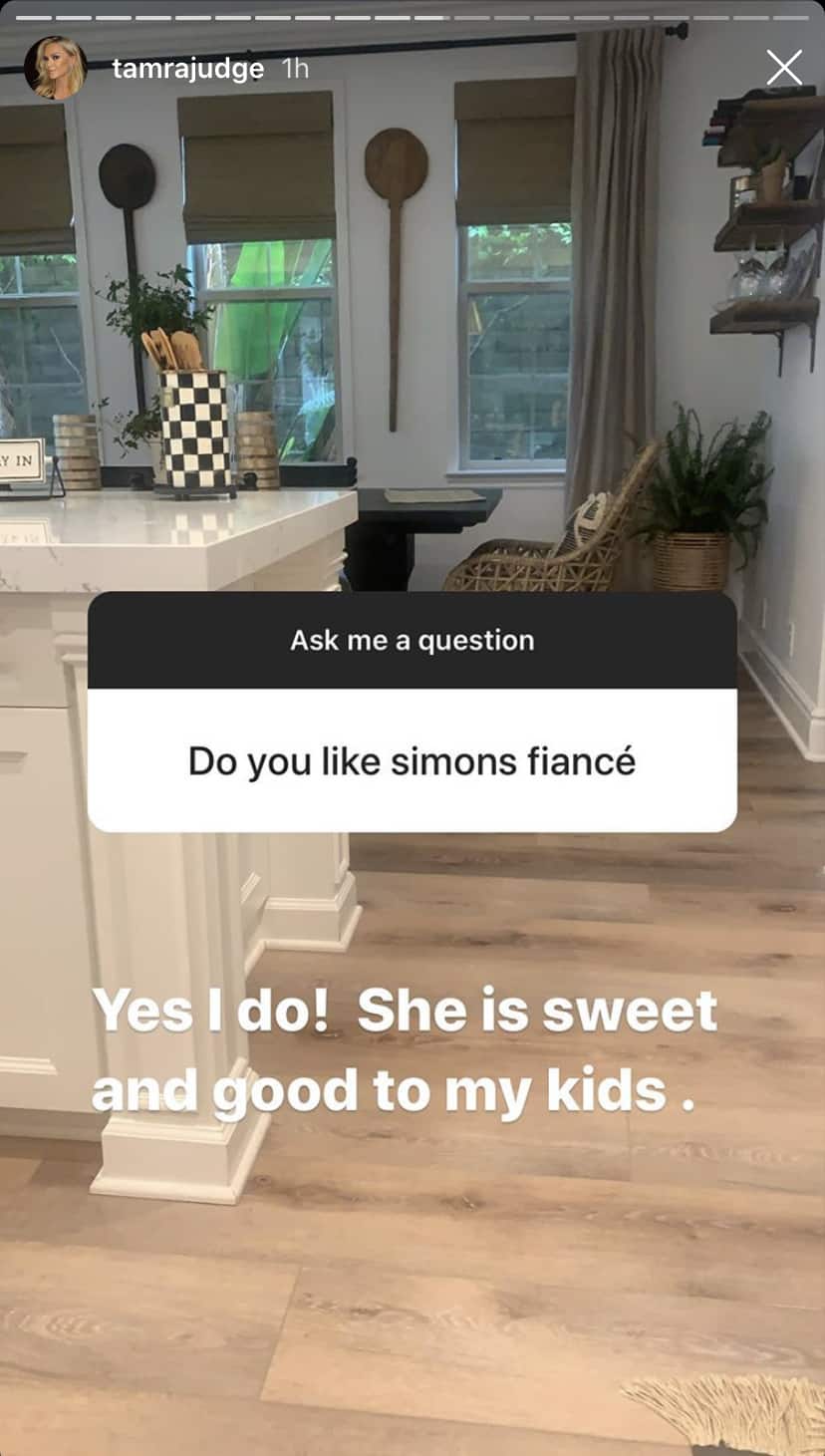 As for her daughter’s recent graduation, Tamra told another one of her online audience members that she was so proud of all of her kids before noting that Sidney was a stellar student.

“What accomplishments are you most proud of?” a fan wondered.

“My kids,” Tamra responded. “My daughter just graduated college a year early with a 4.0 GPA.” 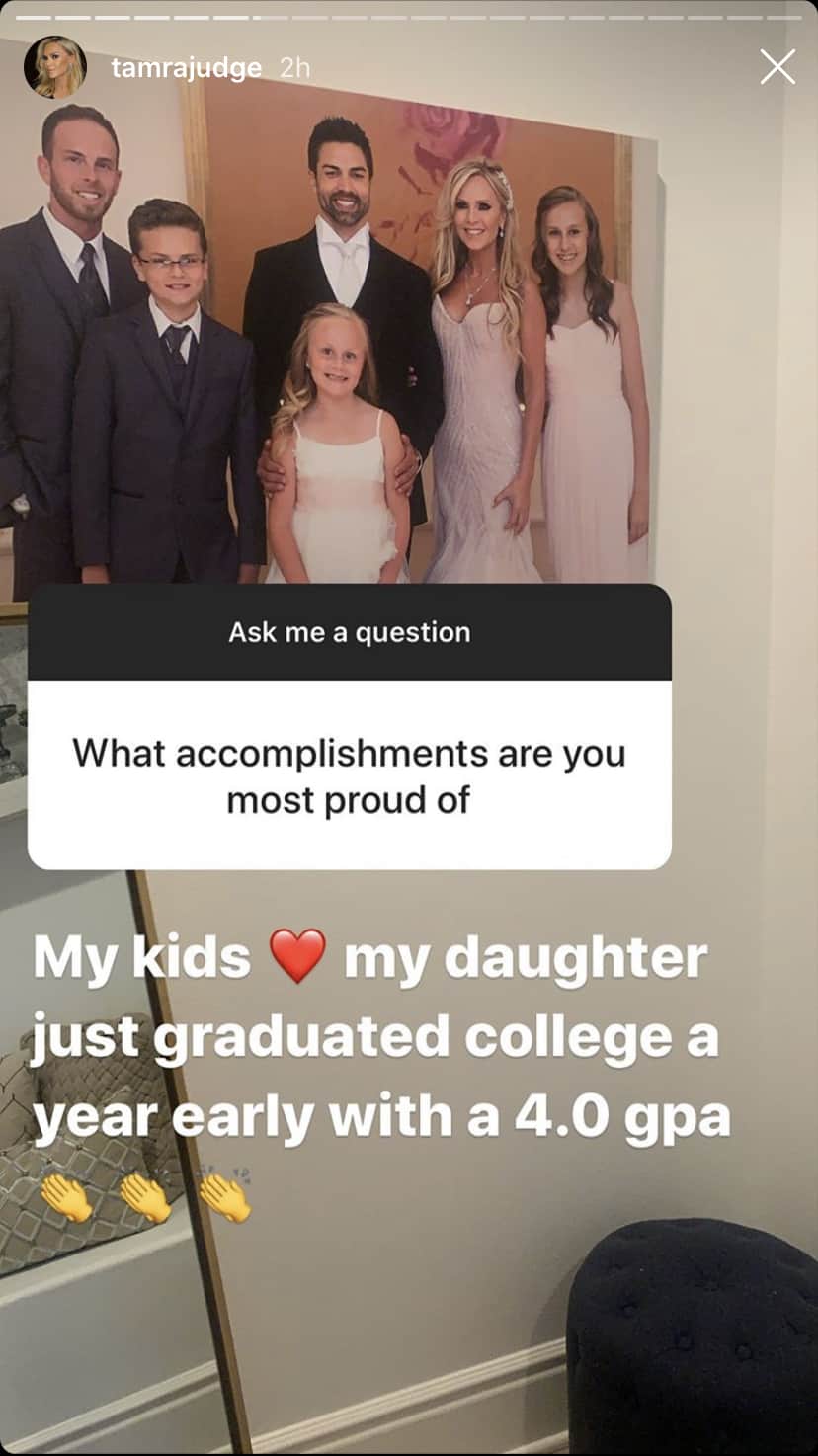 While Tamra and Sidney were estranged for several years after the former RHOC star’s messy split from Simon in 2010, Tamra suggested earlier this year on Instagram that her family was “back together” after her sudden exit from the show.