Home Real Housewives of Orange County News PHOTOS: Jim Edmonds Celebrates His 50th Birthday With Girlfriend Kortnie O’Connor and His Kids as He Thanks Her For Throwing Him the Party, See His Birthday Cake!

PHOTOS: Jim Edmonds Celebrates His 50th Birthday With Girlfriend Kortnie O’Connor and His Kids as He Thanks Her For Throwing Him the Party, See His Birthday Cake! 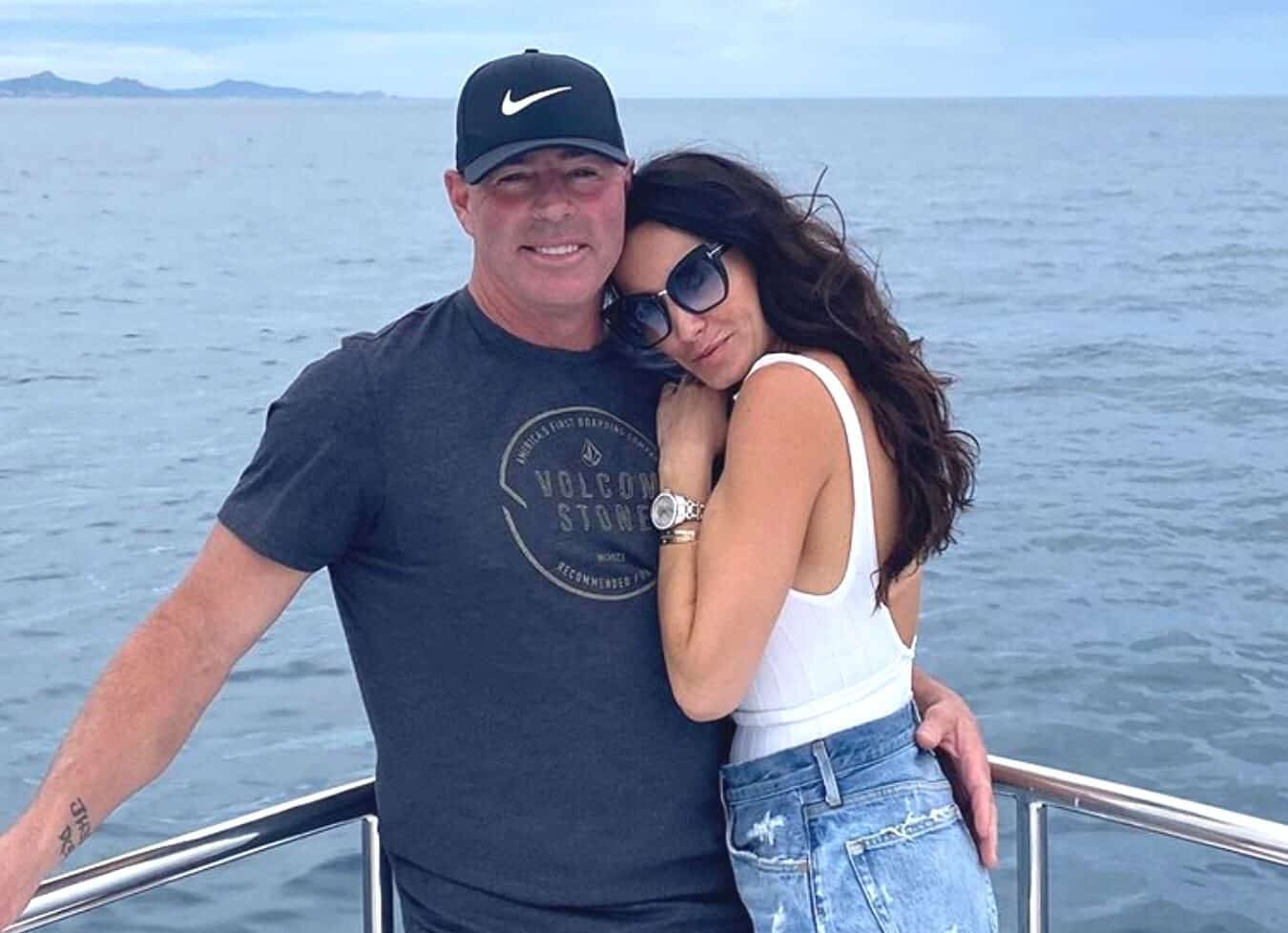 Jim Edmonds celebrated his 50th birthday over the weekend with his girlfriend, Kortnie O’Connor, his kids, and several friends.

Days after trashing his marriage to former Real Housewives of Orange County cast member Meghan King Edmonds as “loveless” and “abusive,” Jim enjoyed an intimate party at his St. Louis mansion. Kortnie shared plenty of photos of the festivities on Instagram, one of which featured the two of them posing with the three kids he shares with estranged wife Meghan.

“Happy Birthday Jimmy! We love you!” Kortnie wrote in the caption of a June 27 photo slideshow. 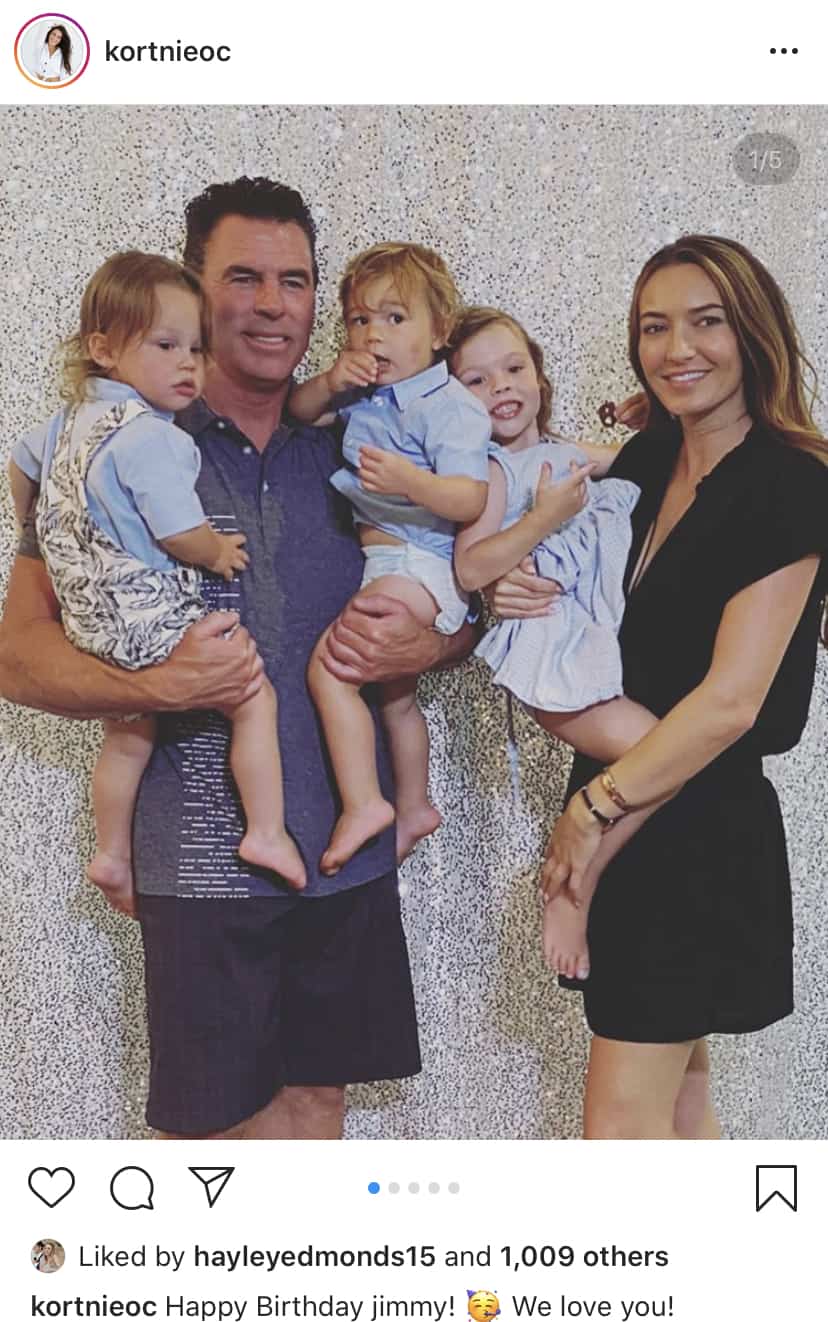 In addition to the post she shared on her page, which was “liked” by Jim’s daughter, Hayley Edmonds, who has been vocal for years in regard to her dislike of Meghan, Kortnie shared a number of images and videos of Jim’s birthday bash on her Instagram Stories.

One Story post featured a series of photos Kortnie took of herself, Jim, and Hayley. 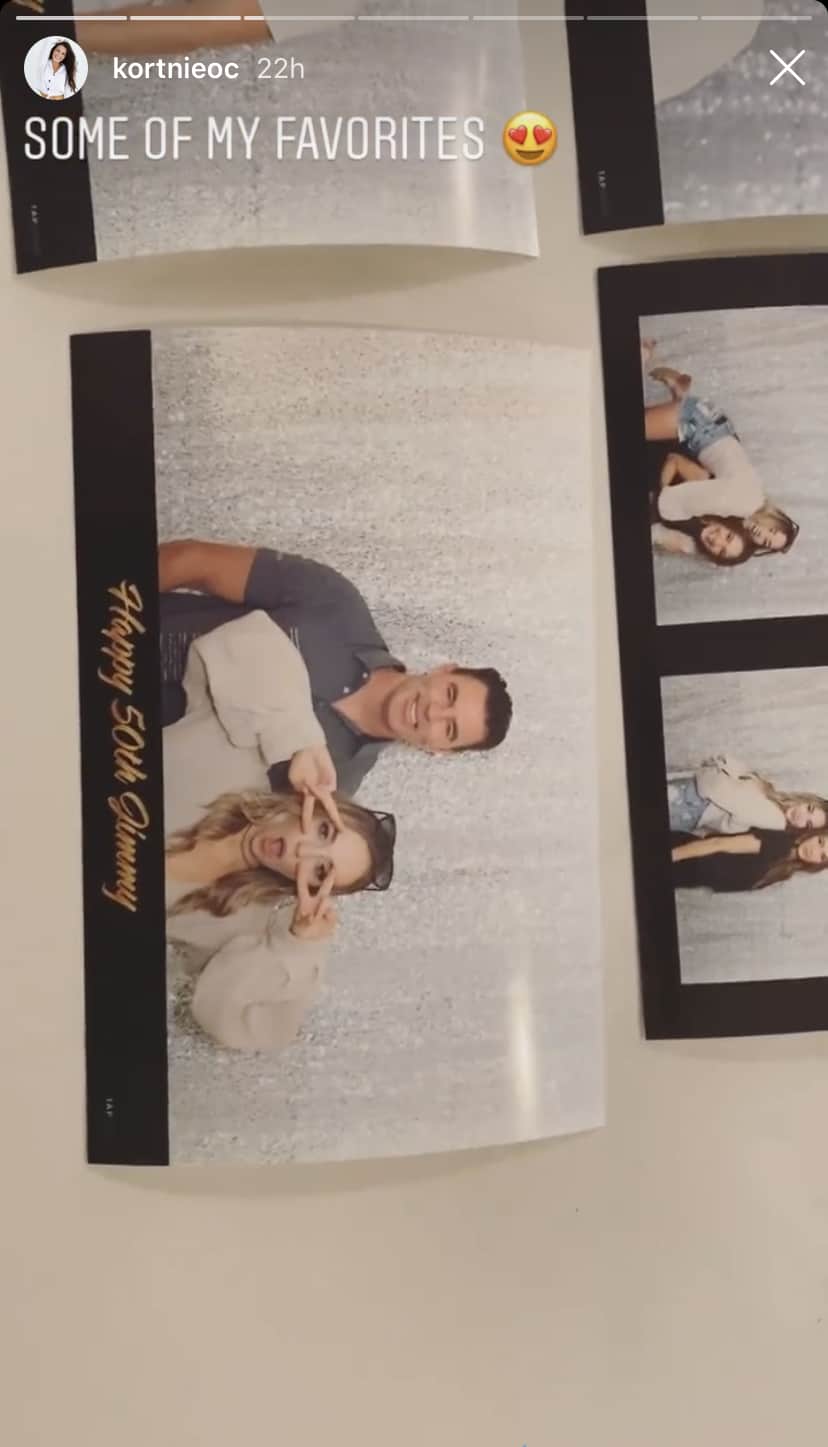 In Kortnie’s second Story, Jim was seen blowing out the candles of his three-tiered birthday cake with the help of his three-year-old daughter Aspen, who was wearing an adorable blue dress. 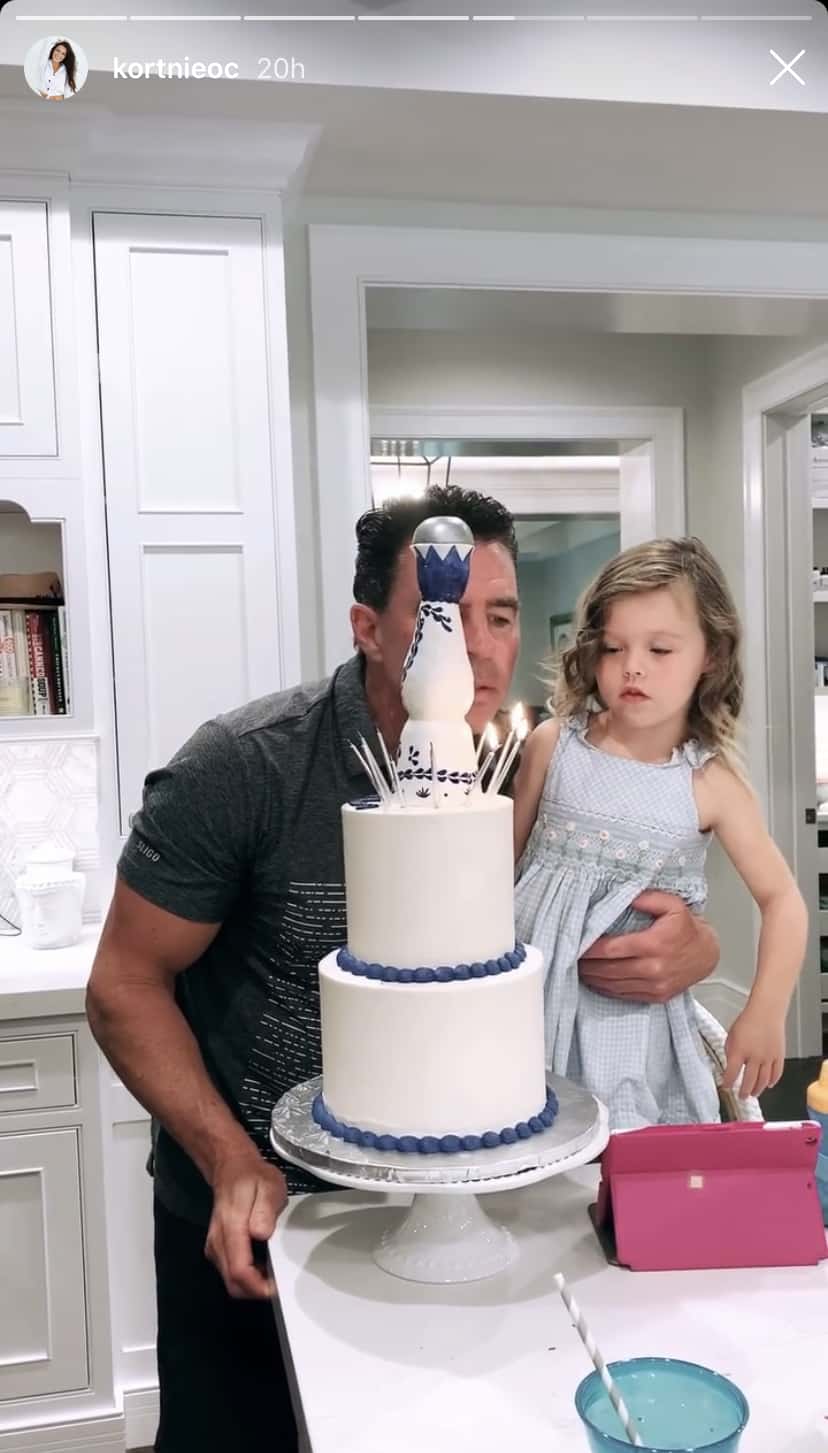 In her final post, Kortnie was seen in a series of photos with Jim and their friends. 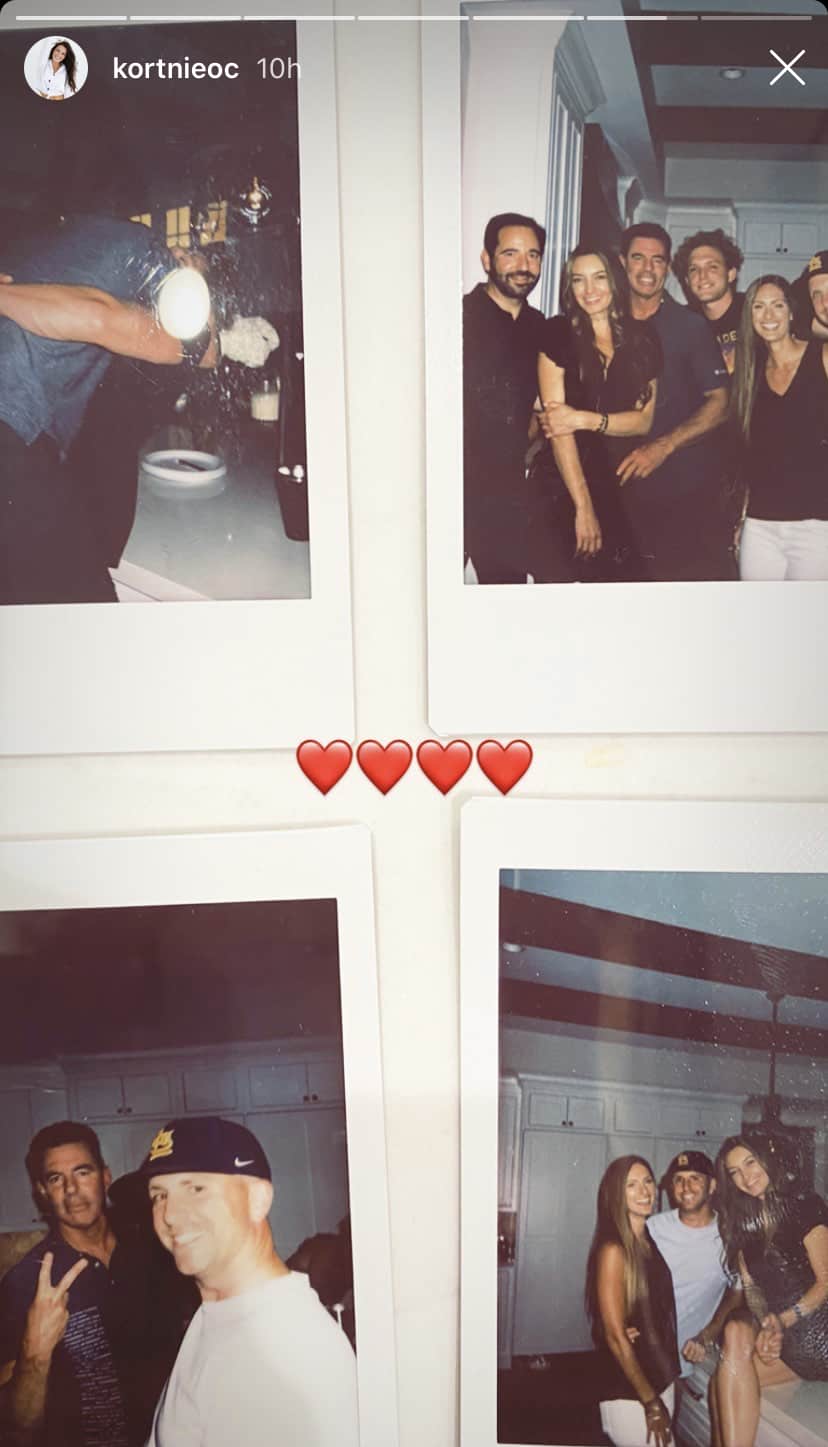 Jim also thanked Kortnie for throwing him the party, writing: “Thank you @KortnieOC for the best day ever.” 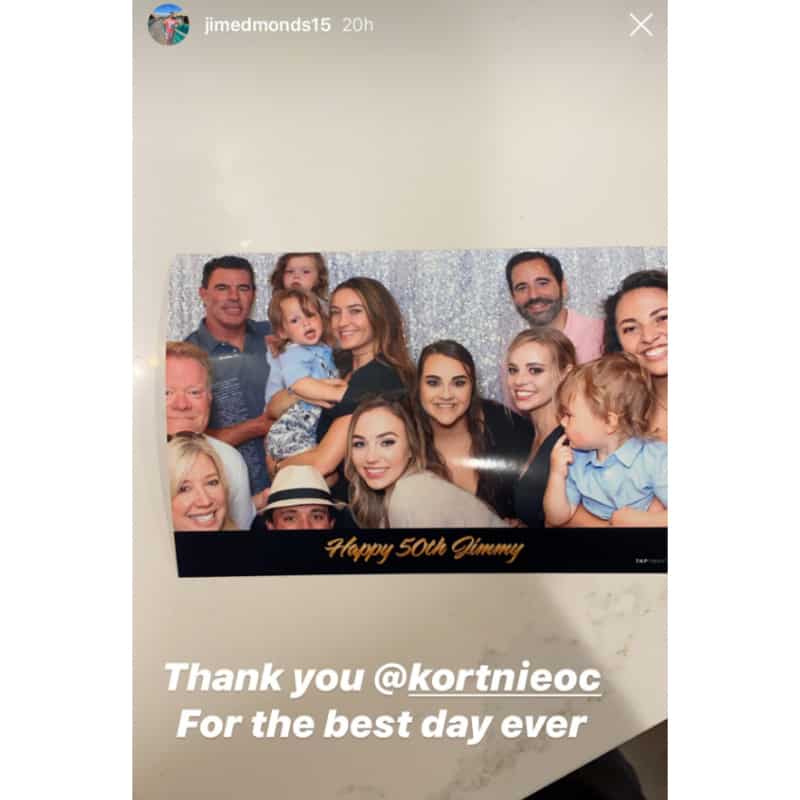 Jim and Kortnie began dating in January of this year, just over two months after Jim filed for divorce from Meghan following five years of marriage and three kids, including their two-year-old twins, Hayes and Hart.

As RHOC fans have likely heard, Meghan has also moved on from her five-year marriage to Jim and went public with her new boyfriend, Christian Schauf, at the end of May.

Although Meghan and Christian have only been dating for a few months, her and Jim’s kids seem to have taken a liking to him just as they have done with Kortnie. Weeks ago, during a short trip to Utah, Meghan shared photos of Christian and the children spending time with one another.