by Lindsay Cronin May 28, 2020 13 comments
ShareTweetWhatsappPinterestRedditTumblrMailFlipboard 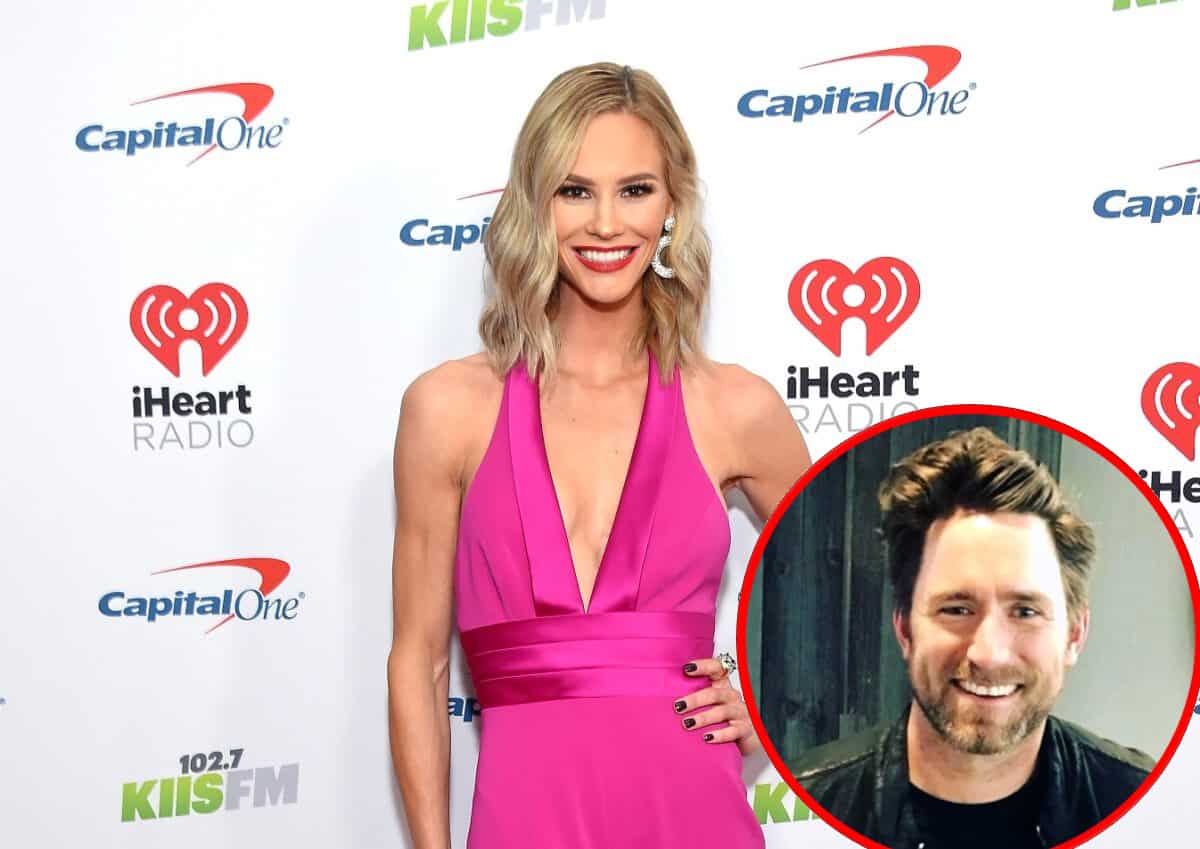 Just days after the couple was first linked, the former Real Housewives of Orange County cast member took to her Instagram page, where she shared her first photo of herself and Christian and said she was “happy” as her ex-co-star, Tamra Judge, and other Bravolebrities reacted to her new romance.

“I guess if it’s in [People], it must be true… I’ll just say this: I’m happy and looking forward to writing my next chapter,” Meghan wrote in the caption of her May 27 photo, which featured her and Christian posing with his dog. 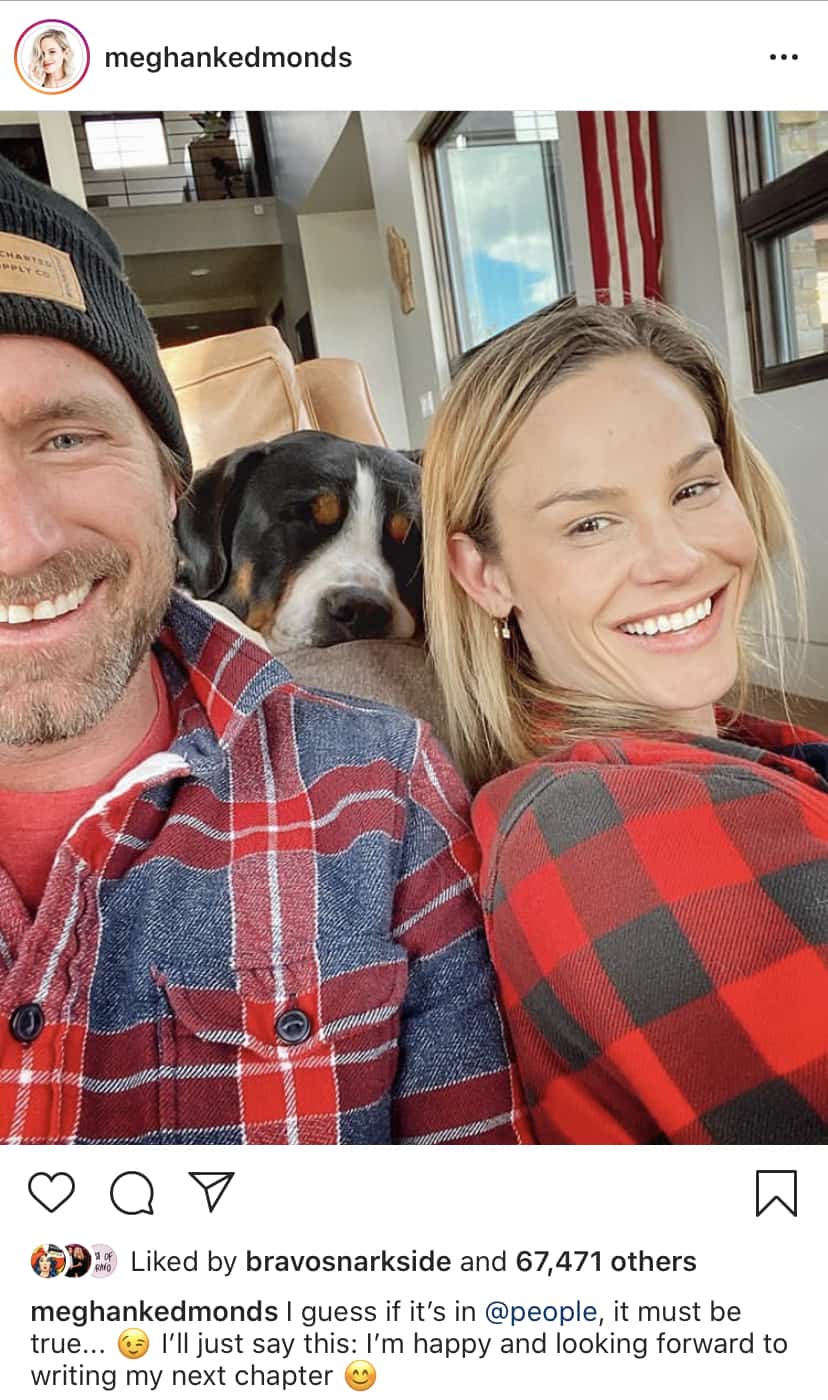 After Meghan shared the pic, Leah McSweeney, of The Real Housewives of New York City, took aim at her estranged husband, Jim Edmonds, in the comments section of her photo.

“Much cuter [than] the last one haha!! Happy for you,” Leah shared.

Cameran Eubanks, who recently left her role on Southern Charm, also weighed in, saying she was “happy” for her “sweet friend.” 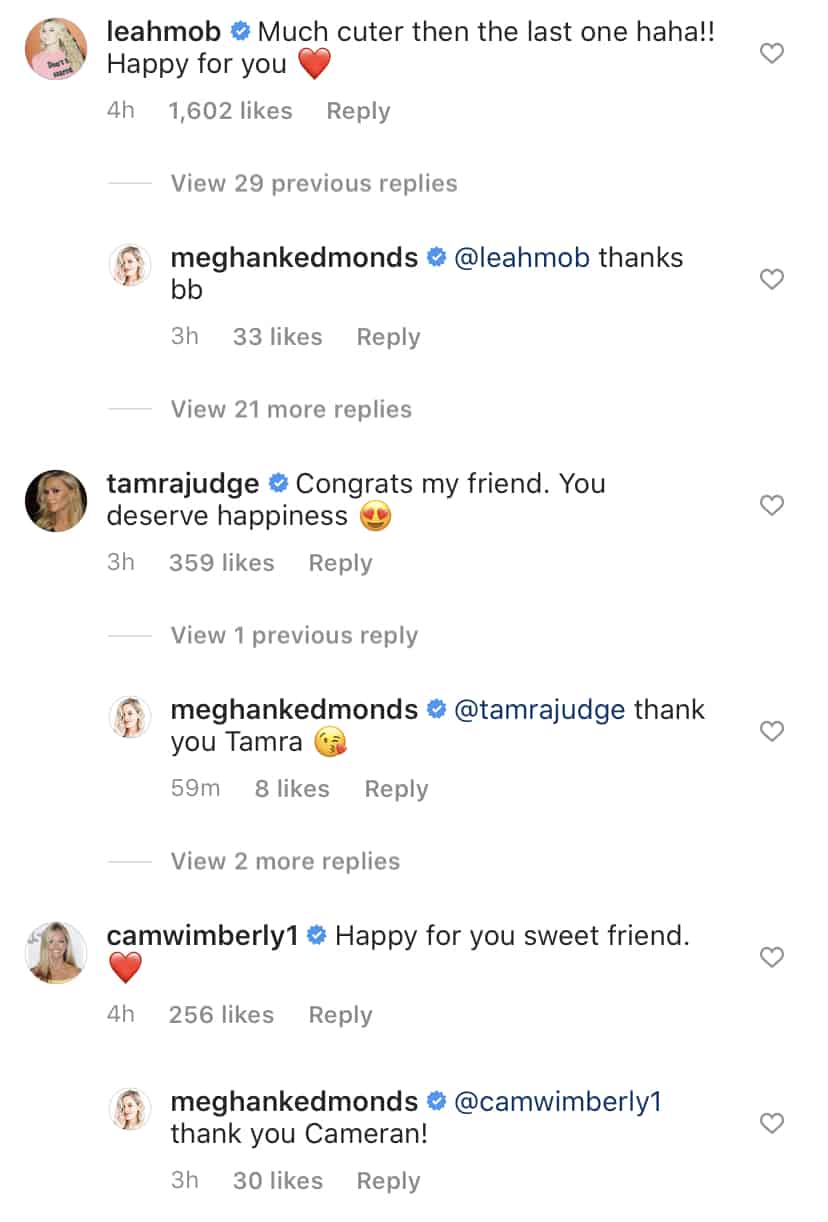 “I really like you in a flannel and a smile,” he shared, prompting her to share a blushing face emoji.

Meghan and Christian reportedly met one another earlier this year through personal trainer Nancy Anderson. They have been dating for the past couple of months.

As RHOC fans well know, Meghan has been in the midst of a messy split from estranged husband Jim since he filed for divorce in October of last year amid allegations of an inappropriate relationship with one of their nannies.

Meghan and Jim were married for five years and share three children, including three-year-old Aspen and one-year-old twin sons Hayes and Hart.