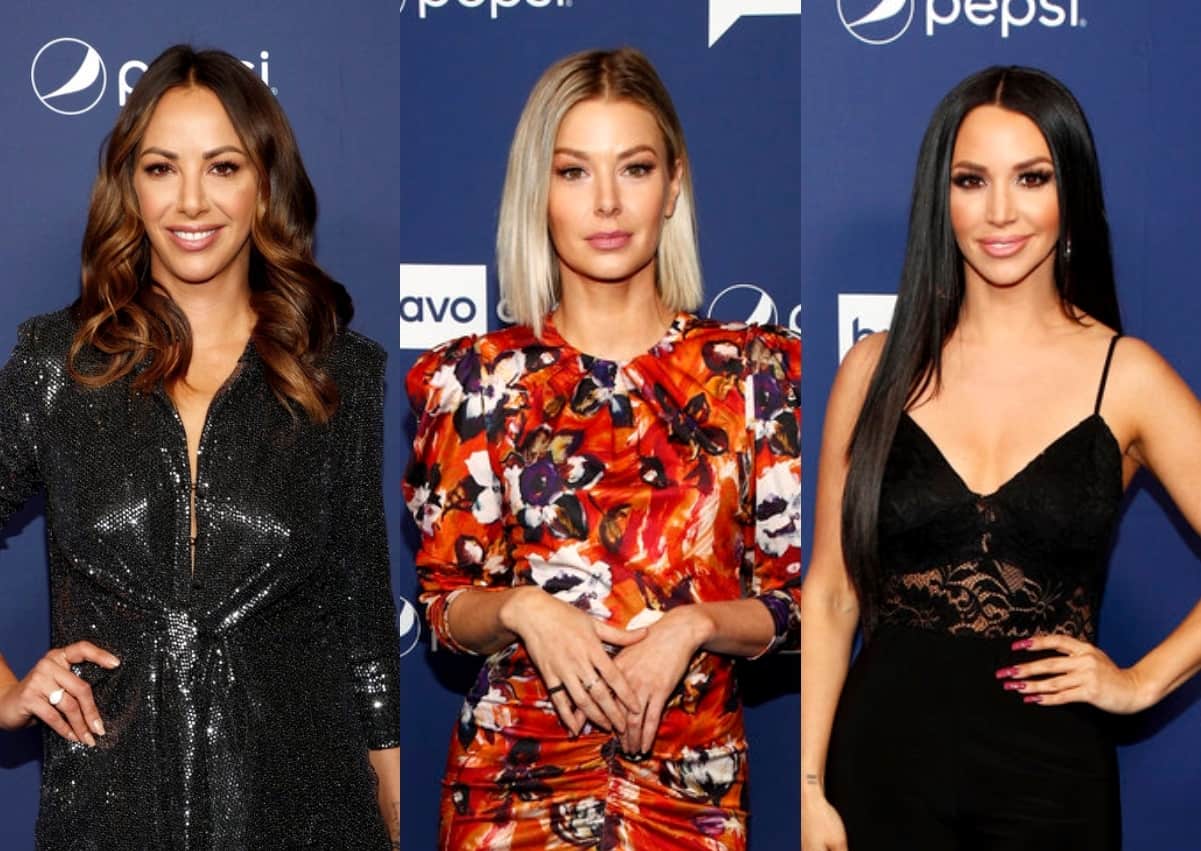 Kristen Doute, Ariana Madix, and Scheana Shay recently made a joint appearance on a podcast, where they discussed a number of issues close to their hearts, including their thoughts on marriage and kids and the pressures they have felt over the years due to their roles on Vanderpump Rules.

During the episode, which was taped prior to Kristen’s firing, Kristen, Ariana, and Scheana spoke about their futures and the way in which their lives have been impacted by the Bravo series.

First, Kristen stated that the hardest part of appearing on Pump Rules was being forced into a one-dimensional character.

“All of the cast members, we all have to deal with it. We’re like, ‘Scheana’s the boy crazy one and Ariana’s being the cloud and Kristen’s crazy. That’s who we are. There’s nothing else to us,’” Kristen explained on the Talk Purpose and Truth podcast, adding that she and her now-ex-castmates are “more than what you see on TV.”

“We are so much more and I can say that for even the cast members that I don’t get along with or maybe don’t vibe with,” Ariana agreed. “Everybody is so much more than you’ll ever see.”

When it comes to the topic of marriage and children, Kristen, who is currently dating Alex Menache, said she is open to it.

“I’m hopeful. It’s not crossed off my list,” Kristen said. “Before I started dating Alex I was in a different headspace with marriage. I don’t know where I stand with marriage. I stand for commitment, for sure. As far as a legal, government official signed document that says I share his last name, I don’t know how I feel about that. But I believe in longterm commitment [and] I would love children.

“I kind of feel similar to Kristen,” Ariana replied. “Commitment is important to me but I’ve never, even as a kid, I’ve never quite got the wedding hype.”

As for kids, Ariana said she’s “not there,” despite being in a committed relationship with boyfriend Tom Sandoval and having more than enough room at their $2 million home in Los Angeles.

On the opposite side of the spectrum is Scheana, who looks forward to marrying and having kids with her current boyfriend, Brock Davies, who she began dating at the end of last year.

“Brock and I talk about it. I would be happiest if I can go to work and [Brock] can stay home with the kid and he loves that idea. I know he’s the one for me and I know we’ll have a family,” she shared.

Scheana also opened up about the hardships she experienced due to her time on Pump Rules.

“It goes back to my wedding when I had my crop top wedding dress and all of these comments come out of people saying, ‘Oh, her fat rolls are hanging out,’” Scheana recalled. “And I was like, ‘Oh my God, yeah, I’m not perfect. I need to get in shape.’”

Kristen, along with Stassi Schroeder, Max Boyens, and Brett Caprioni, were fired by Bravo earlier this month following allegations of racism.