Dorinda Medley Implies Ramona Singer Pretended to Care About Her For a Storyline, Shades Tinsley for Keeping Life “Private” While Doing Reality TV and Calls Bethenny’s Departure a “Huge Loss” 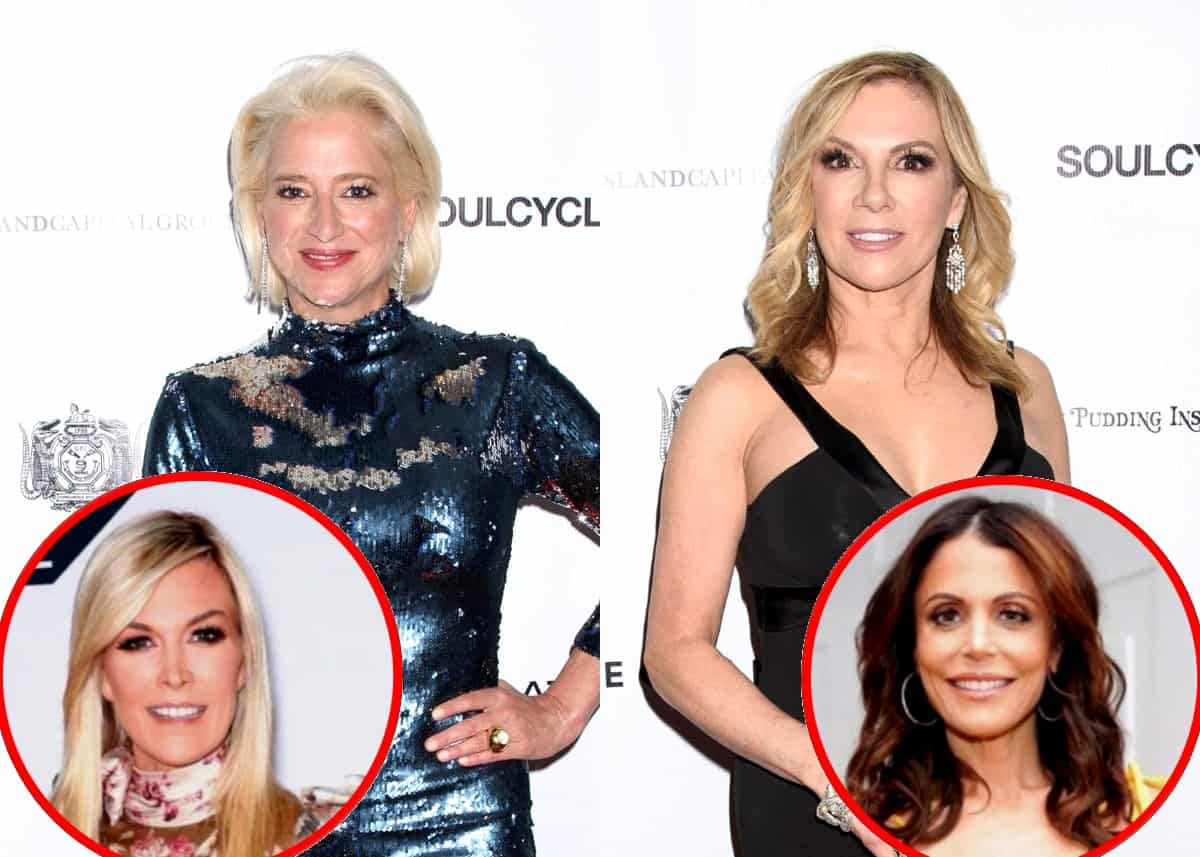 As the return of The Real Housewives of New York City approaches from a two-week hiatus, Dorinda Medley is ready to call on her co-stars to keep it real.

In a new interview, the 55-year-old first opened up about feeling like Ramona Singer was only checking in on her for a “storyline,” stating that once filming wrapped, she didn’t “hear from anybody” except Leah McSweeney and Sonja Morgan.

“I would get on the show and I felt like [I] was used as a storyline, then get off the show and not hear from anybody. And Leah and Sonja really did throughout the season, off [camera], check-in with me,” Dorinda revealed on the Chanel in the City podcast with Chanel Omari.

“I mean it’s a lot when you’re going through a breakup, your house is being renovated, your dog died, and I really got the feeling like certain people like Ramona piled on. She found any opportunity to pile on,” she continued. “[She would say], ‘You’re in pain, you’re in pain.’ Well of course I am. How about, ‘How are you doing?’ Any opportunity she had [she’d say],’You’re drinking so much, you’re an alcoholic.’ I barely drank this season! When someone is going through a hard time a person is a girl’s girl. You don’t hit them while you’re down.”

“I think the mistake that Ramona made a little bit is that she went head to head with a girl that’s, you know, 25 years younger than her,” she stated. “It would have been better off to help guide her a little bit more. The things that she was touching on were for the first season I thought were really difficult because she didn’t know us! And we are a tough group.”

Even so, Dorinda does feel that Leah held her own and “really made her mark,” saying how much the “audience loves her” and that “she’s funny as hell.”

Still, Bethenny Frankel leaving the show had a great impact according to Dorinda, as she commented on why Bethenny’s RHONY star power will never be forgotten.

“Bethenny was an NFL varsity player so I don’t care what the girls say… it was a HUGE loss,” Dorinda stated. “Bethenny is a great reality star… There’s no way around it. Love her, hate her. I mean I used to watch the one-liners and piss my pants, I’d be like, ‘That is so good! Why can’t I be like that?!”

Dorinda went on to explain the shockwave Bethenny’s exit created for casting for season 12, with a younger newbie coming along and Tinsley Mortimer‘s return (before leaving mid-season) — much to Dorinda’s chagrin.

“Then we don’t know the new girl. Then we find out she’s 37 and we’re like what? So we had that,” she explained. “Then we had Tinsley coming back but Tinsley doesn’t really talk that much and lives a very private life which doesn’t work for reality TV. […] At one point I’d be like, ‘See those boxes over there? They’re called cameras!’ That’s what we do, we have to [reveal our lives], otherwise we’re in a scripted show!”

After a brief hiatus, The Real Housewives of New York City returns July 2 with new episodes.