Home Vanderpump Rules Kristen Doute Claims Faith Stowers Declined to Speak to Her After She Reached Out Following Her Firing From Vanderpump Rules For Calling the Cops on Faith, Admits It’s ‘Her Choice’

Kristen Doute Claims Faith Stowers Declined to Speak to Her After She Reached Out Following Her Firing From Vanderpump Rules For Calling the Cops on Faith, Admits It’s ‘Her Choice’ 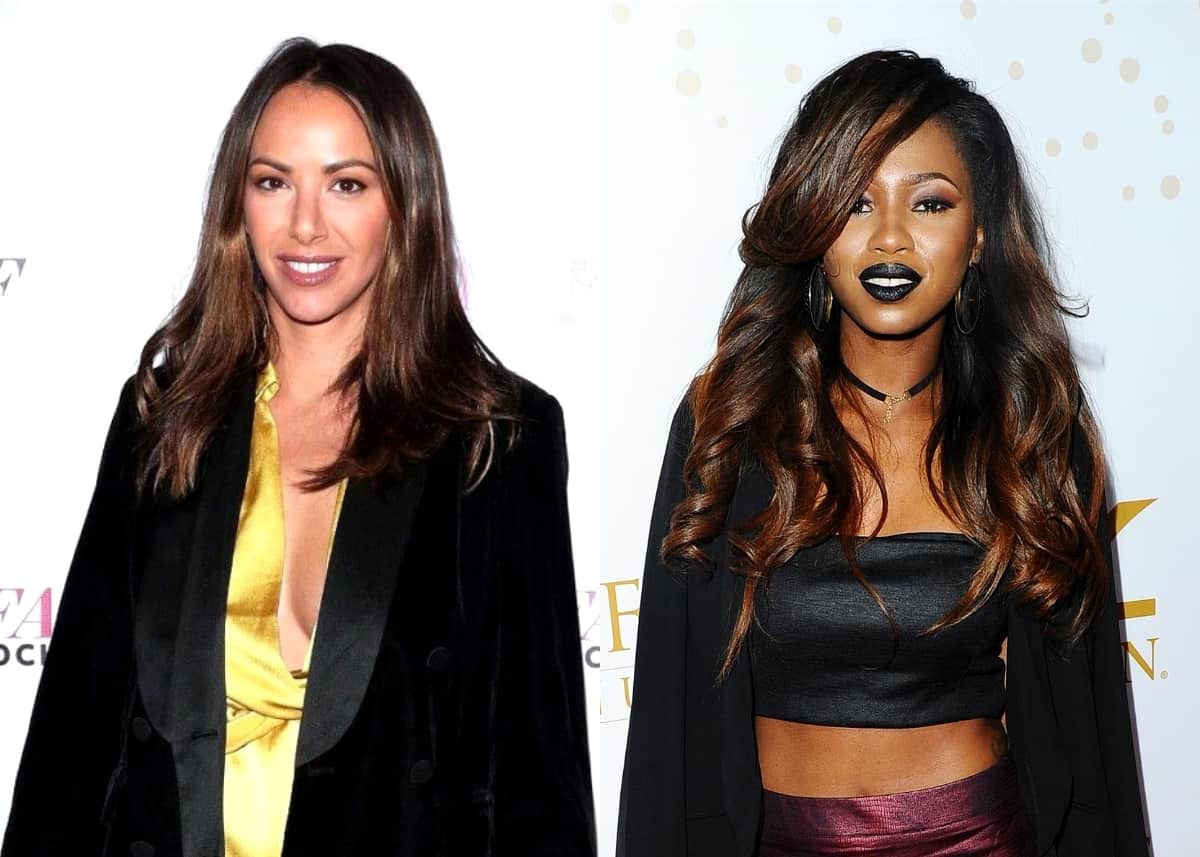 Kristen Doute claims she attempted to reach out to Faith Stowers on social media and through the phone after her former Vanderpump Rules cast mate went public and spoke out about the mistreatment she received during her time on the show.

Amid the ongoing conversations about racism in the country last month, Faith recalled the moment when Stassi Schroeder and Kristen called the cops on her in an effort to have her thrown behind bars for crimes she didn’t commit. Fast forward to now and Kristen is claiming Faith was not open to speaking with her about the unfortunate events that took place between them when she tried to contact her.

After speaking out on a number of current topics, including the Black Lives Matter movement and marijuana laws, Kristen was met with a number of people who questioned her about why she hadn’t reached out to Faith with an apology.

“Black people don’t want to see you posting about BLM after not properly apologizing to Faith or admitting that it was racially driven,” one person said.

“Kristen, if you’re going to speak up, address why you haven’t apologized to Faith directly,” wrote another.

Then, after a third follower came to Kristen’s defense, telling people that she had apologized to Faith both publicly and privately, Kristen responded to another person who wanted to know how they knew that information was true.

“Do you personally know Kristen to confirm this? She told you she personally reached out TO Faith?” the person asked.

“Yes I personally DMd her and attempted a phone call,” Kristen replied. “She chose not to respond and declined [to] speak to me, which is her choice.” 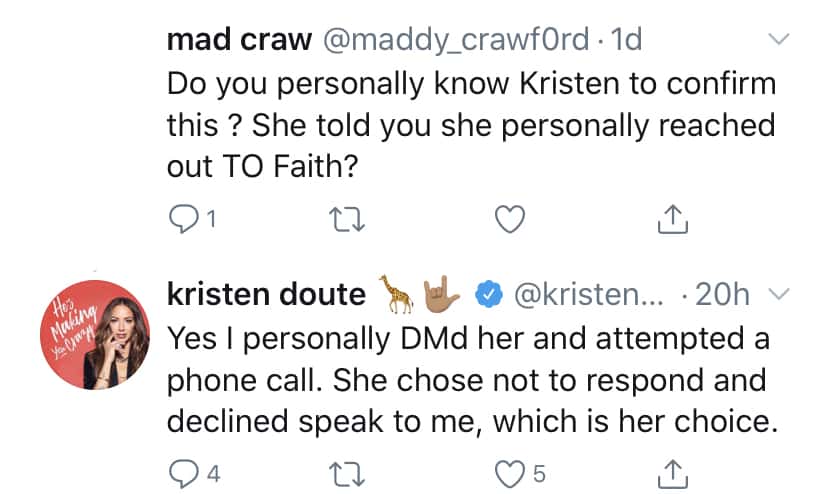 As Pump Rules fans may have seen, Kristen called out “cancel culture” on her Instagram Stories over the weekend, weeks after Bravo fired her amid allegations of racist behavior, with an interview Jameela Jamil did with The Daily Show‘s Trevor Noah.

On the show, Jameela suggested that firing people for their past mistakes instead of allowing them to get educated takes away from the value of learning and progressing.