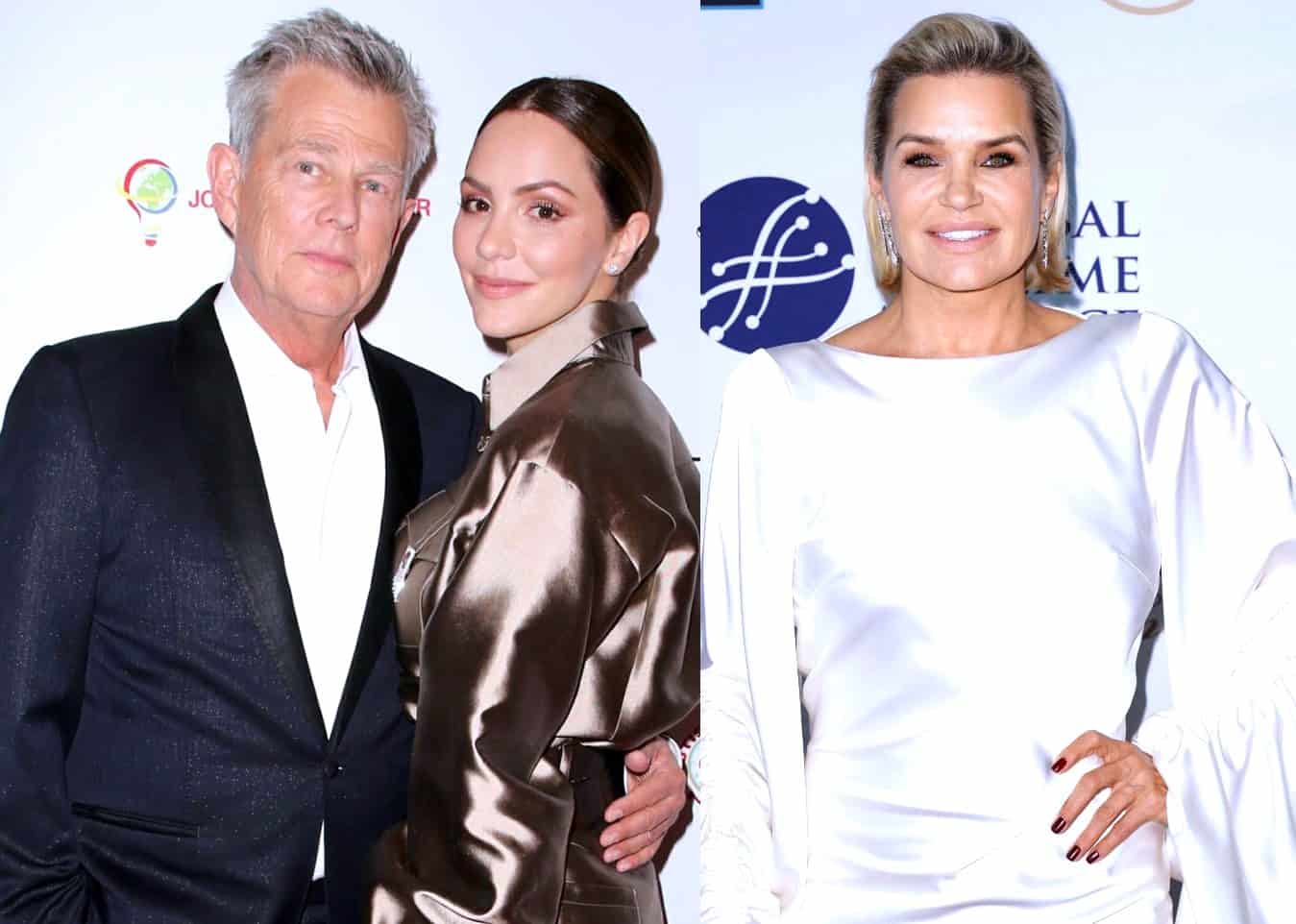 David Foster is looking back on the time he spent on The Real Housewives of Beverly Hills and his failed marriage to former cast member Yolanda Hadid.

During a recent interview with Us Weekly and on his new Netflix series, David Foster: Off the Record, David shared his true feelings towards the Bravo show and the notoriety he’s received because of it, addressed rumors claiming he divorced Yolanda due to her Lyme disease, and gushed over his fifth wife, singer Katharine McPhee.

Speaking of the way in which he continues to be recognized due to his past stint on RHOBH, David told the magazine it “got to be annoying, with all I felt I’d accomplished.”

As some may know, David has been working in the music industry for nearly 50 years and has a whopping 16 Grammys to his name, as well as 47 nominations. So, when it comes to the fandom he’s experienced as a reality star, it has left him understandably frustrated.

“I would get and still get, ‘I know you, you’re on The Real Housewives of Beverly Hills.’ And what I want to say is, ‘Hey, I got 16 f**king Grammys, OK? I’ve sold half a billion records. F**k that show,'” he admitted on his Netflix special, via The Sun.

According to David, he had no interest in joining the RHOBH cast for its third season but did so because Yolanda wouldn’t have been cast without him agreeing to appear on camera.

“Yolanda wanted to do the show. I didn’t want to be the guy to say no,” he shared.

As for his split from Yolanda, David wouldn’t disclose what specifically led to their breakup although it reportedly had to do with their changing lifestyles and his dislike of the RHOBH. He did however shoot down reports claiming he left her because she was sick, which she implied in her 2017 book.

“How can I leave a sick woman? The fact of the matter is, that is not the reason why I left,” he confirmed. “It was for a different reason, which I will never disclose, but it had nothing to do with her being sick.”

Yolanda was diagnosed with Lyme disease in 2012, just months after she and David tied the knot. Then, in June of last year, following the finalization of his divorce from Yolanda in 2017, David wed fifth wife Katharine, who is 34 years his junior, in London.

“We’re doing great. She’s very opinionated. It’s challenging, but in the best way,” he shared with US magazine. “She’s really magical and able to float in and out of all the family dynamics. It’s amazing to watch because that’s a huge talent — being able to navigate my life.”