Home Real Housewives of Beverly Hills News Camille Grammer Calls on Erika Jayne to Bring More Than “Self-Promotion” to the RHOBH, Praises Denise For Carrying This Season and Shades Brandi

Camille Grammer Calls on Erika Jayne to Bring More Than “Self-Promotion” to the RHOBH, Praises Denise For Carrying This Season and Shades Brandi 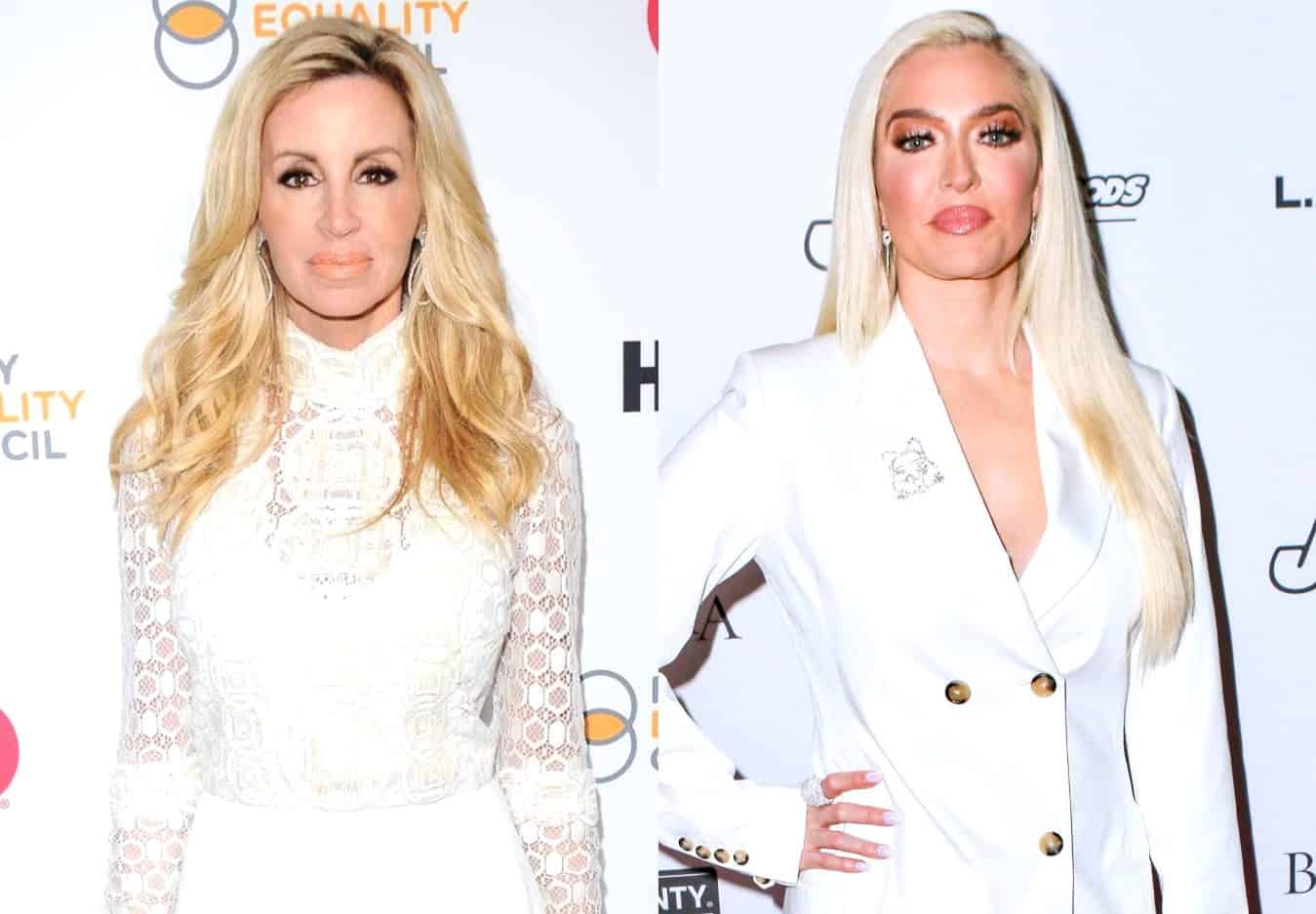 Although she’s no longer a full-time cast member on The Real Housewives of Beverly Hills, Camille Grammer has some pointed opinions on her former castmates and what keeps the show moving forward.

The mother of two took to her Twitter on July 8, ahead of the RHOBH return, to share her thoughts on the franchise and the current (and former) diamond-holders therein.

As she praised Denise Richards, Camille also took a shot at Erika Jayne, who she feels brings nothing to the RHOBH.

“As I said before Denise is carrying this season,” Camille tweeted. “Even though I have no problem with [Erika] I would like to see [her] bring something more [than] self promotion. Just saying ????‍♀️”

Camille furthered her support for Denise against Brandi Glanville by co-signing a tweet from a fan who called out Brandi’s “hypocrisy” in calling former housewife Eileen Davidson “the other woman” in her marriage when she herself has exhibited such behavior — “allegedly.”

“@BrandiGlanville threw a glass of wine in @eileen_davidson face because she was angry that she was ‘the other woman'” tweeted the fan. “But she has been the other woman in [Carlton Gebbia] and (allegedly) @DENISE_RICHARDS marriages ???? as @TheRealCamilleG says ‘hypocrisy at its finest’ #RHOBH”

This isn’t the first time Camille has chimed in on the RHOBH drama, and it most likely won’t be the last, considering her “friend of” return to the franchise later this season.

The Real Housewives of Beverly Hills returns tonight at 9 p.m. ET after a three-week hiatus.