Home Real Housewives of Beverly Hills News Lisa Rinna Fires Back at Fan Who Says She’s a “Friend to No One” as She’s Called Out for Her Lack of Loyalty to Denise, Plus the RHOBH Star Admits She Wants to Host a Talk Show

Lisa Rinna Fires Back at Fan Who Says She’s a “Friend to No One” as She’s Called Out for Her Lack of Loyalty to Denise, Plus the RHOBH Star Admits She Wants to Host a Talk Show 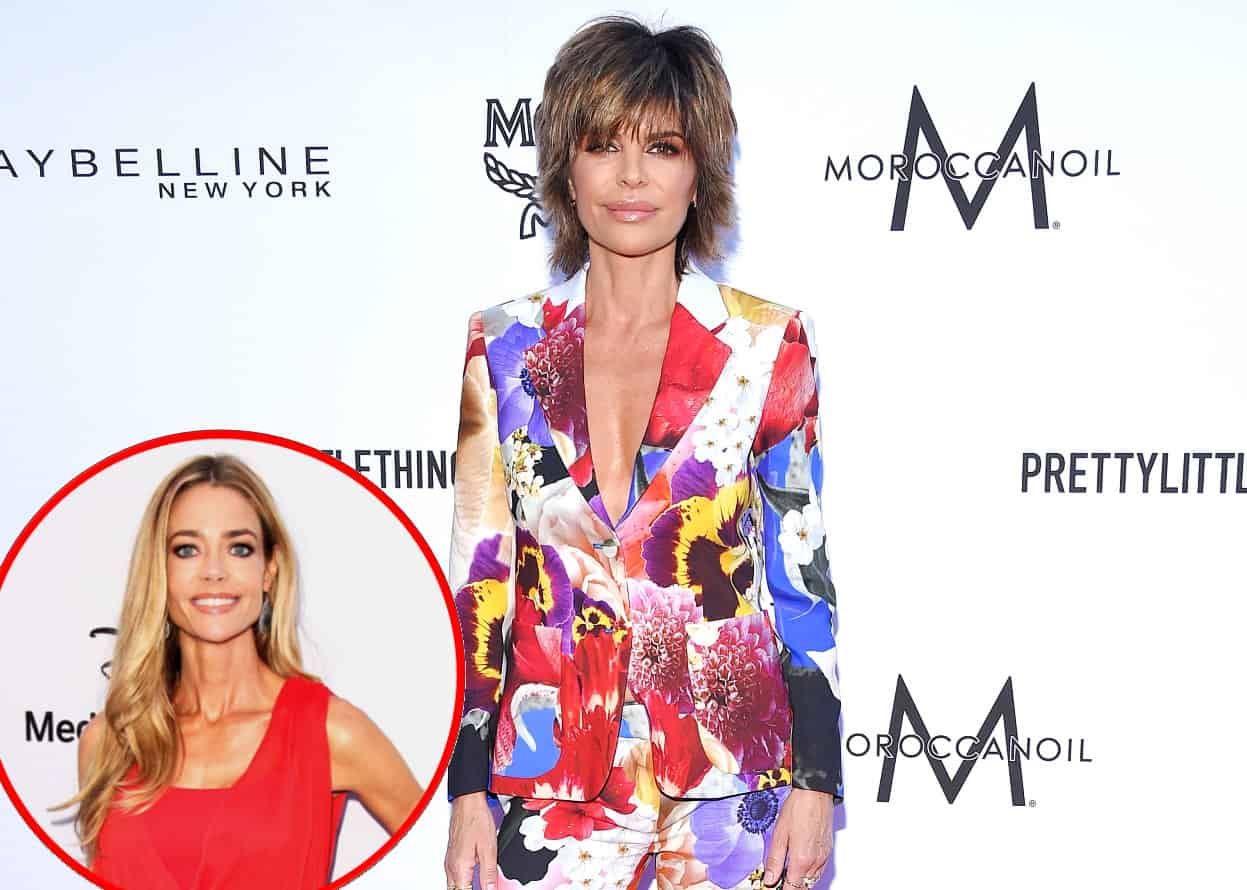 Lisa Rinna is fighting back against claims of failing to be a real friend to her Real Housewives of Beverly Hills co-stars.

After Denise Richards was seen questioning why Lisa didn’t have her back against the cast on the latest episode of the show on Wednesday, Lisa responded to a fan who called her out for being “a friend to no one” before reacting to the possibility of hosting her own Watch What Happens Live-style talk show.

“You’re a friend to no one,” one of Lisa’s Instagram followers wrote in the comments section of her latest pic.

“I am a friend to myself,” Lisa replied. “I have my own damn back.”

During the July 8 episode of RHOBH, Denise was seen telling her husband, Aaron Phypers, that if it were Lisa who the cast was going after, she would have stepped up and had her back. She then said that Lisa did no such thing on her behalf when the other ladies were accusing her of hypocrisy and mom-shaming.

Also on social media on Wednesday, Lisa reacted to the possibility of hosting her own talk show.

“Bravo needs to do a spinoff of [WWHL], but like a daytime version, and have [Lisa Rinna] host it. Just imagine that! Queen Rinna is like a PERFECT talk show host,” one of her fans suggested. 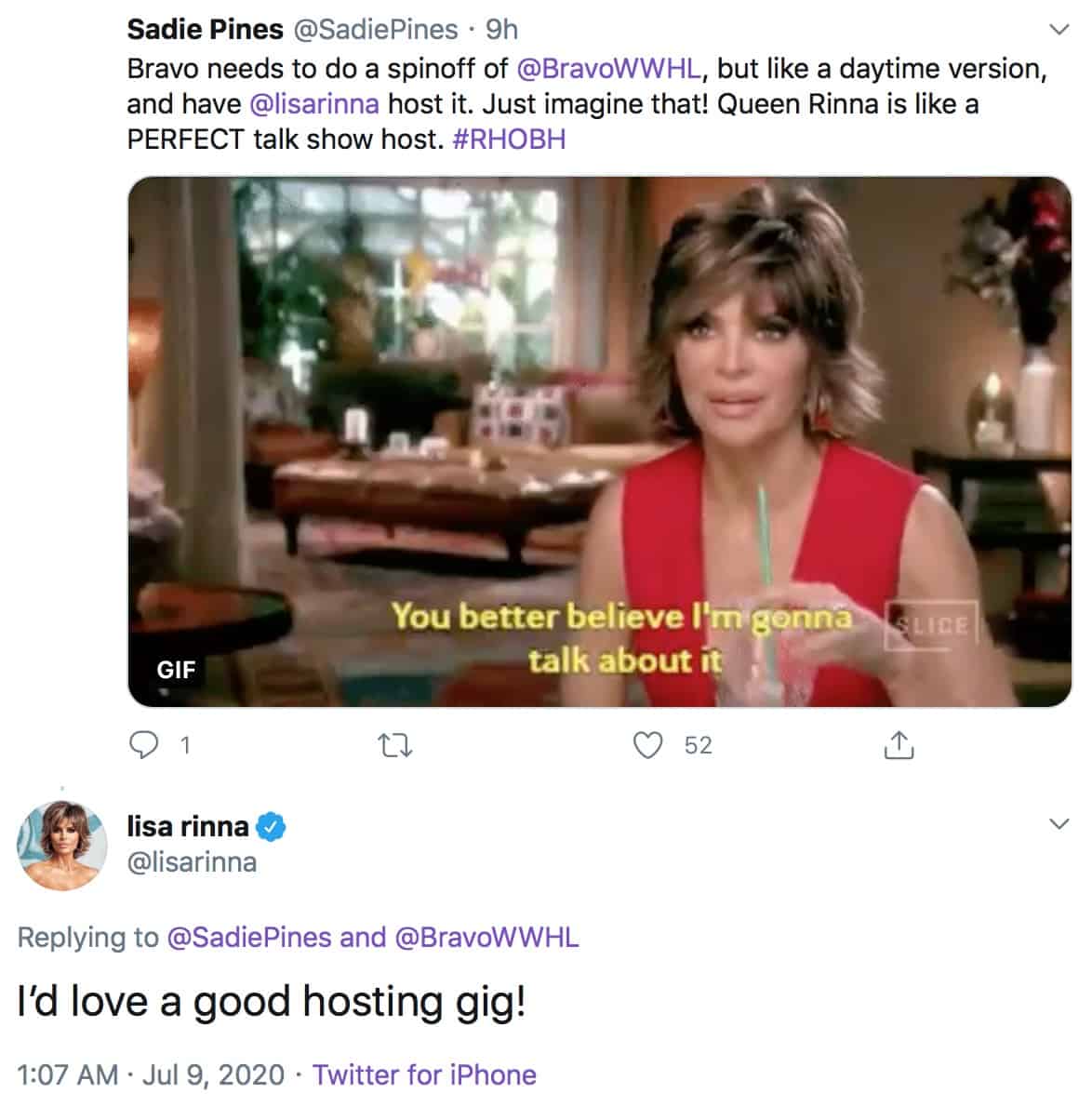 In response to the possibility, a couple of Lisa’s fans weighed in with excitement.

“I think it would be an awesome show! Interview housewives that don’t get along that well! [Lisa Rinna] will get them popping off in 2.5 sec! It would be iconic. [Andy] do it now from her house please,” one person said.

“You would be BRILLIANT!” wrote another.