Home Real Housewives of New York City News Dorinda Medley Responds to Jill Zarin Claiming She “Blocked” Her From Attending RHONY Cast Trip to the Berkshires, Reveals if She Keeps in Touch With Bethenny Frankel

Dorinda Medley Responds to Jill Zarin Claiming She “Blocked” Her From Attending RHONY Cast Trip to the Berkshires, Reveals if She Keeps in Touch With Bethenny Frankel 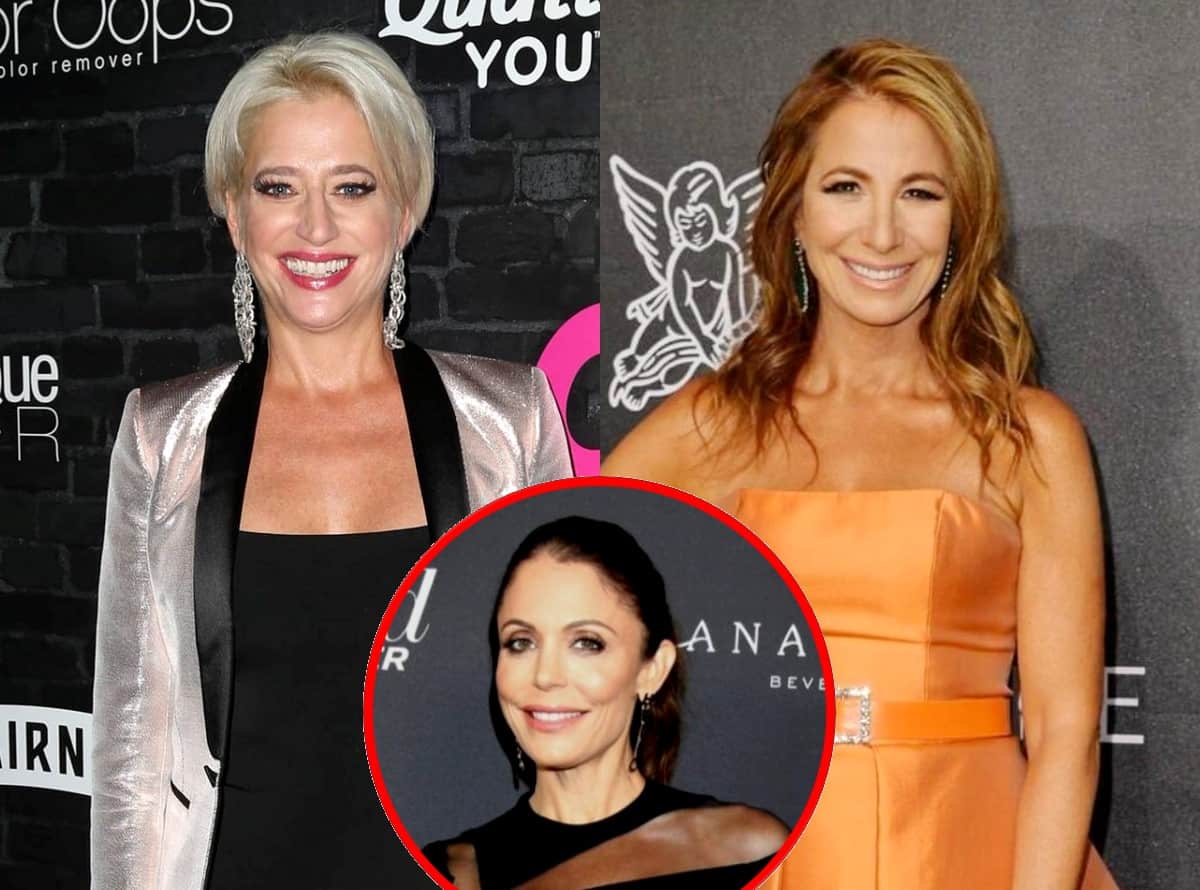 Dorinda Medley recently opened up about Jill Zarin‘s recent claims against her and addressed her current relationship with Bethenny Frankel.

After first reacting to Jill suggesting she “blocked” her from attending the cast’s trip to The Berkshires, the Real Housewives of New York City cast member confirmed where she stands with Bethenny months after she suddenly quit her role on the Bravo show.

During Dorinda’s appearance on the July 16 episode of Watch What Happens Live, host Andy Cohen asked for her reaction to Jill’s comments. Dorinda jokingly responded, “Who’s that?” before admitting that she was confused by Jill’s statements against her.

“Jill just wrote me a text wanting to give me a free outdoor carpet in this big long text, and then I saw this. I didn’t even know I had the right to invite non-cast members on a cast party,” Dorinda explained.

“That’s really not anything… It was bizarre,” she added.

During #WWHL tonight, #RHONY star @DorindaMedley responded to @JillZarin's claim that she was blocked from attending the Berkshires trip: pic.twitter.com/saFiiGn40I

During an Instagram Live session earlier this month, Jill told series “friend” Elyse Slaine that while she wanted to be part of the girls’ trip, Dorinda “blocked” her.

“She was very mean to me at the party that night… at the Halloween party. And I said, ‘I can’t do this.’ She was so mean to me,” Jill alleged. “I said, ‘You know, Dorinda, did I do something to you? You’ve been very mean to me.’ And she goes, ‘Bravo, Bravo Bravo! We’re not doing this on the show. You’re just using me to get on the show.’”

In addition to speaking about Jill, Dorinda confirmed she has kept “in touch with” Bethenny in the months since her RHONY exit.

“Absolutely,” she said when asked about the topic. “I’m in touch with a lot of the old Housewives.”