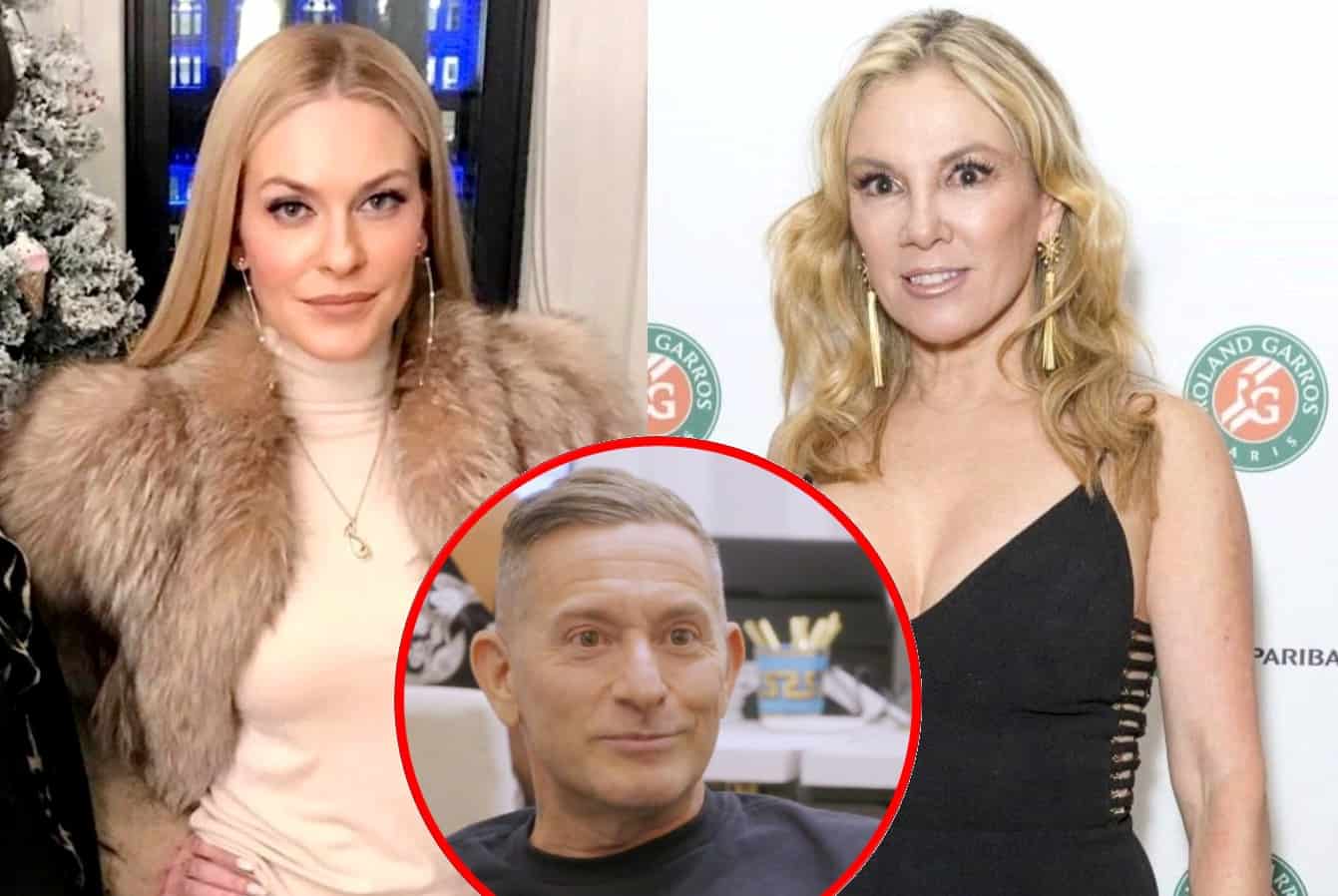 Leah McSweeney appeared on last night’s Watch What Happens Live, where she opened up about the drama between Dorinda Medley and Luann de Lesseps, her issue with Ramona Singer, and the possibility of reconciling with her ex Rob Cristofaro.

After first speaking of the latest feuds amongst the Real Housewives of New York City cast, Leah chatted with Andy Cohen about why she’s been targeting Ramona on social media and discussed her recent decision to quit drinking.

“It definitely could have been taken down a notch but also, I understand Dorinda being so upset,” Leah shared when asked about Dorinda’s antics against Luann. “I mean, Luann was out of control, being like, ‘It’s all about me. This is my show. I don’t need you in my show.’ But, of course, it could have been solved in a better way.”

In addition to Dorinda’s drama with Luann, Leah has experienced her own on-screen drama with Ramona, who threatened to leave production because of Leah’s racy behavior at her birthday party on Thursday night’s episode.

Speaking of her challenges with Ramona, Leah said, “I feel belittled. I feel betrayed. And when someone tries to make me feel as if I am inferior to them, it doesn’t end well. At first she was very warm and loving to me and then she took it away. That’s the issue.”

She also teased that during next week’s episode, Ramona will be seen crossing “a line that is a very serious line.”

Based on Leah’s Instagram Stories, it appears she might be referring to a seemingly insensitive comment Ramona made in a preview of next week’s RHONY episode about people who suffer from Bipolar Disorder. A comment that appears to have been targeted at Leah. 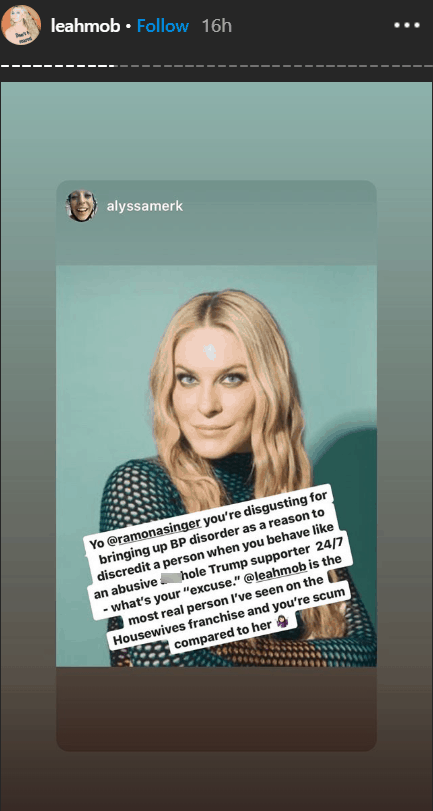 Later, on the WWHL: After Show, Leah weighed in on a potential reconciliation with her ex, Rob.

“Absolutely not,” she confirmed. “We have great chemistry as friends and co-parents and exes. If me and him were dating or trying to have a relationship together or live together, we would hate each other and be ruining our daughter’s life.”