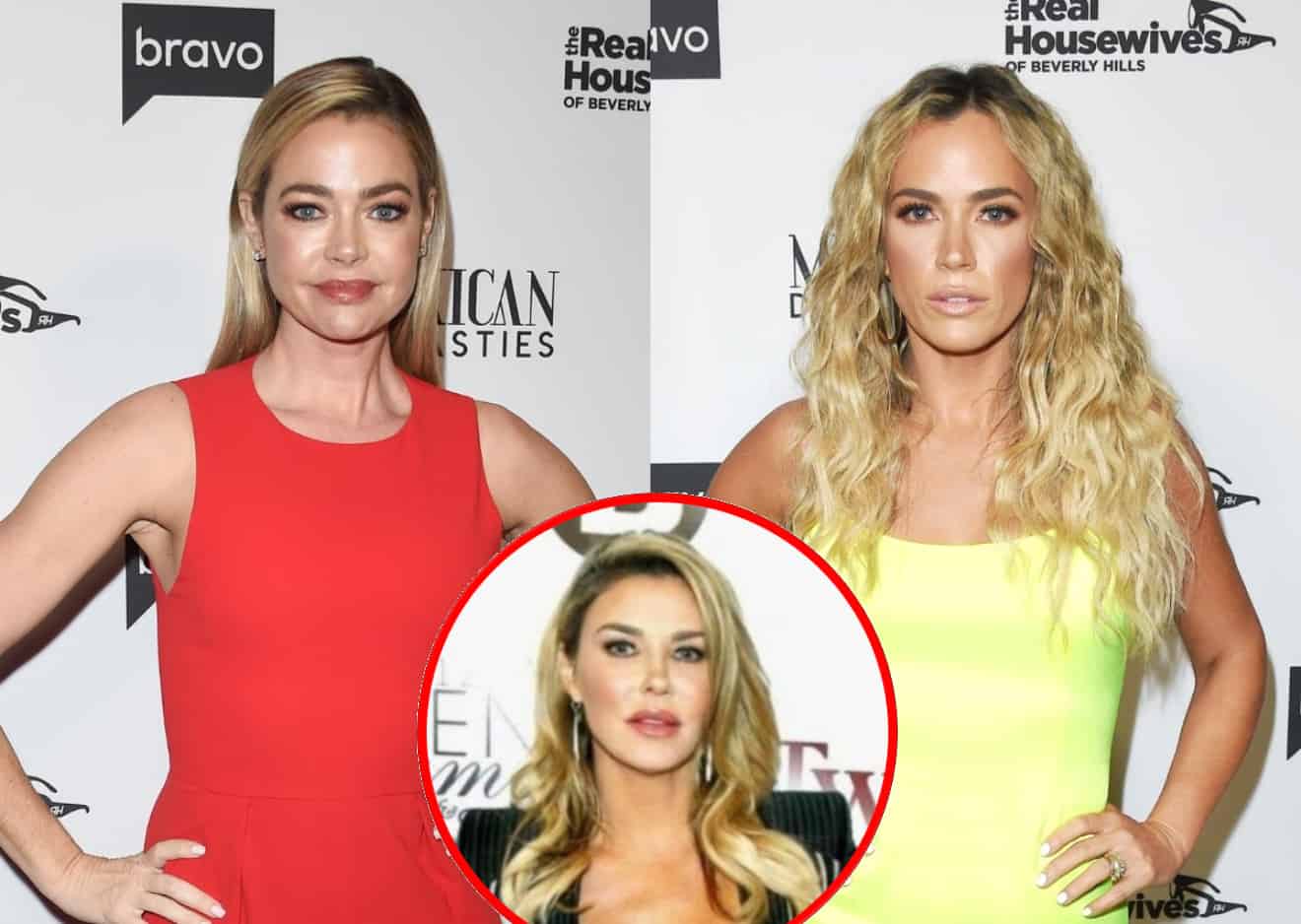 Wednesday night’s episode of The Real Housewives of Beverly Hills gave us the “that” heard around Rome as Teddi Mellencamp finally confronted Denise Richards about some seriously juicy Beverly Hills gossip.

During their tense dinner conversation, Denise vehemently denied all allegations Teddi relayed from Brandi Glanville regarding problematic things Denise was supposedly saying behind the women’s backs.

Then, Teddi teased something “really bad” that Brandi also shared, to which Denise replied, “And I’m telling you — there’s no truth to that!”

Struck by her response, Teddi asked, “So you already know what it is?”

The discussion between the two now has fans arguing over grammar logistics and demonstrative pronouns.

Did Denise already know what Teddi was referring to when she claimed there was “more” to reveal — and was it the affair rumors — or was she simply thinking Teddi would drop more alleged insults about the women? Or was she referring to neither and her saying “there’s no truth to that!” was completely innocuous?

Denise is now responding to fan speculation around the conversation. She replied to a fan on Twitter who took issue with her response to Teddi.

“Then why did Denise say ‘it didn’t happen!’ Like she knew what Teddie [sic] was going to say???” one user asked.

“I didn’t know what teddi was going to say,” Denise responded. “Nothing surprises me at this point.”

As the Brandi-Denise affair drama begins to unfold on screen, Brandi is staying persistent with her claims, taking to Twitter during last night’s episode to keep it simple and to the point.

The rumors continue to wreak havoc next week on The Real Housewives of Beverly Hills, which airs Wednesdays at 9 p.m. on Bravo.