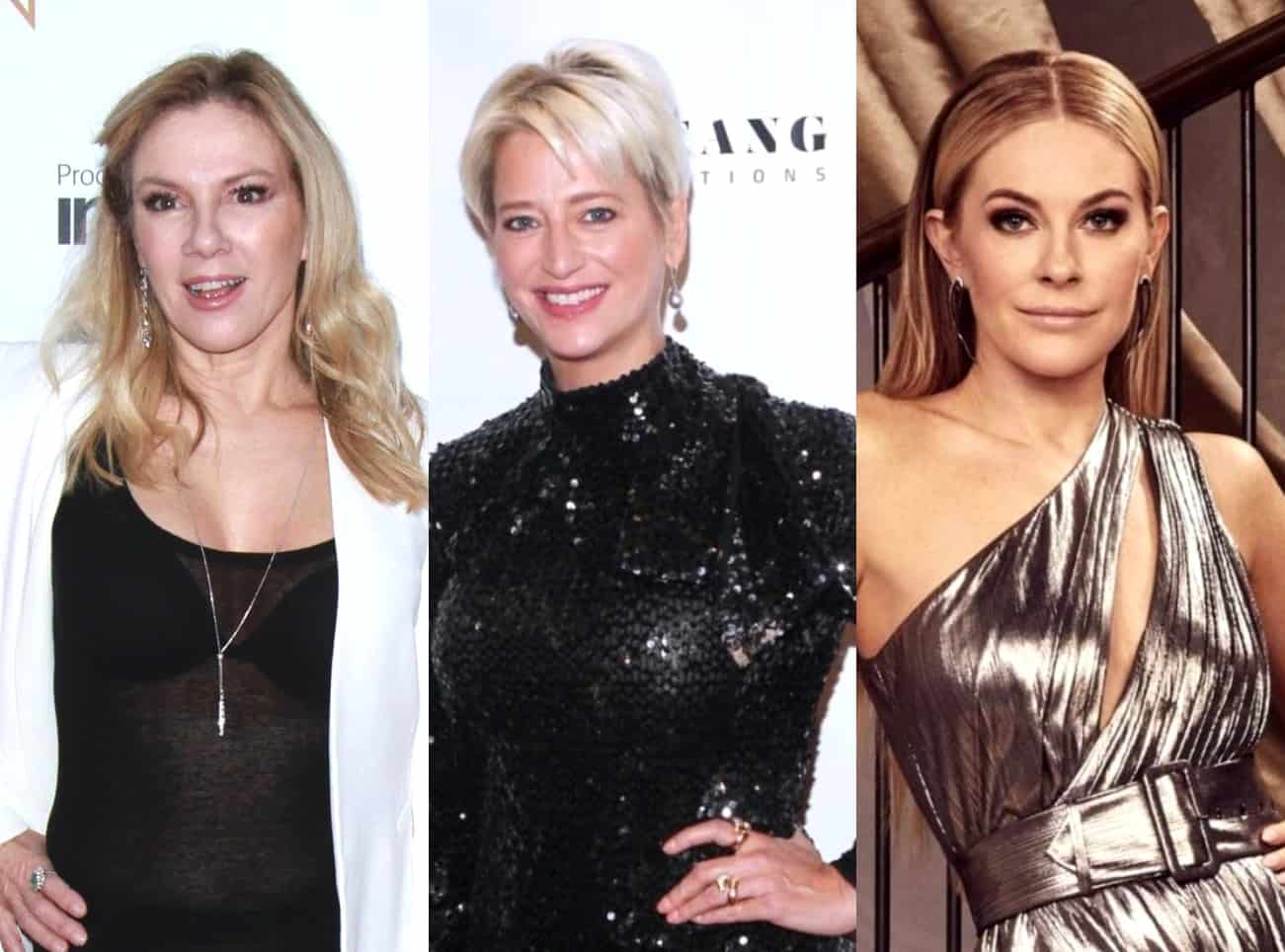 Ramona Singer is especially concerned about what she feels is some “scary” excessive drinking in the group.

In a sneak peek of this week’s episode, the Real Housewives of New York City star confides in her co-star, Luann de Lesseps, on their Mexico vacation regarding the heavy drinking of the other women.

“I’m drinking water because of some of the girls in our group, because I don’t wanna end up like some of these other girls that we’re around — not mentioning names,” Ramona tells Luann in the clip. “I feel like you and I are the only ones who are straight!”

“Well listen,” Luann responds, “Dorinda … you know how she gets when you talk about drinking. She said you told her to go to AA.”

“Actually, I think she should go to AA,” Ramona replies. “She drinks way too much.”

“I don’t know if Dorinda needs to go to AA or not,” Ramona then said in her confessional, “but just stop name-calling and saying Sonja has a problem when obviously, you have a bit of a problem yourself.”

The scene then cuts to Dorinda and Leah’s conversation at the outdoor bar of the residence, as Dorinda reflects on Ramona’s treatment of her.

“I can’t believe she attacked me like that!” Dorinda confides in Leah.

“She really hurt my feelings,” Dorinda begins to cry as Leah consoles her.

Back to Ramona and Luann, the two continue to discuss the heavy drinking as Ramona claims she and Luann are the only “normal” ones in the group.

“We just got here, let’s not attack her for drinking,” Luann butts in. “They’re serving tequila up there and whatever–”

“And then you talked about how she’s on medications …” Luann responds, bringing up Ramona’s discussing Leah’s Bipolar II disorder diagnosis as a reason for her behavior.

Continuing their feud off-screen as much as on, Leah took to her Instagram stories on August 4 to fire back at Ramona’s comments about the drinking on the show.

In her story, Leah shared a screenshot of a fan calling out Ramona for “acting like a jerk” this season and “treating Leah horribly,” to which Ramona said, “[I]t’s been a rough season for all especially with all the drinking going on[.]”

Leah then fired back at Ramona, taking a dig at her calling the Mexico house staff “servants” in last week’s episode.

“No matter how drunk and ‘crazy’ I behaved … I still never called anyone a servant,” Leah scoffed. “What is her excuse?” 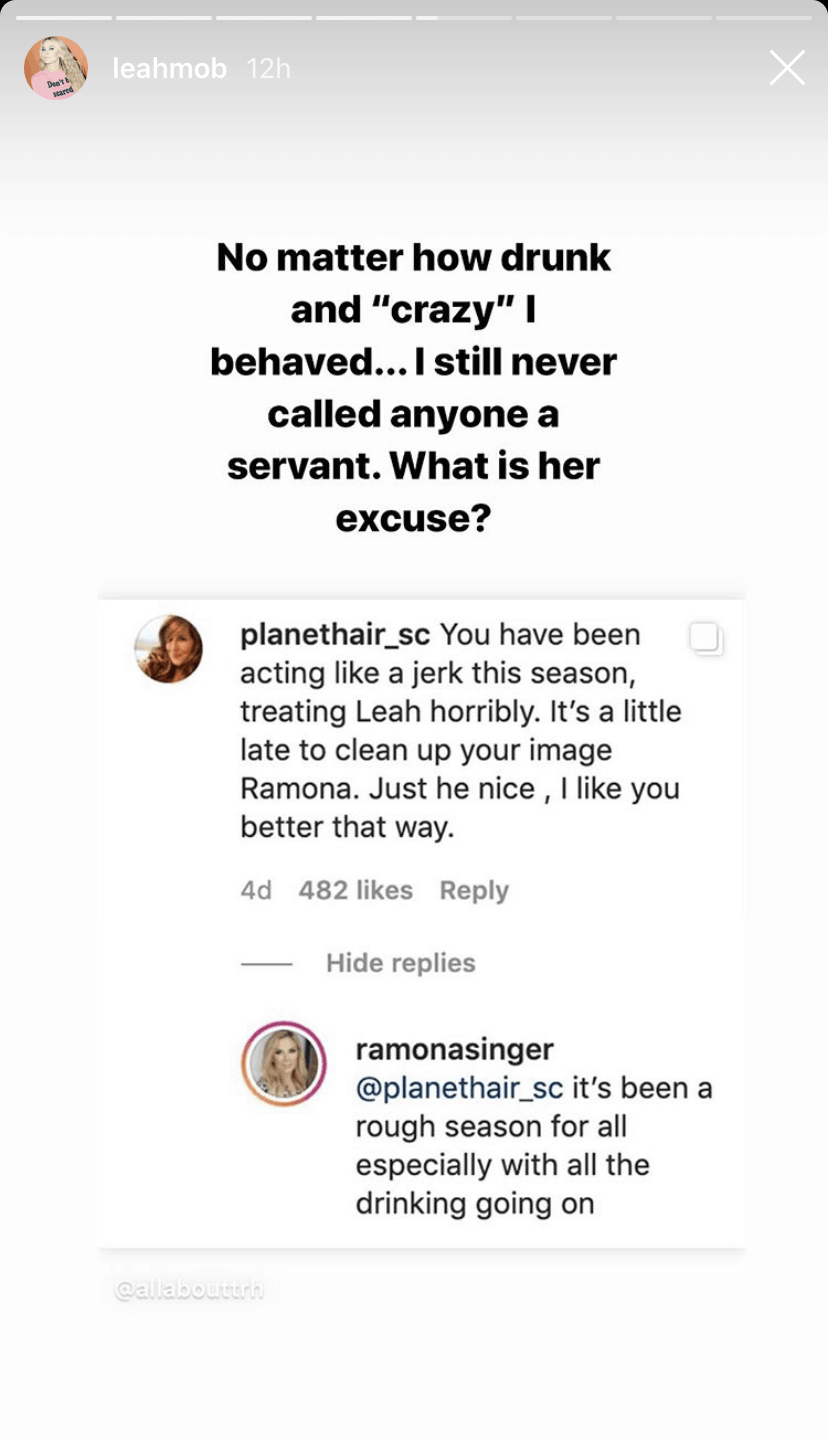