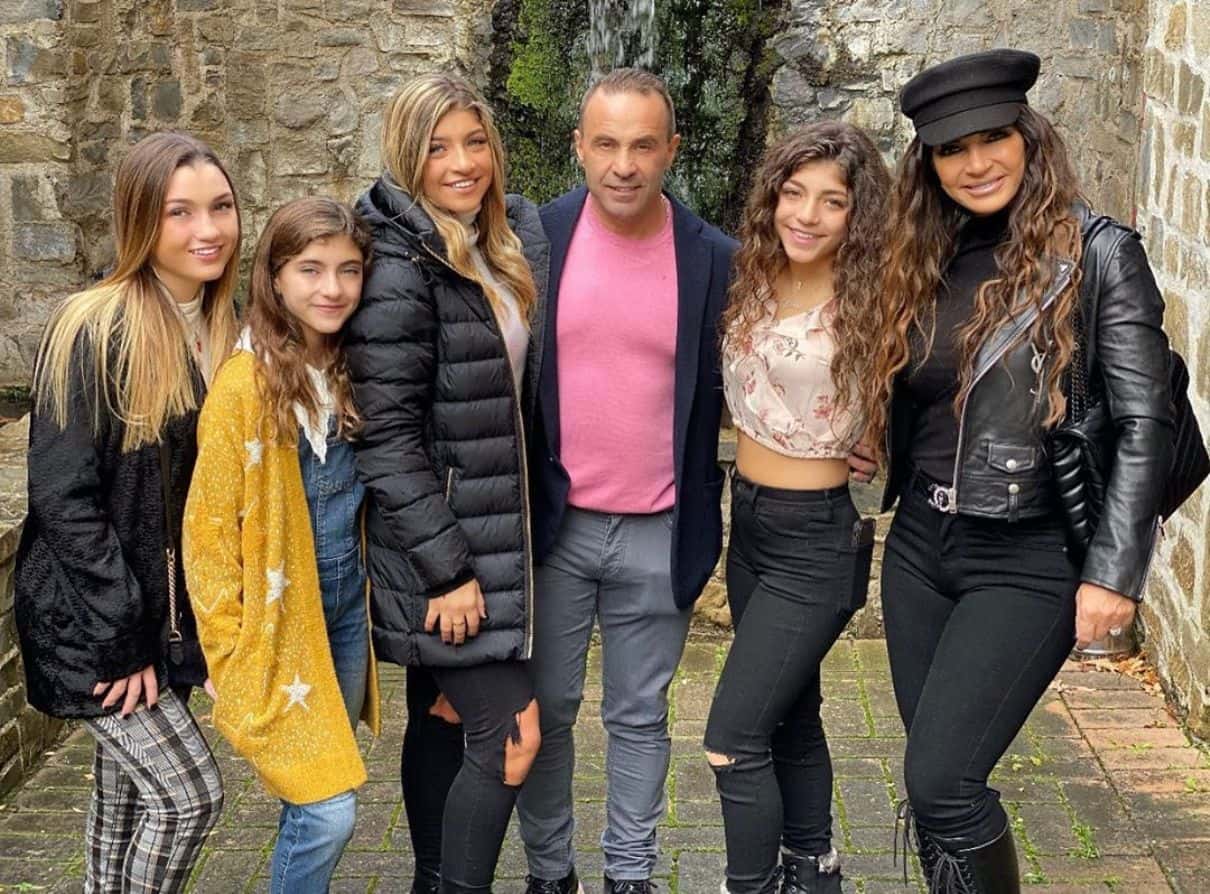 Oceans away, Joe Giudice is opening up about not being able to see his daughters amidst the coronavirus pandemic and where he stands with ex Teresa Giudice.

Despite all the challenges the Giudice family has faced over the years, dealing with jail time, Joe’s deportation, and now his and Teresa’s separation, they still seem to manage to stay strong amidst everything.

Joe was already struggling with some not-so-easy travel arrangements for 2020, considering the coronavirus outbreak that greatly affected Italy and still has its grip on the United States. The outbreak has caused significant travel bans and great uncertainty for travelers moving throughout the globe.

Now, the initial plan for an August trip to Italy is officially canceled, causing great strain not only for Joe, but also for his girls.

“In the end, while we all hurt, I’m the one truly missing out,” Joe began in a new interview with Celeb Magazine on August 3. “I miss seeing their beautiful faces. I have so much to show them in Italy. This summer was supposed to be US TAKING ON ITALY!”

Joe added, “It surely breaks our hearts not to see each other in person. We speak and FaceTime every day [and] at [the end of the day], safety is Teresa and my first priority as we co-parent.”

When asked if he believed Teresa was keeping the girls from seeing him, he joked that “Teresa can’t open borders,” and he re-affirmed that international travel was only complicated by the pandemic, not any familial drama.

“Teresa and I talked about our future when she and the girls were in Italy and decided it was best to speak only based on [the] girls’ behalf.  We’ve got different views on things,” he revealed. “She is wrapped up in the way they look. I believe true beauty is on the inside — be confident and smart.”

Joe might be hinting at his eldest daughter Gia Giudice‘s recent nose job — something both parents showed support for (although Joe was initially hesitant).

Even with their different parenting styles and views, Joe still insisted that he and Teresa love their girls “equally” and that there are “no hard feelings” between the two.

The father of four also despondently shared that he was looking forward to having his daughters see his place in Salerno. He was excited to have them explore the surroundings and the updates on their late grandfather’s former home he’s currently renovating on his YouTube show This Old Villa.

“I really wanted my girls to see the progress I made on [their] grandfather’s house; this means a lot to me,” he said. “I wanted to really appreciate and explore this place with my girls.”