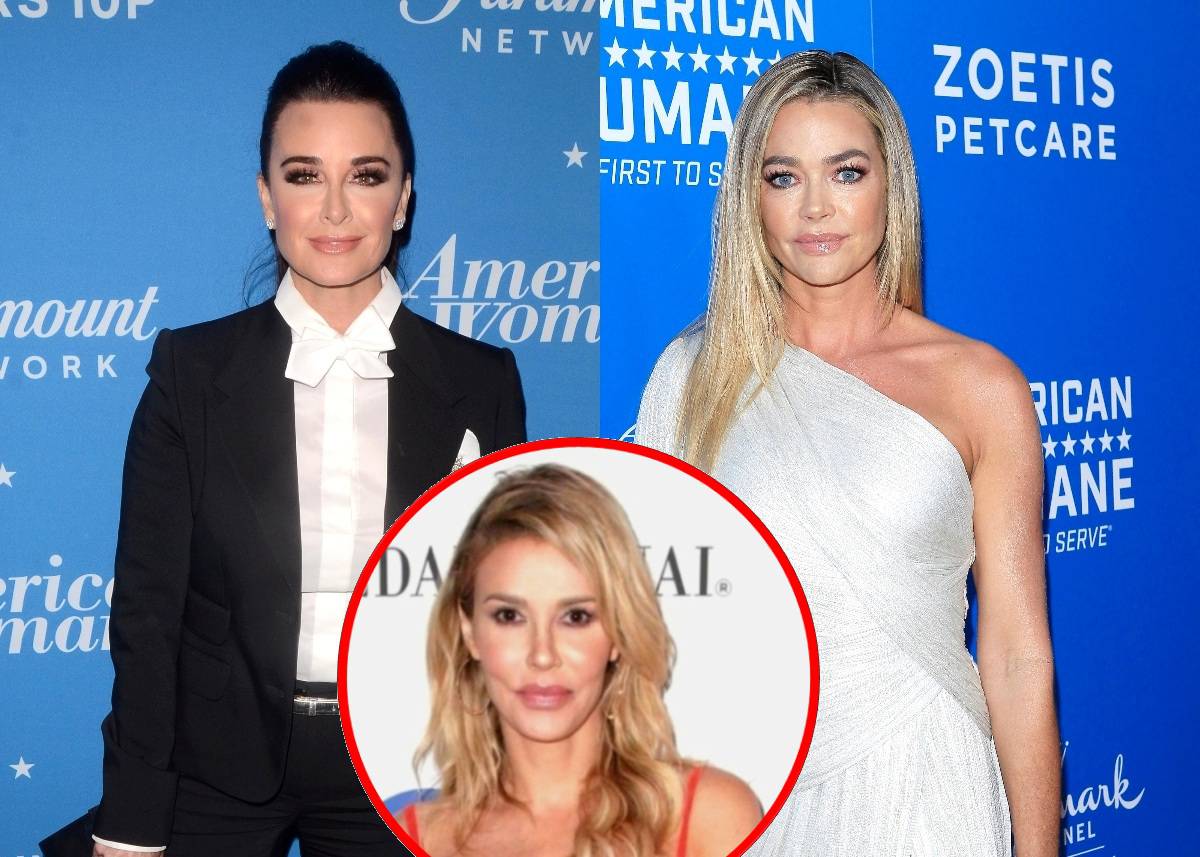 Kyle Richards was amused when Denise Richards suggested that Brandi Glanville claimed to have slept with another member of the Real Housewives of Beverly Hills cast on the August 5 episode of the show.

After Denise revealed to the ladies in Rome that Brandi had told her she slept with a lot of women, including one of the women present during their cast dinner, Kyle suggested Denise’s claims were “obviously made up” and slammed her co-star for refusing to be honest after other members of the series weighed in.

“I looked around the table and I was like, ‘Let me do the math here… She barely knows Teddi. She doesn’t know Sutton. She doesn’t know Garcelle.’ And I’m like, ‘Oh, that leaves Lisa Rinna or me, which is hilarious,'” Kyle recalled on the RHOBH: After Show. “I was like, ‘Just say it’s none of our business,’ or say, ‘It’s not true. Believe what you want.’ But to say that, I was like, ‘That didn’t happen. You just came up with that last night in your hotel room.'”

As for the thoughts of the rest of the cast, Dorit Kemsley joked that Kyle is the only person Brandi could have possibly alluded to in her alleged conversation with Denise about the women.

“In my mind, I was thinking, ‘Well, that could really only be Kyle,'” Dorit admitted.

Sutton Stracke was also a bit confused by Denise’s claim and said it made her wonder if Brandi was making up the story about her and Denise’s affair.

“‘Maybe [Denise] didn’t know her that well. Maybe Brandi is making this stuff up.’ That’s what I was thinking,” Sutton shared. “Like, ‘Maybe Brandi’s just making this sh*t up.'”

As the RHOBH: After Show continued, Kyle said she was thrown off by the way Denise completely denied Brandi’s claims of hookups during the previous episode and suggested she barely knew Brandi before revealing supposedly top-secret information shared between the two of them just one day later.

“She went in so hard with the ‘I don’t know her. This is not true.’ And then came back 24 hours later and sits down at the table and says, ‘Well actually, she said that she slept with one of you guys at the table, too,'” Kyle stated. “I was like, ‘Okay.’ It’s so obviously made up and invented on the spot.”

“Then, I’m like, I just didn’t feel like we were dealing with anybody who wanted to be honest and speak the truth,” she added.